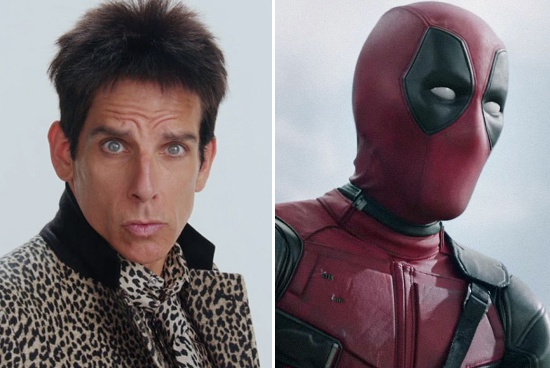 Deadpool, The Revenant, Zoolander 2, and more!

(SPOT.ph) As the Oscars draws nearer, we're getting a pretty good roster of award-season films to catch in cinemas! But if you're up for a few scares or maybe just some laughs, there's something for you this February, too.

Academy Award winner Alejandro González Iñárritu directs this highly anticipated film set in the 1800s, where a frontiersman (Leonardo DiCaprio) is brutally injured from a bear attack and is left for dead. He must now utilize all his survival skills to return home and take revenge on his former confidant (Tom Hardy) who betrayed him.

Directed by Tom Hooper, this biographical drama stars Eddie Redmayne as artist Einar Wegener, who is best known as one of the first recipients of sex reassignment surgery. The film also stars Alicia Vikander as Einar's wife, Gerda Wegener, who also navigates his groundbreaking transition into Lili Elbe.

Just one week before his wedding, an uptight lawyer (Zac Efron) is tricked into driving his grandfather, a foulmouthed former Army Lieutenant-Colonel (Robert De Niro) to Florida for spring break. You can imagine the kind of hijinks that ensue.

Ryan Reynolds plays Marvel fan-favorite Wade Wilson, a former Special Forces operative who is subjected to a rogue experiment that leaves him with accelerated healing powers. He adopts an alter-ego, Deadpool, to hunt down the man responsible for ruining his life.

Blue Steel is back! Ben Stiller and Owen Wilson reprise their iconic roles as Derek Zoolander and Hansel, respectively. Together, they must stop a conspiracy to kill the world's most beautiful people. The film also stars Penelope Cruz, Kristen Wiig, and Will Ferrell. Watch for some awesome celebrity cameos from Benedict Cumberbatch, Justin Bieber, Kim Kardashian West, and more.

How To Be Single

This biography from director David O. Russell centers on the titular character, Joy (Jennifer Lawrence), who rose to become a founder and matriarch of a massive business dynasty. Other cast members include Bradley Cooper, Robert De Niro, Isabella Rossellini, and more.

It's not just drama or comedies this month! For a dose of horror, check out The Forest, which stars Game of Thrones' Natalie Dormer as Sara, who investigates the mysterious disappearance of her twin sister in Japan. Her search leads her to the legendary Aokigahara Forest, also known as the Suicide Forest.

Based on the 2007 Nicholas Sparks novel of the same name, the film adaptation revolves around the unlikely relationship of Travis (Benjamin Walker), a cocky ladies' man and Gabby (Teresa Palmer), a feisty medical student. Other cast members include Tom Welling, Alexandra Daddario, and Maggie Grace.

February 2016 Movies Release Dates
Your Guide to Thriving in This Strange New World
Staying
In? What to watch, what to eat, and where to shop from home
OR
Heading
Out? What you need to know to stay safe when heading out