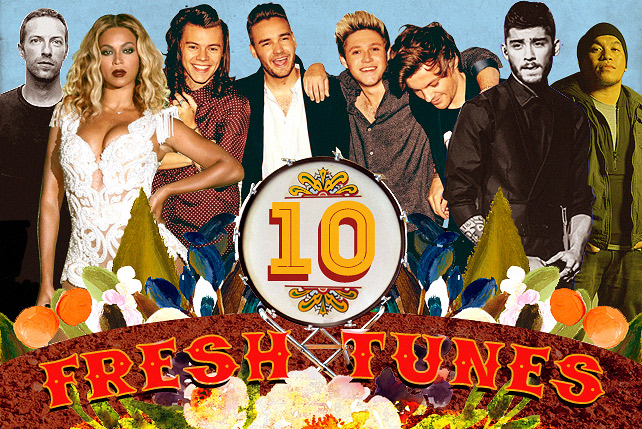 February is sounding great with tracks by Coldplay feat. Beyonce, One Direction vs. Zayn, Quest with Clara Benin, and more! 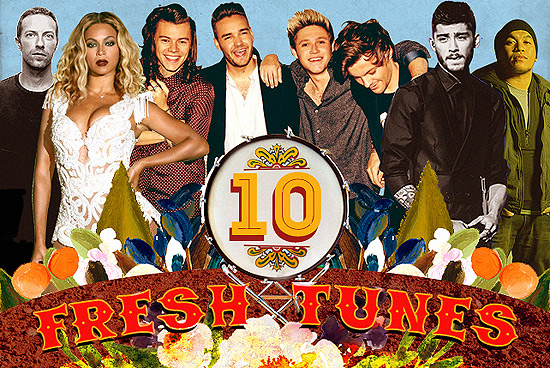 Song: "Hymn for the Weekend"

Coldplay's music video for their second single "Hymn for the Weekend,” which features Queen Bey herself, is facing backlash for what some say is cultural appropriation. Nevertheless, the music and accompanying visuals are vibrant and explosive. The track is an upbeat party anthem with standout piano and a side of dreamy female vocals.

Summer is upon us, and there are no better music buddies to spend it with than the fun- and rock-loving Cheats. The band's latest single features sweet female vocals against a sunny pop-rock background. It's the perfect soundtrack to an adventure-filled summer.

Many hearts are breaking over what could be the boys' last music video, released before their upcoming hiatus. Clips from the boy band's appearances in The X Factor, recordings, concerts, and tours are shown, reminding everyone of the group's insane rise to fame. And yes, Zayn is in the footage, making the music video an even more emotional piece.

Fun fact: One Direction was formed in 2010 in the British singing competition The X Factor.

Rapper and R&B artist Quest and indie-folk singer Clara Benin team up in this poetic number. Quest delivers well-written verses as Benin chimes in with her soulful and delicate vocals. "No Greater Love" is a powerful and meaningful collaboration between two of local music's most talented acts.

Fun fact: Quest, a.k.a. Jose Villanueva III, has been a supporter of Benin since the beginning of her music career.

Meanwhile, former Directioner Zayn just released his debut solo single with its accompanying trippy and sultry music video. There's absolutely nothing One Direction about the music. The R&B track, although quite generic and at times sounding like it could be straight out of a Chris Brown discography, is proof of Zayn's guts to leave behind his successful boyband persona to try his hand at another rather competitive genre.

Indie rock band She's Only Sixteen's "Sweden" opens with an irresistible guitar and keeps you hooked with its sonic groove. But behind all that funky, dreamy sound is some sentimental lyricism that adds depth and complexity to the track.

Fun fact: She's Only Sixteen will be at the GoodVybes Fest on February 20 at the Aseana City Open Grounds in Parañaque City.

The five-piece indie-folk band from Iceland just released the music video for their latest single, "Wolves Without Teeth," a melancholic and dark tune with dominating guitars and drums. Of course, there's the made-for-each-other vocals of Nanna Bryndís Hilmarsdóttir and Ragnar Þórhallsson that add to the band's signature sound.

Fun fact: OMAM will perform live in Manila on May 12 at the World Trade Center, Pasay City.

Rapper Curtismith smoothly delivers honest verses alongside crazy-good beats by London-based Ashley Warden (AJMW). It's a laid-back rap track with a chill vibe that ends too early, in our opinion—a good teaser that makes us want to find out what this young artist is up to next.

With "Wide Open," the collaborating artists bring listeners electronic music that has both beats and depth. The dance track is pleasant and features hypnotic sonic sounds, but what really catches your attention is the recently released music video that uses kick-ass visual effects to create a lattice-like, hollow skin for the featured dancer.

Fun fact: "Wide Open" is off The Chemical Brothers' album Born in the Echoes, which was released in 2015.

"Landings" is both whimsical and haunting. The ethereal, trippy single features faint vocals that are like voices in your head. They are drowned out by rich electronics that can transport any listener to a totally different dimension.