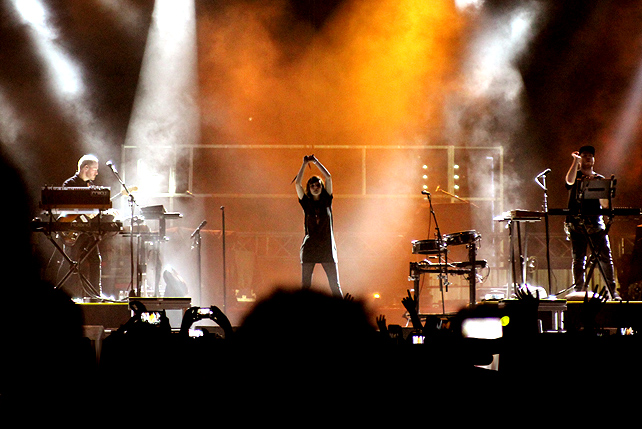 It was a glorious night for indie music fans in Manila.

(SPOT.ph) It was well past 1 p.m., and yet the scorching sun did nothing to dampen the spirits of concertgoers. The gates to Aseana City Open Grounds were still firmly shut, but that didn't stop music fans from arriving early to line up for GoodVybes Fest 2016.

Despite waiting in line for a handful of hours, the crowd's energy was palpable. Many comfortably settled on the grassy field—which was arguably more dust than grass, but nobody seemed to mind that much. Others roamed around the grounds to check out the band merch for sale, as well as the lineup of food stalls and activity booths. 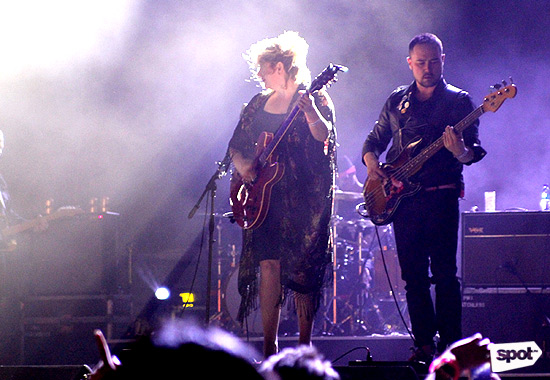 It was around 6 p.m. when the first international act hit the stage: Canadian-based indie rock band, Stars, with a rousing rendition of their hit song, "From the Night." The prolific band made sure to cover all the bases, from dance-y tracks in their latest album to old favorites like "Take Me to the Riot," "Dead Hearts," and "One More Night." 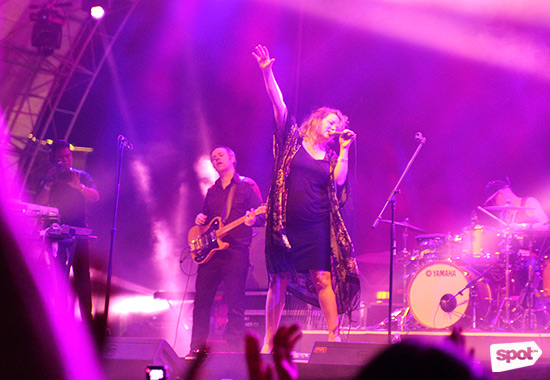 At the end of their set, vocalist Amy Millan thanked Manila for the warm welcome and cheerfully added, "I hope this all ends in sex!" 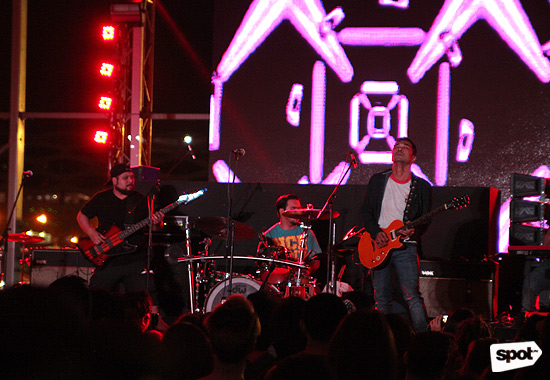 Shortly after, Kjwan thrilled OPM fans with a 30-minute performance at the smaller Beat Tent. Lead vocalist Marc Abaya was as magnetic as ever. 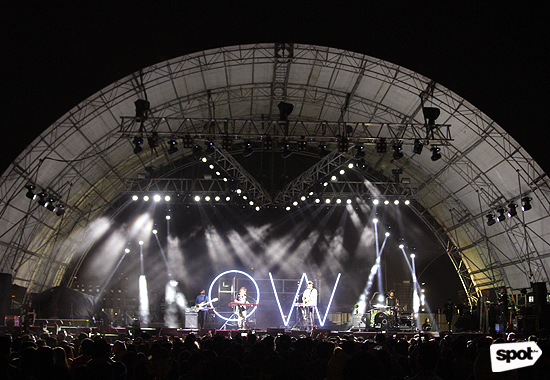 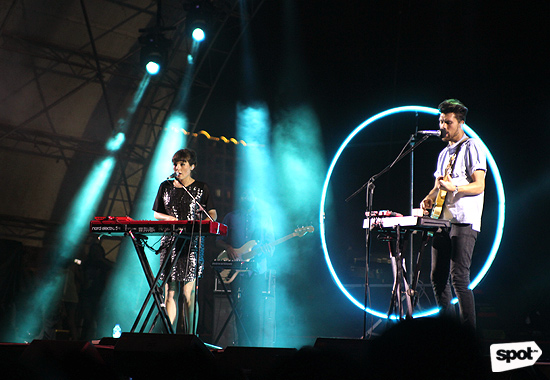 As Kjwan wound down to a close, Oh Wonder geared up for their performance on the Main Stage with a massive light set that spelled out their initials. 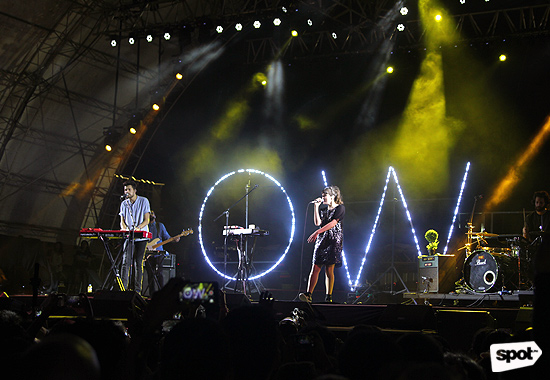 The pop duo from London's electropop music scene set the perfect mood for the evening. We spotted plenty of couples in the crowd grooving (and cuddling) to their music, too. 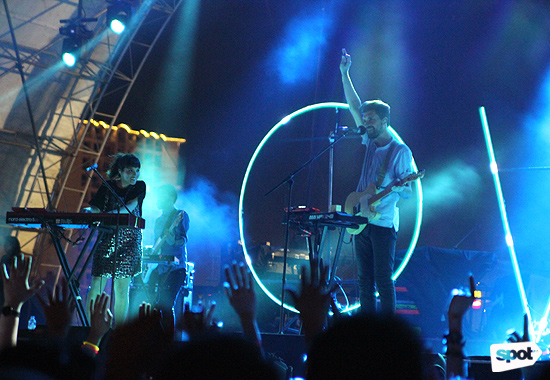 Josephine Vander Gucht couldn't help but gush about how music fans from across the world knew all their lyrics. 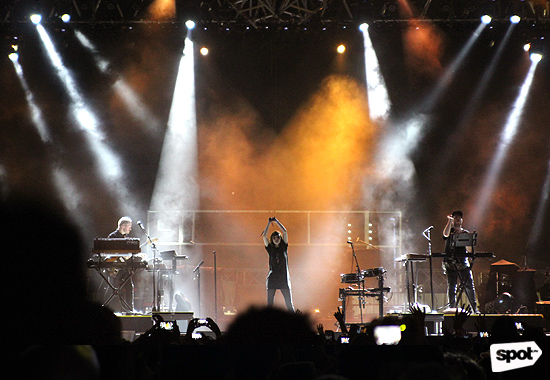 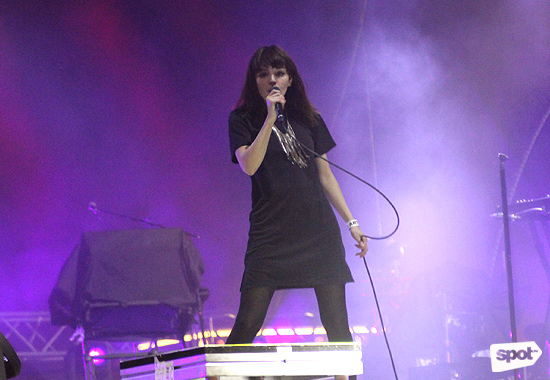 It was around 10 p.m. when Good Vybes' main headliner, Chvrches, finally took the main stage. Lead singer Lauren Mayberry may have been tiny in person, but she commanded the stage with her vocals and high-energy performance. 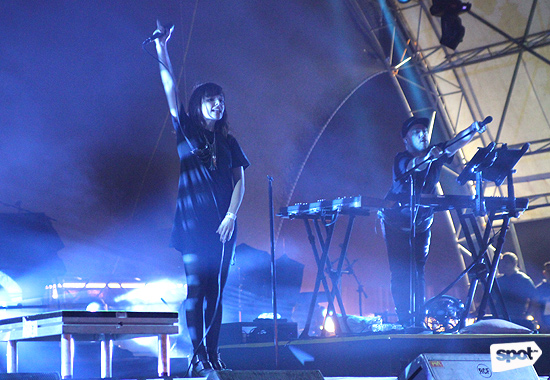 She also gamely interacted with her bandmates and the crowd, yelling, "I'm sweaty! Is anyone else here really sweaty?!" (It's no surprise that she was, considering she spent most of their set running around the massive stage.) 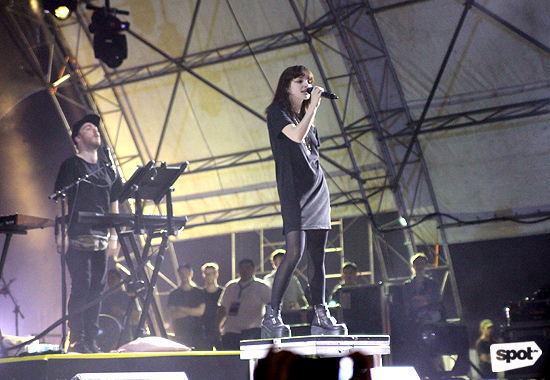 The Scottish electronic band, who first visited Manila in 2014, had a triumphant return, singing much-loved tracks like "Leave a Trace," "The Mother We Share," "Make Them Hold," and "Tether." 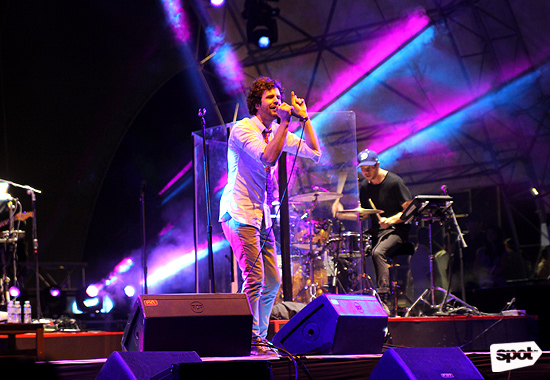 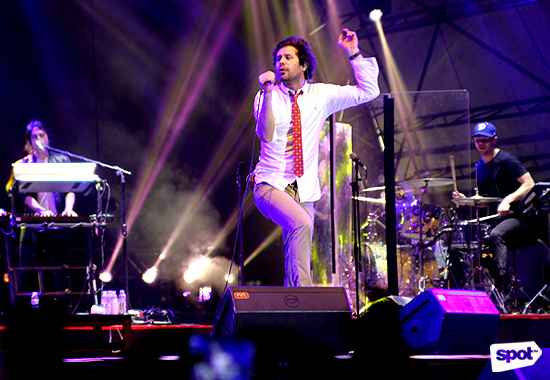 Although fans had to wait for months to finally see Passion Pit—they had to reschedule their original concert slated for August 2015 due to health concerns—the indie-electronica band made it worth their while. They opened their set with "Little Secrets," which immediately had fans jumping to their feet to dance to the beat. 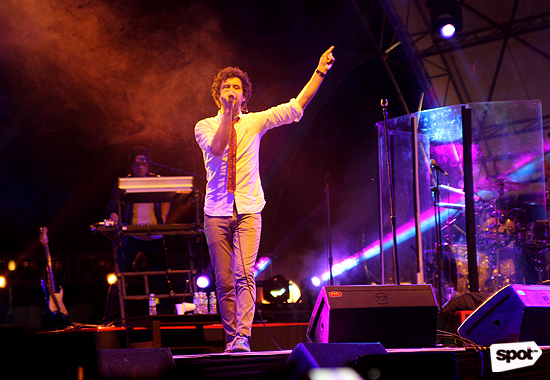 They sang a total of 15 songs that included "Dancing on the Grave," "Constant Conversations," "To Kingdom Come," and "Carried Away." Just when fans thought it was all over, the band closed their electrifying show with their most popular song, "Sleepyhead."