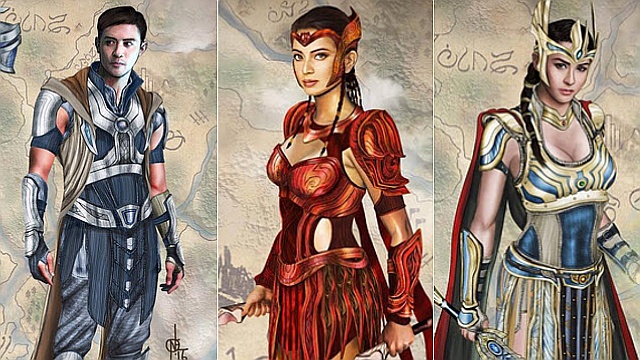 Meet the new cast of Encantadia 2016

(SPOT.ph) GMA Network has finally unveiled the cast for the highly anticipated 2016 reboot of Encantadia. The ensemble cast is a mix of familiar favorites and new faces, similar to the original cast from over 10 years ago.

Marian Rivera will play Minea (also known as Ynang Reyna), mother of the four Sangg'res that guarded the precious gems that kept their world safe. The role was previously played by Dawn Zulueta (who recently gave Marian her blessing).

Dingdong Dantes will be playing Raquim, the father of Amihan and the prince who will fall in love with Minea. The role was previously played by Richard Gomez.

In 2005, Dingdong played the lead male character, Ybarro, a brave warrior who is unaware of his royal lineage. The character was in the middle of a love triangle with both Alena and Amihan. This time, he will be played by Ruru Madrid.

According to reports, the new show will be a retelling-slash-sequel to the original story. A premiere date has yet to be announced.

Also read:
Where Are They Now: The Cast of Encantadia
Top 10 Best Pinoy Fantaseryes of All Time
50% Off: 10 Half-Human, Half-Something in Telenovelas