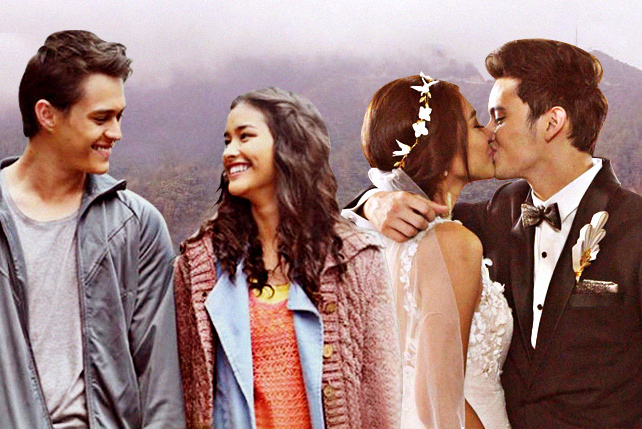 Around the Philippines in 10 Teleseryes

Want to see the country? Watch these. 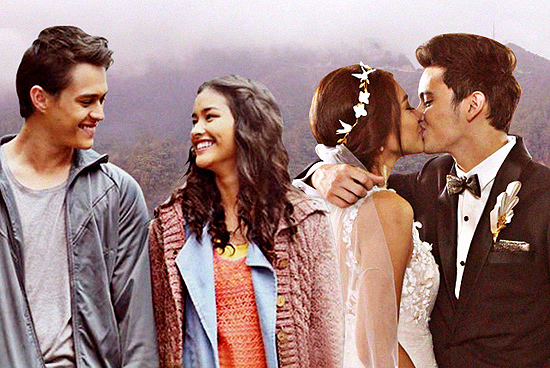 (SPOT.ph) It's the season for hitting the beach and enjoying the outdoors, but sadly, you're stuck at home or in the office. The next time you're bitten by the travel bug, sit back, relax, and binge-watch these 10 teleseryes that will take you around the Philippines' most scenic locations. You get a good dose of kilig and drama while you're at it, too!

Also read:
Around the Philippines in 10 Movies
Around The World in 10 Movies
10 Over-the-Top Teleserye Weddings
10 Books That Will Take You Around the World

On the Wings of Love

Jet off to: Vigan, San Juan in La Union, and Binondo and Escolta in Manila

Although the love story of Clark (James Reid) and Leah (Nadine Lustre) first begins in San Francisco, it actually spans plenty of places in the Philippines, too. As part of Clark's quest to meet Leah's family, the couple stop by San Juan in La Union (where they watch the sunset together) and Vigan (where they visit the famous heritage street). They also explore different parts of Manila, including an art market in Escolta, the Estero Fast Food in Binondo, and the beautiful San Agustin Church in Intramuros (where they eventually tie the knot in the show's finale).

Jet off to: Sitio Pungayan in Benguet and Baguio City

The fictional La Presa is actually a quaint village called Sitio Pungayan, where a majority of Forevermore takes place. (The show was so popular that it began to draw large numbers of tourists to Sitio Pungayan and officials had to step in with an environmental protection order). Agnes (Liza Soberano) and Xander (Enrique Gil) also explore Baguio, featuring tourist sites like Wright Park, Burnham Park, and the Manor.

Jet off to: Sitio Coto and Crystal Beach in Zambales

The pilot of the 2015 remake of Pangako Sa 'Yo opens with a breathtaking shot of a river where its two leads, Amor Powers and Eduardo Buenavista (Jodi Sta. Maria and Ian Veneracion) are swimming. The show's fictional province of Punta Verde is actually Zambales in real life; Amor and Eduardo's river is located in a fishing village called Sitio Coto in Masinloc. The show also gives audiences a look at the white sands and bright blue waters of Crystal Beach Resort in San Narciso. (Fun fact: It's a great place to go surfing, too!)

Jet off to: The Luzon province including Bulacan, Batangas, Bataan, and Pangasinan

Although GMA Network's 2011 series is mostly a historical epic, its director Mac Alejandre reportedly scoured Luzon to find the perfect backdrop to the story. Marian Rivera portrays Amaya, a binukot who, according to tradition, is purposely kept by her parents from the rest of the world. The fantasy-drama is set in the pre-colonial period of the 1500s, so expect less of the structures you see today and more of battle sequences with a stunning forest or beachside backdrop.

The Story of Us

Jet off to: El Nido in Palawan

Macoy (Xian Lim) and Tin (Kim Chiu) are childhood best friends who grow up together in picturesque El Nido, Palawan. Their blossoming romance falls apart when Tin flies to the U.S. to meet her estranged mother. If there's anything that will have you itching to hit the beach, it's a picture-perfect view of El Nido's turquoise waters. This show has it in spades.

Jet off to: Negros

This 2014 period drama is set in the '60s and follows the intertwining lives of Samuel (Coco Martin), Isabelle (Kim Chiu), and Mona (Julia Montes). The plot uses the charming Negros countryside and nostalgic ancestral homes as backdrop to the feud between sugar cane landowners and their plantation workers. Audiences can also catch a glimpse of the Ruins in Talisay, Negros, a grandiose mansion with intricate architecture overlooking an expansive garden.

Jet off to: Bohol

If you've always wanted to see Bohol, ABS-CBN's Dolce Amore gives viewers a perfect tourist itinerary. When Serena (Liza Soberano) and Tenten (Enrique Gil) fly off to Bohol, they drop by several must-visit tourist stops, including the Loboc River (where they danced tinikling with locals) and the world-famous Chocolate Hills.

Jet off to: Legazpi City in Albay

ABS-CBN's currently airing feel-good series stars Melai Cantiveros and Pokwang as two best friends who vow to have each other's backs. It's a good thing that Melai's character is a tour guide, because this lets audiences explore scenic Legazpi City in all its history and beauty. The show features spectacular views of Albay's pristine beaches, the Mayon Volcano, and the historical Cagsawa Ruins.

Jet off to: San Vicente in Palawan

Palawan isn't just El Nido and Coron. ABS-CBN's daytime series Ningning features another must-see town on the island: San Vicente, which serves as the playground of its titular character. The feel-good show puts the spotlight on the idyllic barangay of Sto. Nino, with its long stretch of white sand, glistening coastline, and lush greenery.

Jet off to: Ilocos Norte

There's more to Walang Hanggan than the drama and the grandiose wedding finale. Some scenes between Daniel (Coco Martin) and Katerina (Julia Montes) were filmed in Ilocos Norte, including the historical Cape Bojeador Lighthouse. You can also make like Daniel and Katerina, and frolic on the hill across Timmantang Rock, which offers spectacular views of the coastline and mountains.

Also read:
Around the Philippines in 10 Movies
Around The World in 10 Movies
10 Over-the-Top Teleserye Weddings
10 Books That Will Take You Around the World

Pinoy Tv Shows Pinoy Teleserye Teleserye Travel
Your Guide to Thriving in This Strange New World
Staying
In? What to watch, what to eat, and where to shop from home
OR
Heading
Out? What you need to know to stay safe when heading out