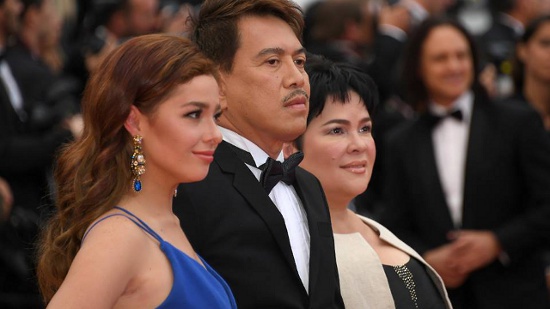 Apparently, some film critics felt her performance was for a supporting role.

(SPOT.ph) Filipino movie fans celebrated the Best Actress win of veteran actor Jaclyn Jose at the 2016 Cannes Film Festival, but it seems not everyone was happy with the jury's decision. Some film critics felt that her performance in Brillante Mendoza's entry, Ma' Rosa, was more of a supporting role rather than a lead.

In a press conference led by this year's jury president George Miller (Mad Max; Fury Road), the jurors defended their choice for Best Actress. Seasoned actor Donald Sutherland said, "I think the critics were wrong. That is a big-time leading role." Meanwhile, co-juror and French filmmaker Arnaud Desplechin added, "Come on. She’s the film. Have you seen the performance she gave? She broke my heart."

The jurors acknowledged the performances of other actresses up for the prize, including Hayley Squires of this year's Palme d'Or-winning film I, Daniel Blake, but they made it clear that the festival could not allow winners of the Top 3 awards to win more than one prize.

Still, co-juror Mads Mikkelsen (best known for his titular role in the now-defunct series Hannibal) made it clear that Jose deserved her award, saying, "We found her to be a wonderful, wonderful leading actress, a master of her skills regardless of what the rules are in this festival. It was not a supporting character, it was an absolute beautiful, beautiful performance for lead actress. That’s why she got it."

A separate report by Interaksyon.com also hinted at the possibility that Ma' Rosa may be screened locally, thanks to Jose's big win. Wilson Tieng, head of the Movie Producers and Distributors Association of the Philippines, was quoted saying, "It will be distributed in the cinema chains. People are already calling up to ask about screenings but we don’t have a date yet."

Brillante Mendoza Cannes Film Festival Jaclyn Jose Ma' Rosa
Your Guide to Thriving in This Strange New World
Staying
In? What to watch, what to eat, and where to shop from home
OR
Heading
Out? What you need to know to stay safe when heading out