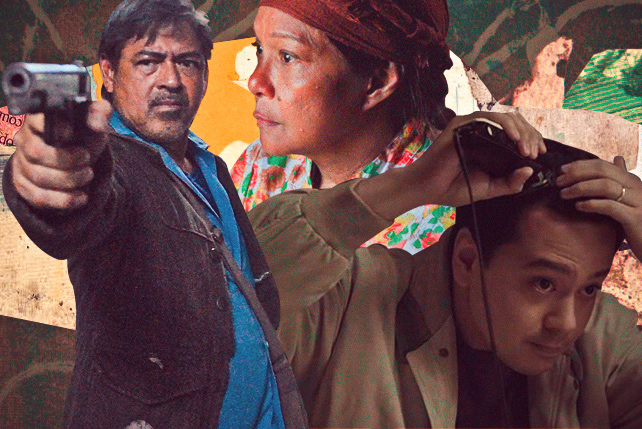 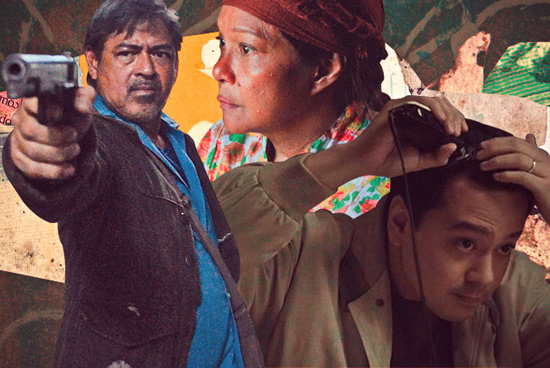 (SPOT.ph) Filipino movie fans rejoiced when veteran actress Jaclyn Jose bagged the Best Actress award at this year's Cannes Film Festival, making her the first Filipino (and Southeast Asian) to do so. She isn't alone; in fact, we have plenty of talented actors recognized worldwide for their compelling and memorable performances. We round up 10 critically acclaimed actors and their award-winning roles.

Written and directed by Jun Lana, this thriller revolves around a married couple and their relationship with a soldier during a political uprising in the '90s. The entire film's story takes place in one night, and unfolds in a single, uninterrupted sequence.

Audiences best know JLC for his charming roles in popular romance flicks, but you've never seen the actor this gripping or intense. In the film, he plays Edgar, a mild-mannered father and husband who must resort to violence in order to pay back staggering debts from a failed Ponzi scheme.

Nora Aunor's career spans well over 30 decades, and the Superstar has racked up quite the critical acclaim over the past years. One of her most memorable roles was 2012's Thy Womb, where she played an infertile Badjao midwife who will do anything for her husband's happiness.

Sid Lucero's turn as a hotel room attendant who takes extreme and desperate measures to obtain a U.S. visa won him praise from critics. The film was originally an entry to the 2014 Metro Manila Film Festival’s New Wave section where it won the Jury Prize.

Teri Malvar was just 13 years old when she bested Nora Aunor for a Best Actress award at the 2013 CineFilipino Film Festival. She nabbed the award for her touching portrayal of a little girl's developing crush on a new woman in a small town for the film Ang Huling Cha-Cha ni Anita. Flash-forward a few years later, and Malvar is taking home a new award from New York for her "daring roles that have expanded the range of contemporary Philippines’ cinema."

Directed by Louie Ignacio, Asintado tells the story of a young boy who botches a drug courier job, and his mother who pushes his mentally-challenged brother to kill the drug dealer in order to save him. The 2014 film was a finalist for Cinemalaya's Directors' Showcase.

Barbie Forteza was handpicked by director Louie Ignacio for her role as a young member of a Philippine ethnic group Sama d’Laut who are struggling to make ends meet after moving to an impoverished Badjao community. The 18-year-old previously took home a Best Supporting Actress trophy in the 2014 Cinemalaya Film Festival's New Breed section.

Directed by Paul Soriano, this biographical drama centers on the childhood of Manny Pacquiao. When he discovers his natural talent for boxing, he goes on an intense and inspiring journey from the amateur circuits to the big city. The biographical drama stars Buboy Villar as the titular young Manny.

This drama stars Eugene Domingo as a widow who is forced to take her late husband’s job as a community barber during the end of Marcos era in the '70s. The film is a follow-up to director Jun Lana's 2012 comedy-drama, Bwakaw.

We're no strangers to Joel Torre's stellar acting, but he had audience members at the edge of their seats in his 2013 role as an ageing prison inmate who doubles as a veteran contract killer for powerful politicians. The film made its international debut at the Cannes Film Festival's Directors' Fortnight, earning Torre praise from critics (including Variety and the New York Times).