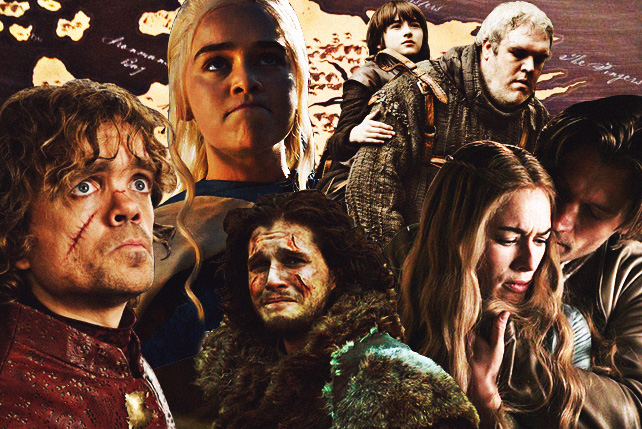 The SPOT.ph Cheat Sheet for the Game of Thrones Newbie

What the heck is a Hodor?!! 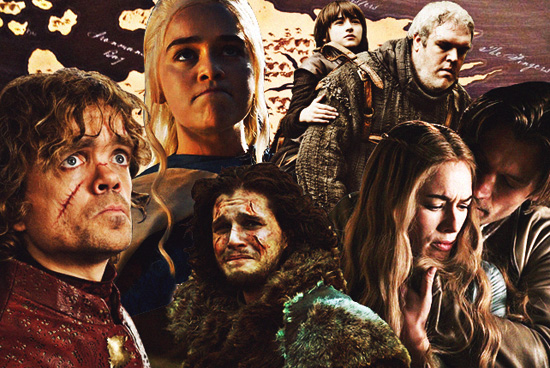 (SPOT.ph) The first time we tried to explain Game of Thrones, it was in 2013 and Season 3 had just ended. Almost three years later, Thrones is now in the middle of its sixth season and...you still haven't watched a single episode. And yet, you know it exists because it's all over Facebook. All your friends talk about it, they share memes you don't get, and make references to unfamiliar things like "Winter is coming" and "Khaleesi."

Put simply, Game of Thrones is literally a show about a throne...the Iron Throne, to be exact, and the feuding families that will stop at nothing to claim it. Really. They just won't give up.

This isn't a comprehensive guide by any means, but consider it a handy FAQ so that the next time your friend brings up "Jon Snow," you know what she's talking about.

Also read: Fake It Like You Know Game of Thrones: The SPOT.ph Guide to the Bloody Series (So Far) 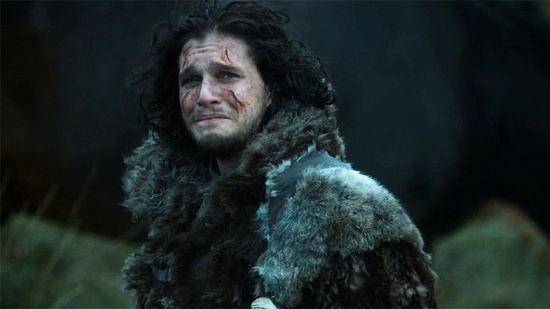 Who’s Jon Snow and why does he know nothing?

Jon Snow is Eddard "Ned" Stark’s bastard. Why Jon remains the personification of the sad-face emoji is most likely because people keep telling him that he knows nothing—like who his actual mother is, or the popular fan theory that he isn’t actually Ned Stark’s bastard (Google "R+L=J" if you’re interested).

Jon Snow died in the Season 5 finale, which was likely the reason why all your friends were upset. Fortunately, he didn’t stay dead! The priestess Melisandre resurrected him in the second episode of Season 6. 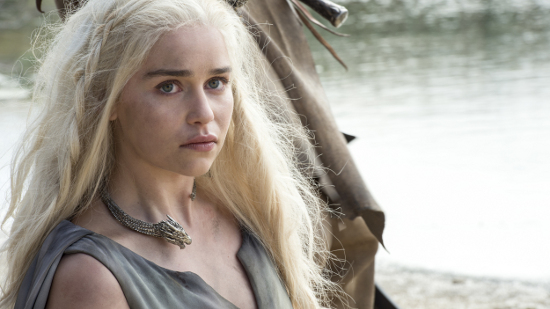 A khaleesi is a khal’s wife, and a khal is the leader of a nomadic tribe called the Dothraki.

In Game of Thrones, exiled princess Daenerys (pronounced duh-nair-is) Targaryen was arranged to marry Khal Drogo, and they eventually fell in love...that is, before the latter's untimely death. She refers to herself as "not a queen, a khaleesi," and eventually, "not a politician, a queen," which is shorter than her actual stylized title: Daenerys Stormborn of the House Targaryen, First of Her Name, the Unburnt, Queen of the Andals and the First Men, Khaleesi of the Great Grass Sea, Breaker of Chains, and Mother of Dragons. Phew!

Daenerys—Dany, for short—has three dragons (Rhaegal, Viserion, and Drogon). She cannot be burned by fire, and has conquered many cities with her dragons and a powerful army of warrior-eunuchs called the Unsullied. Once, she ate uncooked horse heart...because she's a badass. Whether she takes back her throne in The Seven Kingdoms and becomes not a conqueror, but a politician is uncertain. 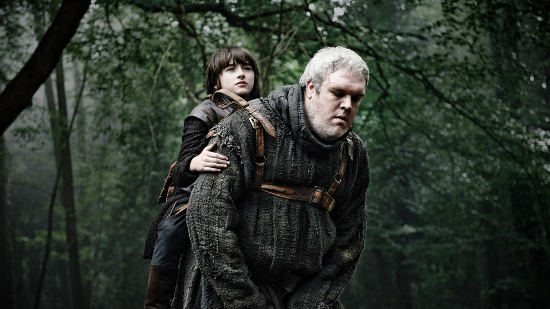 What’s a Hodor and why do people keep saying “Hold the door?”

Hodor is a mentally disabled, but very able and loyal companion to Bran Stark. He can only say one word, which is "hodor," which eventually became his name. It turns out that Hodor came from "Hold the door," a phrase that his past self heard when Bran occupied (or in Thrones terms, "warg-ed" into) present-Hodor’s body while observing past-Hodor from so many years ago. 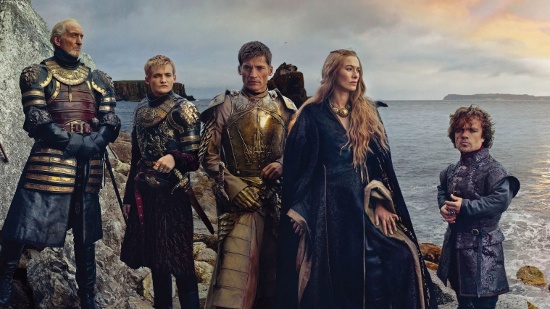 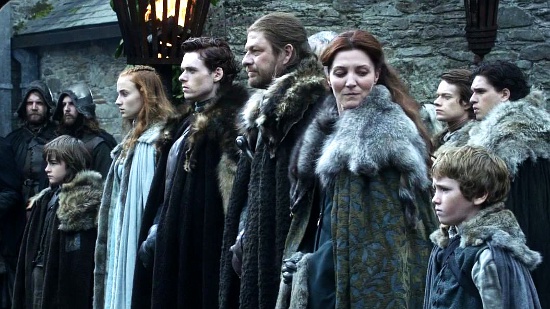 What’s a Stark? What’s a Lannister?

House Stark and House Lannister are two feuding Westerosi families (Westeros is the "country" that most of Game of Thrones takes place in), and there are eight in total: Stark, Lannister, Targaryen, Baratheon, Tyrell, Martell, Tully, Greyjoy, and Arryn.

House Stark has direwolves and tragic character deaths. House Lannister has gold and money. House Targaryen has dragons. House Baratheon is pretty much non-existent now. House Tyrell has Natalie Dormer (the clear winner by default). Houses Martell, Tully, and Greyjoy have become sort of irrelevant to the overall plot of the show. House Arryn has Petyr "Littlefinger" Baelish, the series’ cunning wildcard. 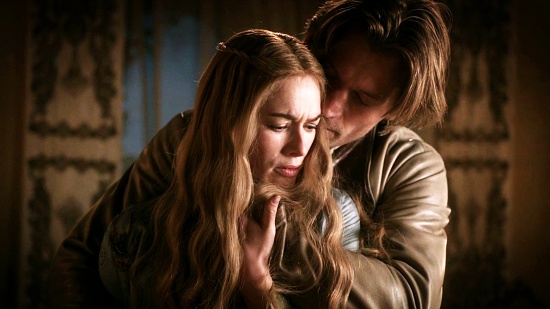 Is there really incest?

Yes. In fact, it’s what catalyzed the plot of the series.

King Robert Baratheon and Queen Cersei Lannister have three children: Prince Joffrey, Princess Myrcella, and Prince Tommen. However, Jon Arryn, the Hand of the King (the Westerosi chief of staff), learned that Joffrey, Myrcella, and Tommen were in fact the queen’s children with her younger twin and knight of the Kingsguard, Ser Jaime Lannister. The rest was Game of Thrones. 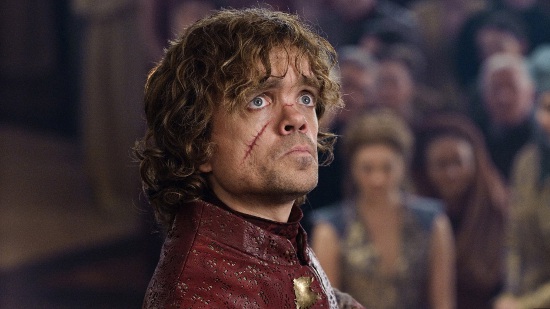 Why does everyone love this guy?

Tyrion Lannister is the youngest son of Tywin Lannister and the younger brother of twins Cersei and Jaime Lannister. His mother, Joanna, died giving birth to him. Tywin never recognized Tyrion as his own son, whereas Cersei blames him for their mother’s death.

Tyrion is a dwarf and has been called a bastard, an imp, and a half-man because of it. Although people often look down on him, Tyrion uses his cunning intellect to get ahead of them. An underdog that’s smart, witty, and secretly compassionate? What’s not to love! 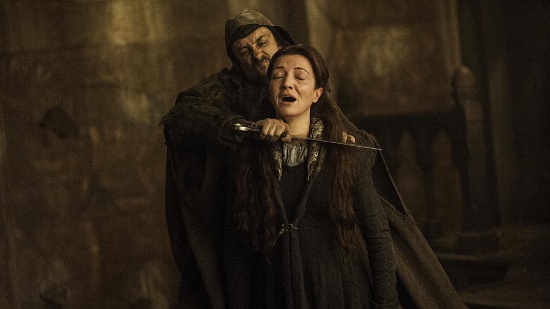 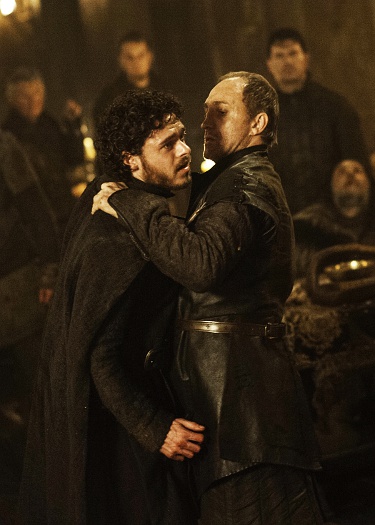 In a political move struck by Catelyn Stark with Lord Walder Frey, her son Robb was betrothed to a daughter or a granddaughter of Walder’s choosing. The King of the North, however, secretly married Talisa Maegyr, a healer from the free city of Volantis.

Displeased by the turn of events, Walder Frey sought another alliance and promised his daughter Roslin to Edmund Tully, Catelyn's brother. After the newlyweds retired for the bedding, chaos ensued. Talisa’s unborn baby was repeatedly stabbed, Robb was murdered, and Catelyn's throat was brutally slashed. It was all very shocking and heartbreaking (especially if you rooted for House Stark).

The Purple Wedding was King Joffrey Baratheon’s wedding to Margaery Tyrell. Joffrey was poisoned during his wedding feast. His uncle Tyrion Lannister was framed for his death, but the masterminds behind the elaborate plot were Petyr Baelish and Margaery’s shrewd grandmother, Olenna Tyrell. Tyrion Lannister’s then-wife Sansa Stark, managed to escape amid chaos, unknowingly with Littlefinger’s help. 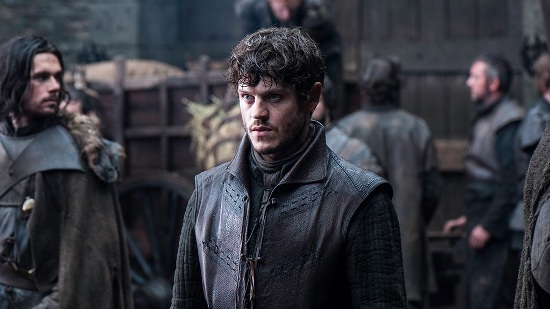 Why does everyone hate this guy so much?

Before Ramsay Snow, there was cruel king Joffrey Baratheon, and before him, there was deranged prince Viserys Targaryen. People loved to hate Joffrey and Viserys, but there’s no hate like Ramsay Snow hate.

Ramsay Snow is Roose Bolton’s bastard, and if you think Roose isn't someone to be messed with after the Red Wedding, Ramsay makes Roose look like a saint. There isn’t a shortage of Westerosi bastards, yet this one is a bastard literally as well as figuratively. He tortured and castrated Theon Greyjoy, raped Sansa Stark on their wedding night, and killed his own father, stepmother, and newborn stepbrother. 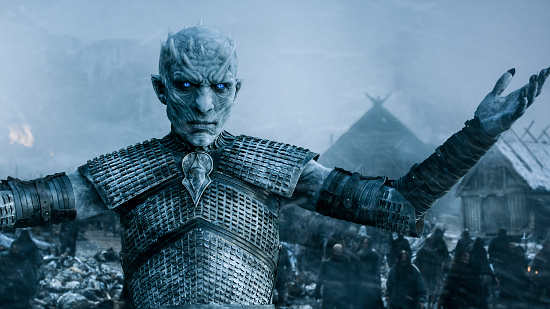 What are the White Walkers?

The White Walkers are basically ice zombies, some of which can turn human babies into another White Walker. They’re taller than humans and (obviously) white, and they have glowing blue eyes. They're considered legends by most, but some people of the North would attest to their existence. Hence, the now-popular phrase "Winter is coming."

They also have ice powers, and they can resurrect the dead as long as they didn’t die by fire. The good news is that dragonglass and Valyrian steel (originally forged in a place called Valyria, where House Targaryen was also originally from) can kill them. Dragons in the South and White Walkers in the North? Maybe this is why the book series is entitled A Song of Ice and Fire. Hmm… 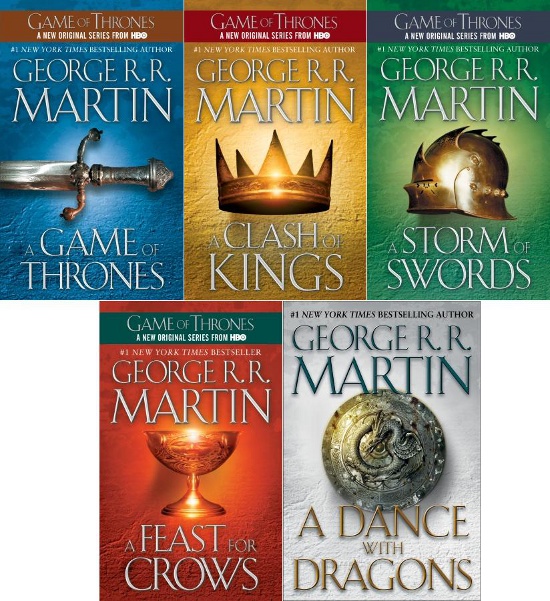 How different is Game of Thrones from its source material, A Song of Ice and Fire?

Game of Thrones officially went off-book during Seasons 5 and 6, with some random changes thrown in during the earlier seasons. Author George R. R. Martin discusses the differences between the book series and the TV series as such: "There have been differences between the novels and the television show since the first episode of season one. And for just as long, I have been talking about the butterfly effect. Small changes lead to larger changes lead to huge changes. But the longer the show goes on, the bigger the butterflies become. In the meantime, we hope that the readers and viewers both enjoy the journey. Or journeys, as the case may be. Sometimes butterflies grow into dragons." 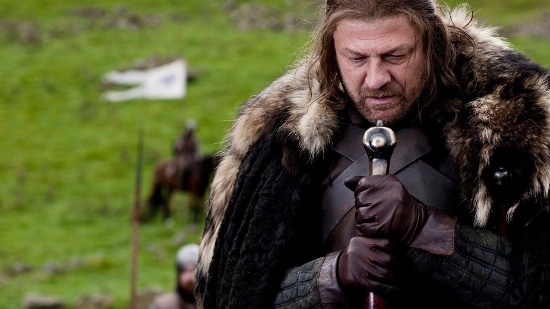 Bonus Question: How does Sean Bean fit into all of this? Where is he?!

Ned Stark became Hand of the King after Jon Arryn’s death. Eventually, he learned what Jon Arryn may have died for, that all of King Robert’s supposed children—Prince Joffrey, Princess Myrcella, and Prince Tommen—were in fact, Cersei’s offspring with her twin brother Jaime, and thus, had no claim on the Iron Throne.

Being the honorable man that he is, Ned gave Cersei and her children a chance to escape before he tells Robert the truth. However, King Robert was fatally wounded during a hunt and died, but not before Ned was named the Protector of the Realm until Prince-turned-King Joffrey comes of age. Queen Regent Cersei imprisoned Ned shortly after. He falsely confessed to treason, thinking he would be granted exile, and in turn, Joffrey had Ned beheaded publicly. This officially kickstarted House Stark's endless suffering...and everyone else's.

Also read: Fake It Like You Know Game of Thrones: The SPOT.ph Guide to the Bloody Series (So Far)