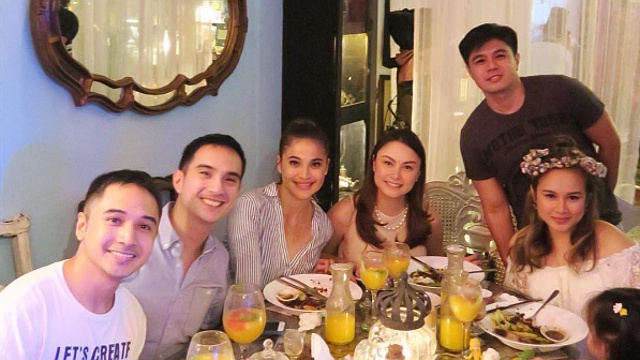 Throwback: The cast of T.G.I.S. has a surprise mini-reunion

Who else is getting a '90s flashback?

(SPOT.ph) If you grew up in the '90s, Saturdays didn't just mean cartoons (and we admit to loving those a lot). It also meant catching up with the drama on GMA Network's teen show, T.G.I.S. The first batch of the show featured now-familiar faces, including Onemig Bondoc, Bobby Andrews, Angelu de Leon, and Rica Peralejo.

It was in 1997 when the show took in an all-new cast, including Anne Curtis who played Em. Out of all the members of the third batch, Anne is the only one who remained in the spotlight. Still, our '90s hearts couldn't help but swoon when she posted a photo with her former love team partner, Chubi del Rosario.

Chubi and Anne were also paired in other TV shows and movies, including the film version of T.G.I.S., Anna Karenina, May Bukas Pa, and Ang Iibigan Ko Ay Ikaw. The two reportedly dated; in fact, Anne has referred to Chubi as her "puppy love."

Anne shared a photo of her mini-reunion with the rest of her castmates, including Aiza Marquez, Ivan Gonzalez, and JR Trinidad. According to Anne's caption, the reunion was to celebrate Aiza's visit to the Philippines.

Also read:
10 Awesome TV and Movie Reunions
Where Are They Now: Our Crushes From the '90s