MOVIE REVIEW: Ma' Rosa is an unflinching look at poverty and corruption

(SPOT.ph) When the first few minutes of Ma' Rosa begin to unfold, we hear the beeps of a barcode scanner in a small supermarket. We see Rosa Reyes (Jaclyn Jose) buying items in bulk, and making a fuss over small change. When she steps outside, she's thrust into the middle of a bustling street in Metro Manila, filled with leering bystanders and unrelenting jeeps and buses barreling down a highway. Soon, she's met with a sudden downpour that floods the alley leading to her barangay, and her taxi driver refuses to go any further.

For anyone who's lived in Manila long enough, this sequence feels all too familiar. It's this familiarity that draws us into the plight of Rosa, who runs a sari-sari store with her husband, Nestor (Julio Diaz). She also sells drugs in small quantities through her shop, just enough to get her family of six through the day. 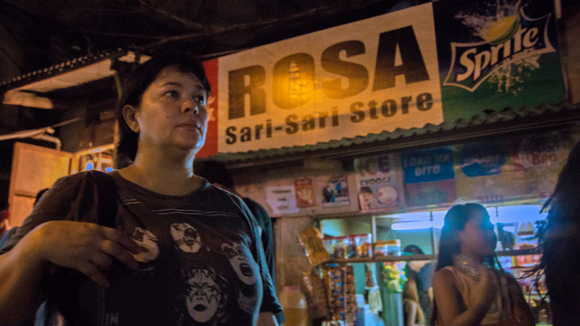 When the police suddenly raid their store (and to an extent, their home), the couple are dragged to a nearby police station where a group of corrupt officers (Baron Geisler, Mon Confiado, among others) threaten to throw them in jail unless they produce a staggering sum of P200,000 in cash. Their prolonged negotiations are businesslike, quickly turning from genial to violent when the couple turn in their supplier in the hopes of gaining their freedom. When that doesn't turn out right, their children (Andi Eigenmann, Jomari Angeles, and Felix Roco) are forced to find whatever means necessary to cough up the cash.

A majority of the film takes place in the confined spaces of the police station as the couple and the officers negotiate bail charges. However, the straightforward narrative by Troy Espiritu fails to evoke rising tensions between the two parties; there's no suspense nor race-aganst-the-clock urgency that keeps the momentum going. There are also signs of subplot that suggests the corruption may go higher up the chain of command, but the script doesn't delve into what could be a fascinating possibility, and simply focuses on Rosa and her family. More than that, there's no room for any introspection or character development. How does Rosa feel about forcing her children to find creative ways to pay off policemen? How do their children feel learning that their parents are drug dealers? Unfortunately, we don't get to see much moral turmoil from any of the characters. 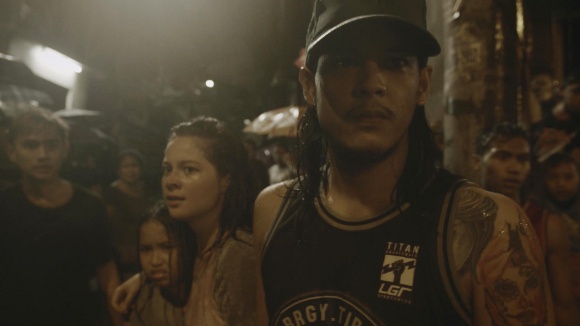 The said instropection could have been perfect for Jose's talent, who effortlessly imbues layers of emotion with just her eyes. The camera takes full advantage of this with long sequences of tight-knit shots at her face during particularly harrowing moments. Her shining moment arrives at the end of the film, her mostly understated performance coming to heart-wrenching life in just a handful of minutes. Had the script given her more to work with, the film would have packed a greater emotional punch that goes beyond another portrayal of poverty and corruption.

Mendoza displays his ability to turn his location into a character of its own, filming at the height of typhoon season, which lends a more dramatic, even cringe-worthy, feel to an already dark and bleak setting. This is a film that intends to highlight the grim and the dirty, from shaky, documentary-like camerawork to natural lighting that evokes a fly-on-the-wall visual aesthetic. There's no happy ending for a story like this; Ma' Rosa is less about its titular character, and more of cold, hard look at what it means to survive with little to no options.

Andi Eigenmann Julio Diaz Jaclyn Jose Brillante Mendoza Ma' Rosa Movie Review City Guide
Your Guide to Thriving in This Strange New World
Staying
In? What to watch, what to eat, and where to shop from home
OR
Heading
Out? What you need to know to stay safe when heading out