This new cinema is perfect for Pinoy indie movie fans 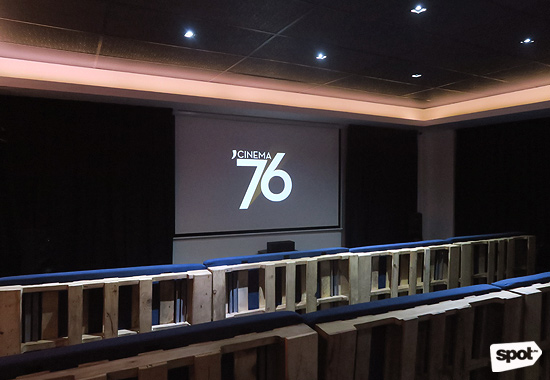 (SPOT.ph) If you're a fan of Filipino indie films, then you know the struggle. Picture this: A new indie movie hits major cinemas, but for whatever reason, you missed its already limited run in selected theaters. You end up waiting on the off chance that there's going to be a screening...sometimes even for months.

Think of the newly opened Cinema '76 as a solution to this problem, echoed by one of its co-founders, Vincent Nebrida, the president of TBA (the umbrella company composed of Tuko Films Productions, Buchi Boy Entertainment, and Artikulo Uno Productions). "It takes a while for a film to find its audience," he admits. "We at TBA really wanted to create an avenue for studios to screen their films after it gets a theatrical release." 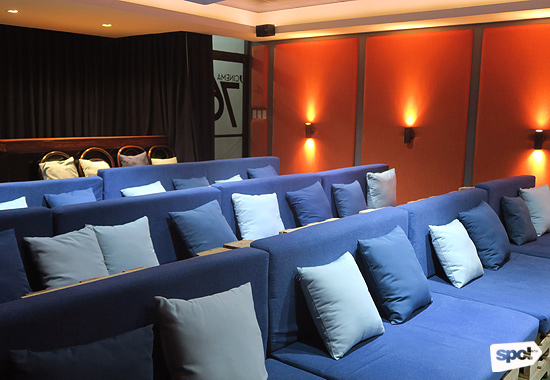 Go ahead, curl up!

The micro-theater accommodates about 50 to 60 people, but instead of the usual cinema seats, you get cozy couches with throw pillows. It's a relaxed and intimate setting for moviegoers who want to skip the usual love-team tandems and cheesy rom-coms.

Audiences are allowed to bring food and drinks, and the cinema comes with a small dining area so you can enjoy your meal while watching. (They discourage bringing food to the couches.) As for tickets, prices start at just P100—sometimes, even free.

Established as a theaterical distribution venue for local filmmakers, the new cinema gets its name from the year 1976, which is considered as the last Golden Year of Philippine Cinema. (1976 was marked by the release of Filipino classics such as Lino Brocka's Insiang, Mike de Leon's Itim, Eddie Romero's Ganito Kami Noon, Paano Kayo Ngayon, and Lupita A. Concio's Minsa'y Isang Gamu-Gamo.) 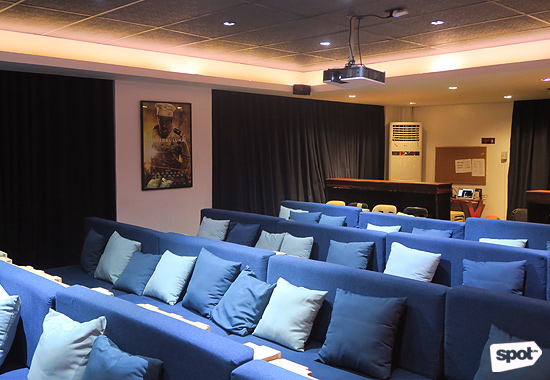 You can also rent out the cinema for private screenings.

Although its roots are in classic films, Cinema '76 often screens present-day Filipino indie flicks such as Nestor Abrogena's Ang Kwento Nating Dalawa, Jerrold Tarog's Sana Dati and Heneral Luna, and Auraeus Solito's Ang Pagdadalaga ni Maximo Oliveros. These films, admittedly, are what draw audiences in droves. "We are in awe. Nakakataba ng puso," says Nebrida. "We have young people who are willing to commute all the way here. Some of them are even from Parañaque or Pasay."

Still, Cinema '76 also caters to folks who prefer a little nostalgia, with weekly themes that sometimes pay tribute to Filipino actors and directors. It's an ever-changing movie lineup, all in the hopes of giving audiences a new platform to catch indie films they might have missed.

When it comes to Manila film festivals such as Cinemalaya, CineFilipino, QCinema, and Cinema One Orignals, Nebrida says they are already working to screen the latest entries alongside films from previous years. Heck, they even plan to screen English and foreign-language movies, such as entries from the immensely popular French Film Festival. 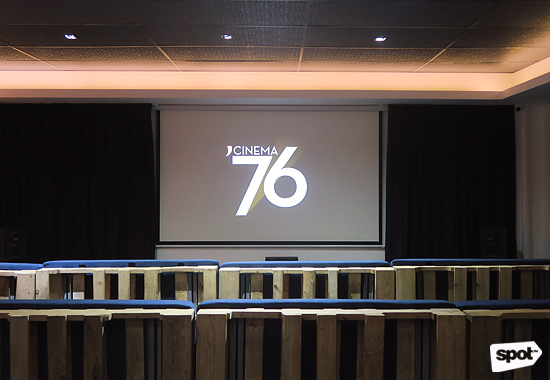 The love for Philippine cinema isn't just limited to Cinema '76. The dedicated folks at TBA want to take the indie film experience beyond theaters with soon-to-come DVD titles released every quarter in partnership with Magnavision Inc. They also recently launched CineTropa, an online video-on-demand website exclusively for independent Filipino films. (Spoiler: There are plans to release original content on the site!)

How ever you decide to catch your next indie film, Cinema '76 is a perfect, go-to cinema for avid moviegoers.

Cinema '76 Film Society Cinema '76
Your Guide to Thriving in This Strange New World
Staying
In? What to watch, what to eat, and where to shop from home
OR
Heading
Out? What you need to know to stay safe when heading out