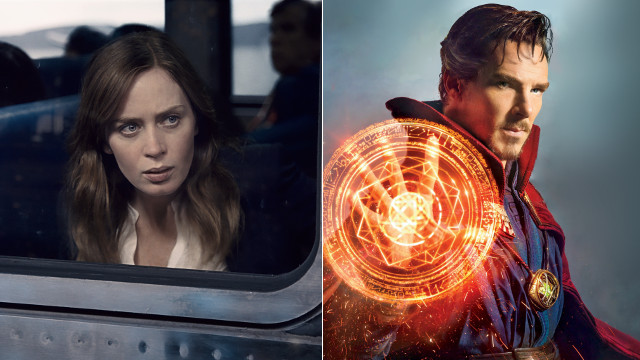 The Girl on the Train, Inferno, Doctor Strange, and more! 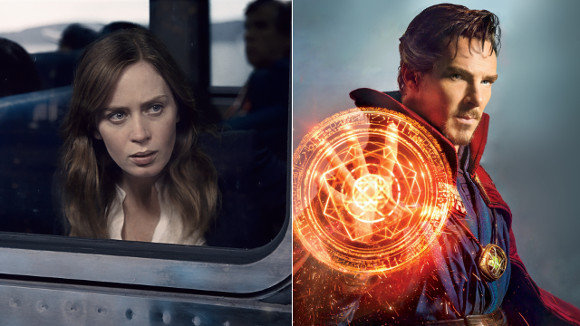 (SPOT.ph) Hello, October! Movie fans are in for a treat this month, whether it's because of the highly anticipated adaptations of their favorite novels or an exciting new film from Marvel. Oh, and lovers of local indie films will finally get to see an award-winning drama on the big screen. Jot down these release dates, Spotters!

The Girl on the Train

Based on the 2015 hit novel by Paula Hawkins, the film adaptation stars Emily Blunt as Rachel, whose daily train commutes give her a glimpse at the seemingly perfect life of a couple, Scott and Megan (Luke Evans and Haley Bennett). Everything changes when she witnesses something from her window, and Megan mysteriously goes missing.

An oil rig worker named Mike (Mark Wahlberg) and his crew are drilling a well in the Gulf of Mexico when an explosion hits the rig, setting it on fire. The disaster film is based on true-life events, and also stars Kurt Russell, John Malkovich, Gina Rodriguez, and Dylan O'Brien.

Tom Hanks reprises his role as famed Harvard symbologist Robert Langdon in this new adaptation of Dan Brown's hit novel. When Langdon awakens in Florence, Italy with amnesia, he must team up with a doctor (Felicity Jones) as he uncovers a trail of clues that are tied to the medieval poet Dante.

Kubo and the Two Strings

A young boy's laidback existence is shaken up when he accidentally summons a vengeful spirit from the past. He joins forces with a group of mystical creatures, while uncovering the truth about his late father's past as a samurai warrior. The star-studded voice talents include Charlize Theron, Matthew McConaughey, Rooney Mara, and Ralph Fiennes.

Set four years after the events that transpired in the first film, Tom Cruise is back as Jack Reacher, a deadly ex-Army investigator. He returns to his old military unit, only to be accused of a 16-year-old homicide. The sequel also stars Cobie Smulders and Aldis Hodge.

Keeping Up with the Joneses

Ready for an action-packed comedy? A suburban couple (Zach Galifaniakis and Isla Fischer) are thrown into international espionage when they discover that their picture-perfect neighbors (Jon Hamm and Gal Gadot) are not what they seem.

This action-thriller stars Ben Affleck as Christian, a math genius who is far better at dealing with numbers than people. On the surface, he is a small-time account; in reality, he works as a "forensic accountant" for dangerous criminal organizations. The star-studded cast also includes J.K. Simmons, Anna Kendrick, Jon Bernthal, and Jeffrey Tambor.

Marvel's latest blockbuster offering revolves around Dr. Stephen Strange (Benedict Cumberbatch), a young and arrogant surgeon whose promising career derails after a terrible accident. When he meets a mystical being called the Ancient One (Tilda Swinton), he learns he is destined to protect the planet from evil. The film also stars Mads Mikkelsen, Chiwetel Ejiofer, and Rachel McAdams.

October is the perfect time for some scares, and director Mike Flanagan's new movie is right up your alley. Set in 1965, a widowed mother and her two daughters make a living by staging séances to scam people. Naturally, they unwittingly invite a malevolent spirit into their home.

From Mario Cornejo and Monster Jimenez comes this award-winning, nuanced drama about Ford (Sid Lucero), a free-spirited surfing instructor who may or may not be the illegitimate son of Francis Ford Coppola. The 2015 QCinema entry was shot entirely on the sun-kissed shores of Baler, Aurora.

October 2016 Release Dates Movies
Your Guide to Thriving in This Strange New World
Staying
In? What to watch, what to eat, and where to shop from home
OR
Heading
Out? What you need to know to stay safe when heading out