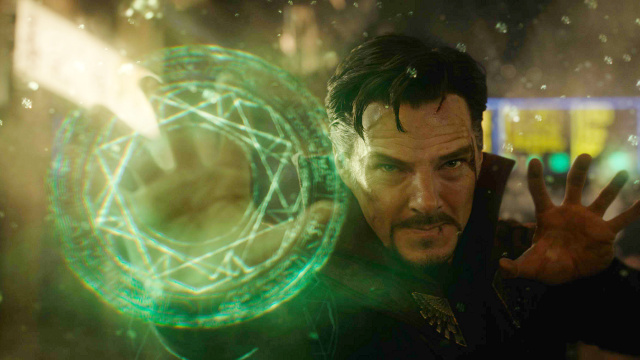 A little Strange goes a long way in one of Marvel's best origin stories.

(SPOT.ph) “Forget everything you think you know,” says someone to Dr. Stephen Strange (Benedict Cumberbatch) before he enters the sanctum of a mystical being named the Ancient One (a bald-headed Tilda Swinton). This might as well be Doctor Strange's tagline; forget everything you've seen in prior Marvel films—this one is going to blow your mind. With incredible visual effects, jaw-dropping action sequences, and a perfectly cast group of actors, Doctor Strange is not only Marvel's most visually imaginative film ever, but it ranks as one of the best origin films they've ever produced.

Dr. Stephen Strange is an arrogant but incredibly gifted neurosurgeon. When an unfortunate accident ruins his medical career, he seeks out other, more experimental types of healing, which brings him to Nepal. There, he meets his teacher, the Ancient One, a master of the mystic arts and the so-called Sorcerer Supreme who trains others to use spirit and energy to become powerful sorcerers. 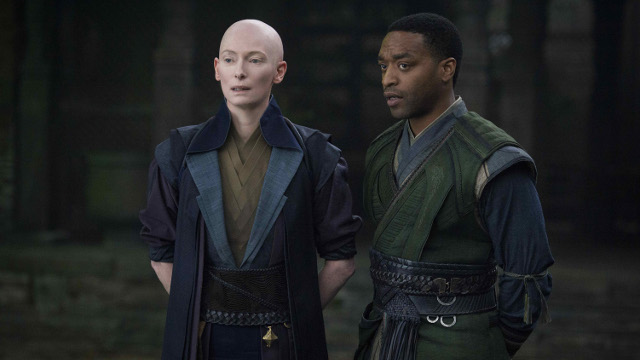 Strange trains to become a powerful being, learning things like the multiverse (infinite universes), the astral plane (astral projection), the mirror dimension (a mirror of the real world), and Sling Rings (artifacts used to open up portals). He also learns of a man similar to him: Kaecilius (Hollywood's resident villain Mads Mikkelsen), a former student of the Ancient One who devises a way to open the ominous-sounding Dark Dimension and destroy the world. Naturally, Strange and his fellow sorcerers must defend Earth from this imminent mystical threat.

If reading that previous paragraph makes little sense, it's because Doctor Strange is a weird story that requires pages of exposition and explanation. With other actors, the film would have been bogged down by dense dialogue (that also includes odd things like the Eye of Agamotto and the Cloak of Levitation). Instead, we get engaging scenes where Swinton spouts information about the mirror dimension, and Mikkelsen preaching about the Dark Dimension is pretty terrifying. 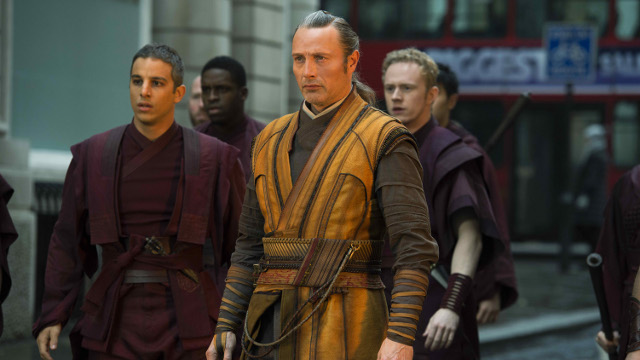 Cumberbatch is fantastic as Strange, fitting the archetypal witty Marvel hero (see: Tony Stark, Scott Lang, Peter Quill), and Chiwetel Ejiofor is great as the emotional crux. It is Swinton, however, who jumps off the screen. Her role generated a lot of controversy, but her portrayal is magnificent and otherworldly. The rest of the cast have limited but memorable roles. Benedict Wong, who plays the sorcerer Wong, has some funny moments (like a hilarious one with Beyoncé), while the latest in Marvel's line of beautiful love interests, Rachel McAdams, does a wonderful job with very little. Benjamin Bratt and Michael Stuhlbarg are also around, but they have even less to do.

The real star of Doctor Strange—the one you'll be talking about long after you leave the cinema—is its visuals, which takes many cues from the original comic artwork by Steve Ditko. While the plotting and story are fairly generic, the look of this film is unlike anything Marvel has ever done. Making incredible use of 3-D, the dizzying visuals are awe-inspiring. Doctor Strange also boasts Marvel's most creative and mind-blowing fight scenes...ever. Without spoiling too much, they are all absolutely stunning, unique sequences that are painstakingly orchestrated to perfection. 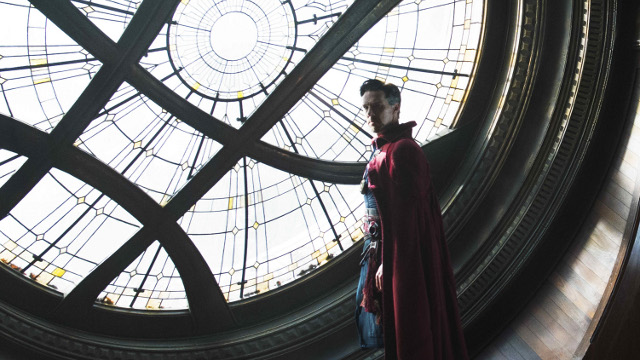 Director Scott Derrickson, who is primarily a horror film director, brings some surprisingly fitting horror techniques to the table. Creepy imagery featuring hands growing into more hands and freakishly weird moments in the astral plane make him a perfect fit for this odd world. He also has some clever use of jump scares, mostly for comedic effect, that relieve the tension and heavy emotion. Marvel films often get into trouble with its lighter tone, and it's the same here. Often, a shoehorned “funny quip” ruins what is an emotional scene, but it does keep the audience smiling, which is what the studio likes to do.

Doctor Strange is a dual world in itself, in that it's both familiar and fresh. While it has the same finish and polish as other Marvel films, the world (or worlds) they create and the execution on screen makes Strange one of its most original. With its phenomenal and eye-opening visuals, memorable fight scenes, and an A-list cast known more for their acting than their celebrity, Doctor Strange is Marvel's trippiest, most grown-up feature in years.

Movie Review Doctor Strange Benedict Cumberbatch Marvel Tilda Swinton
Your Guide to Thriving in This Strange New World
Staying
In? What to watch, what to eat, and where to shop from home
OR
Heading
Out? What you need to know to stay safe when heading out