Mercedes Cabral, for one, called the Regal Films matriarch a "f***ing idiot." 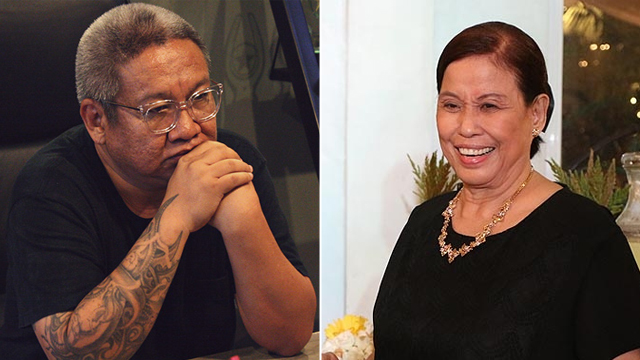 (SPOT.ph) Regal Films matriarch Lily Monteverde’s recent comments on indie films—specifically, that they aren’t fit for the holiday season, have drawn several reactions from people working in the movie industry.

Monteverde was reacting to the movies that have been included in this year's Metro Manila Film Festival. "There is a time for the indie movies. But not during the Christmas season. Christmas is for the family," she said.

These controversial remarks have not gone unnoticed, especially among the industry's key players.

Director Alvin Yapan, whose film Oro is also included in this year's MMFF lineup, had short, but nonetheless powerful, words to say in a Facebook post: "BATA: A much abused term in Filipino film discourse."

Actress Mercedes Cabral, however, did not hold back. Interaksyon.com reports she called Monteverde an “idiot” for the latter’s comments.

Indie filmmaker Ara Chawdhury, director of the Cinema One Originals film Miss Bulalacao, was also quoted as saying: “Became a filmmaker because of the philosophy na if you don’t see what you like, you better be prepared to make it yourself. I strive hard to create good Filipino films because I want to see good Filipino films. And now that the winds are changing in behalf of quality, dinosaurs are trying their best to hang on to our purses.”