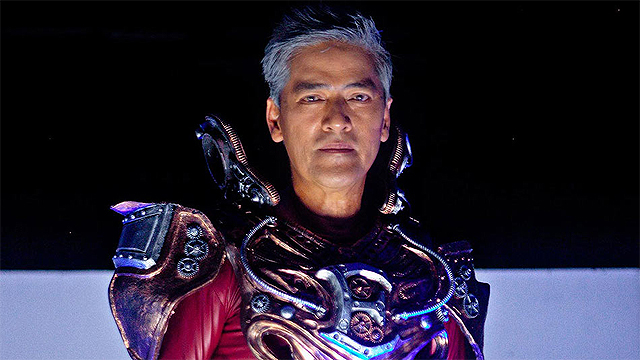 The latest Enteng Kabisote film is not included in this year's lineup.

(SPOT.ph) Veteran entertainer Vic Sotto has spoken up on the exclusion of his latest Enteng Kabisote film from this year's Metro Manila Film Festival.

Enteng Kabisote 10 and The Abangers, along with Vice Ganda and Coco Martin's The Super Parental Guardians, failed to make the cut in this year's MMFF. The new roster is dominated by indie flicks—a new development that doesn't seem to have sat well with mainstream players.

Earlier this week, Regal Films matriarch Lily “Mother Lily” Monteverde also had less-than-nice things to say about the films, particularly indie movies, included in this year’s MMFF. "There is a time for the indie movies. But not during the Christmas season. Christmas is for the family," she said. The film she produced, Mano Po 7: Chinoy, was also excluded.

"Sana naman after this year, [the MMFF screening committee] should understand—it's not that I'm teaching them pero all these poor people, mayroon silang mga bonus,” she said. “Once they get their bonus, they bring the whole family to the movies to watch...Sayang lang nanghihinayang ako sa mga bata," Monteverde also said.

Film industry folks have since reacted to her comments.

MMFF screening chair Dr. Nicanor Tionson has already defended this year’s lineup. “Let us not dumb down the audience,” he said.

Enteng Kabisote Vic Sotto Metro Manila Film Festival Mmff
Your Guide to Thriving in This Strange New World
Staying
In? What to watch, what to eat, and where to shop from home
OR
Heading
Out? What you need to know to stay safe when heading out