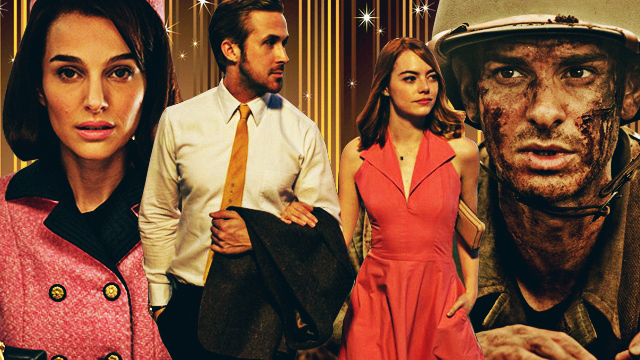 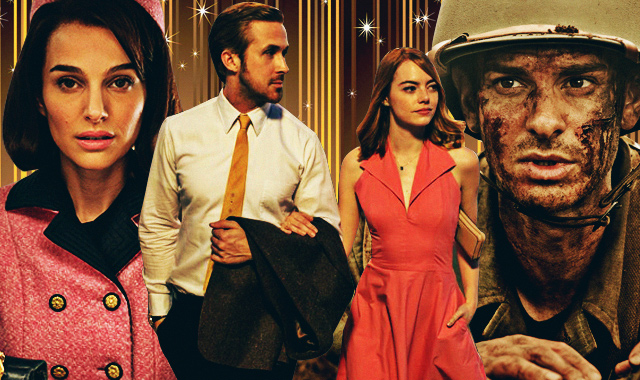 (SPOT.ph) If you're an avid film buff, then you already know that the U.S. awards season is upon us. Studios, actors, and directors are all coming out full-force to campaign for their film—all in the hopes to win the coveted Oscar statue. We usually won't get to see most of these films in local theaters until January or February (as December means MMFF season), so consider this list a helpful guide to the biggest contenders.

Damien Chazelle wowed audiences and critics in 2014 with his edge-of-your-seat musical drama, Whiplash. He returns to the director's chair with another movie musical that hits all the right notes of star power, spellbinding songs, and beautiful cinematography. Set in a modern-day Los Angeles backdrop, La La Land stars Emma Stone as Mia, an aspiring actress, and Ryan Gosling as Sebastian, a jazz musician, as they pursue their dreams to hit the spotlight. The film is already drumming up plenty of Oscar buzz, nabbing one critic award after another.

Oscar buzz for Loving dates back to as early as the Cannes Film Festival in May 2016. Set in the '50s, the promising historical drama centers on real-life interracial couple Richard and Mildred Loving (Joel Edgerton and Ruth Negga). Their illegal marriage is put on a nationwide trial that reaches the Supreme Court as they fight for their right to remain a family.

Manchester By The Sea

Manchester by The Sea tells the story of a brooding, irritable loner who is forced to be the guardian of his teenaged nephew after his brother dies. The film originally starred producer Matt Damon and later, John Krasinski (who both reportedly went to the director with the idea). The role eventually fell on the lap of Academy Award nominee Casey Affleck, who is steadily gaining Best Actor momentum with his powerful performance. His co-star and fellow Oscar nominee Michelle Williams is also leaving a lasting impression with her role.

Five-year-old Saroo somehow gets lost on a train that takes him miles away from his family, and must learn to survive in the streets of Calcutta. Armed with just a handful of vague memories, the much-older and determined Saroo (Dev Patel) decides to use Google Earth to search for his family. Despite its star-studded cast, Slumdog Millionaire star Patel is one of the favorites to nab a golden statue.

Acclaimed director Martin Scorsese makes his highly anticipated return to awards season with this historical drama based on the 1966 Japanese novel of the same name. Two 17th Century missionaries (Andrew Garfield and Adam Driver) are tasked to travel to Japan to find their missing mentor (Liam Neeson). The story takes place during a time when those who practice Christianity face violent persecution in Japan.

There have been many films and series over the years that have dealt with John F. Kennedy's assassination. This intimate biopic deals with the immediate aftermath of the president's shocking death through the eyes of his wife, Jacqueline Kennedy. Many critics have touted Natalie Portman's performance as the best in her career. Meanwhile, Chilean director Pablo Larrain is also impressing critics with his Best Foreign Film entry, Neruda.

The famously controversial Mel Gibson returns behind the cameras to tell the extraordinary real story of Desmond Doss, a WWII combat medic who saves 75 soldiers in Okinawa without firing a single shot. Although Gibson is best known for The Passion of the Christ, his last entry to the Oscars was the 1995 Best Picture winner, Braveheart. Meanwhile, Andrew Garfield may just score a second Best Actor nomination with his lead role.

Set in the turbulent '50s, an African-American father struggles with racial tensions in the U.S. while trying to raise his family. The film is an adaptation of the Tony Award-winning Broadway play that also starred Denzel Washington, Viola Davis, and nearly the entire cast. Many have praised the powerhouse duo for their heart-wrenching performances; the film is Washington's third directorial outing and so far, reportedly his best work.

Moonlight chronicles the life of a young black man over three defining chapters of his life. Along the way, he deals with growing up in a rough neighborhood in Miami, and grapples with self-discovery and his sexuality. The film has recently garnered plenty of critical attention, taking home plenty of awards and universal acclaim for its acting, direction, cinematography, and screenplay. House of Cards and Luke Cage star Mahershala Ali, in particular, is a favorite for the Supporting Actor trophy.

Oscar Season Oscars Movies Awards Season
Your Guide to Thriving in This Strange New World
Staying
In? What to watch, what to eat, and where to shop from home
OR
Heading
Out? What you need to know to stay safe when heading out