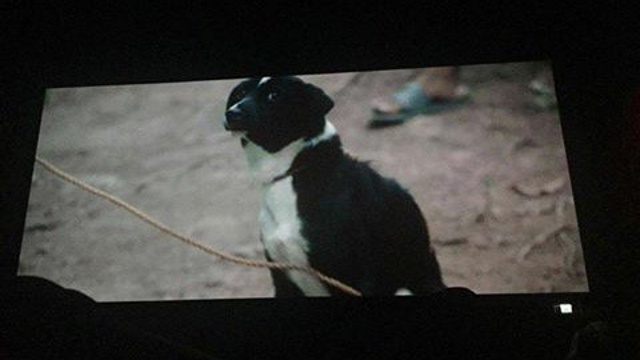 Japo Parcero says one was accidental, and the other was deliberate.

In a lengthy Facebook post, Parcero said she played a "minor role," shooting four sequences in two days. She didn't hear of any dog-slaughter scenes until the after-party of the cast and crew, where she also learned that one dog died accidentally and the other was deliberately killed for a scene.

"The production bought the first dog, and the owner, in his excitement to deliver the dog and receive his payment, tied the dog in a sack and unknowingly killed him by suffocation," she wrote. "The production, bent on shooting the scene which apparently was in the script, bought another dog for butchering." She added that shooting was delayed because the lead actress "threatened to refuse shooting if they killed an animal" and that another actor—who was reportedly asked to "bludgeon the dog to death"—was "reduced to tears" because he didn't want to do the scene.

A separate post from Film Development Council of the Philippines (FDCP) Chair Liza Diño-Seguerra revealed that a representative from Oro told the MMFF Executive Committee that they "lied [...] out of panic" in saying they used a goat for the scene. (So far, there has been no attempt to retract that statement.) She added that "no one from the production did the actual killing of the dog."

Although both the Oro team and PAWS came to a joint resolution, the latter was reportedly "not satisfied" and demanded that the film be pulled out of the MMFF, and its awards revoked. As of yesterday, the MMFF has recalled the FPJ Award after Senator Grace Poe condemned the scene.