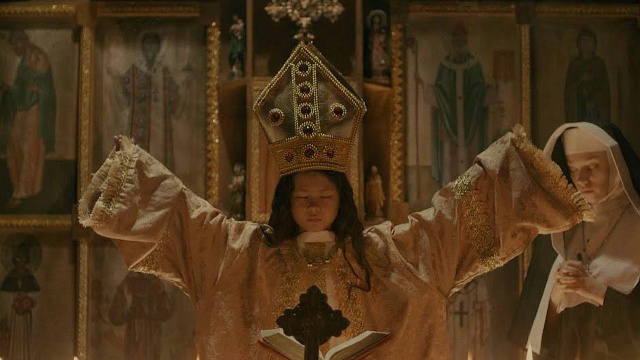 (SPOT.ph) After an immensely successful MMFF run, Erik Matti's religious horror flick, Seklusyon, is back in selected cinemas with a longer, R-16 director's cut. (The MMFF screened an edited version.)

The original version—which has never been screened locally—drew rave reviews from international critics, including two film publications: Variety and The Hollywood Reporter. The unabridged version will expound on the history of the mysterious Madre Cecilia (Phoebe Walker), her effect on one of the deacons (Dominic Roque), and her relationship with Anghela Sta. Ana (Rhed Bustamante).

That's not all! If you're one of the first 200 people to head to SM Megamall's Cinema 11 at 2 p.m. tomorrow, January 14, you can catch the first screening of the director's cut for free and on a first-come, first-served basis. According to Matti, there will also be a Q&A screening with the cast and crew after the show.