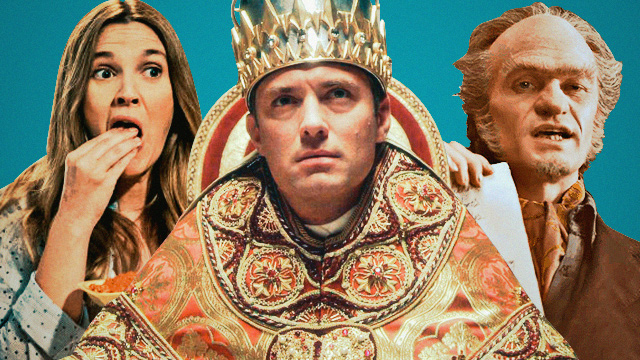 Superheroes, adaptations, and reboots abound in TV land this year! 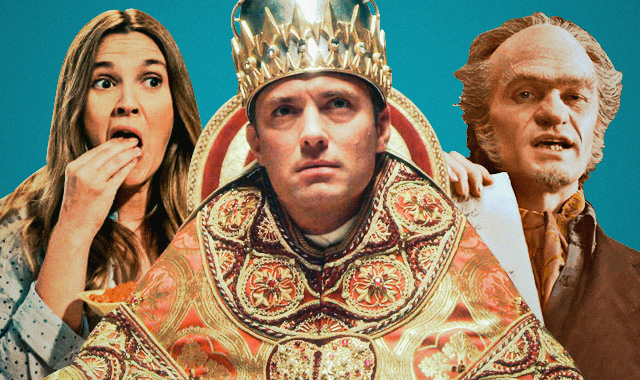 (SPOT.ph) Remember the curious anticipation you had when you first heard about a little HBO show called Game of Thrones? Or that time when you first met the lovable kids from Stranger Things? There's a certain thrill when you have yet to discover a new TV show to obsess over—and a certain sadness when you have to wait another year for it to return.

For now, we're setting our sights on the fresh meat that has just—or is all set to—hit the small screen. Some have superheroes, others have familiar faces, and all of them sound very, very promising.

If you grew up reading Lemony Snicket's long-running YA series, this new adaptation is one to watch. Neil Patrick Harris ditches the Barney Stinson suits for more kooky and strange outfits as the nefarious Count Olaf, who will stop at nothing to get the Baudelaire kids' massive fortune. Intrigued yet? You're in luck, because the show has just begun streaming on Netflix.

HBO's latest offering is a juicy, engrossing, and scandalous take on the Vatican. Created and directed by Italian filmmaker Paolo Sorrentino, the show stars Jude Law as the titular character—a newly elected and already controversial American pontiff. Although it just started airing, it's already receiving plenty of positive feedback from audiences and critics.

Netflix's younger and fresher take on the beloved Archie Comics might not be some titas' cup of tea, but that's what makes the show so intriguing. Starring a somewhat unrecognizable cast (save for Cole Sprouse as Jughead), the show puts a darker, more mature twist on your favorite characters...with some interesting murder thrown in, too.

Cannibalism has never looked this adorable, mostly thanks to Drew Barrymore's innate likability. She makes her small-screen debut as a materialistic realtor alongside her stoner husband (Timothy Olyphant). The sharp satire gets even more interesting; she also has a mysterious condition where she craves raw human flesh.

Created by Noah Hawley (who is also behind the Emmy-winning Fargo), Legion hopes to expand on the X-Men universe—but with a darker and more visually pleasing take. Dan Stevens trades his Downton Abbey role for David Haller, a diagnosed schizophrenic who's been in and out of psychiatric wards. He soon learns that the voices he hears might actually be real.

Topbilled by an all-star cast that includes Reese Witherspoon, Nicole Kidman, Shailene Woodley, Adam Scott, and Alexander Skarsgard, this show is based on a best-selling novel of the same name. It follows the lives of three suburban moms whose lives may not be as perfect as they seem. Hint: There's murder involved.

Here's a new show that will hopefully fill the void that The Good Wife left in your life. Its spinoff picks up where the original series left off. Ex-Game of Thrones actress Rose Leslie plays Maia, a young lawyer whose life is shattered after a massive financial scam. It's safe to say that this political drama looks just as addictive as the original.

Marvel's onscreen domination isn't just limited to the box-office. Over at Netflix, Iron Fist is the final solo show to launch before the epic Defenders team-up later this year (more on that later). Another Thrones alum, Finn Jones will portray Danny Rand, a New York billionaire who goes missing for 15 years. He returns home to reclaim his fortune and defend his city with his newfound kung-fu prowess.

You haven't seen the last of Michael Scofield. Wentworth Miller and Dominic Purcell reprise their roles in this new revival, which takes place seven years after the events of Season 4. Lincoln (Purcell) and Sara (Sarah Wayne Callies) discover that Michael (Miller) is actually alive...but trapped at a prison in Yemen.

The TV adaptation of Margaret Atwood's feminist dystopian novel stars Mad Men alum Elisabeth Moss as Offred, a Handmaid in an oppressive, male-dominated regime. Trapped in a society that only values her for her fertility, Offred must find a way to survive. The promising series also stars Alexis Bledel, Samira Wiley, Yvonne Strahovski, and Joseph Fiennes.

Originally slated for a 2016 premiere to coincide with its 25th anniversary, Twin Peaks returns to TV a year late—but anticipation is still high for fans of this groundbreaking, small-town noir series. Plenty of the original cast, including Kyle MacLachlan and Sherilyn Fenn, are set to return, alongside a new slate of characters. Thankfully still helmed by David Lynch, you can expect this series to be as creepy and engrossing as ever.

Based on the fan-favorite novel by Neil Gaiman, Starz's small-screen adaptation is co-produced and written by Hannibal mastermind Bryan Fuller. It mainly revolves around Shadow Moon (Ricky Whittle), an ex-con caught between the all-out war of the old gods of mythology and the "new gods" of modern-day society. The lineup also includes Ian McShane, Kristin Chenoweth, Gillian Anderson, and Emily Browning.

True Blood author Charlaine Harris returns with another book-to-television adaptation. This time, it centers on a small town where nothing is quite like it seems and anyone could be a vampire, a witch, a psychic, or a werewolf. An exact release date has yet to be announced, but it looks to be an interesting guilty pleasure.

Think of this as the Avengers of the small-screen. Netflix is bringing its four superheroes—Luke Cage, Jessica Jones, Daredevil, and Iron Fist—who are teaming up in New York City to fight crime for eight episodes. A premiere date has yet to be revealed, but a recent photoshoot already has fans pumped.