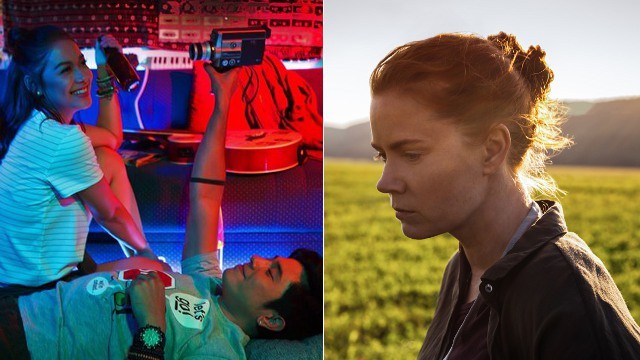 (SPOT.ph) Movie fans, you're in for a treat this February! From awards-season favorites to exciting sequels and intriguing local indie films, there's something for everyone in this month's roundup of new releases. Pencil these release dates into your calendar!

One of the buzziest indie films from 2016 was Sakaling Hindi Makarating, an entry in the CineFilipino Film Festival. Several months later, it's finally getting a nationwide release! The story centers on Cielo (Alessandra de Rossi), whose life falls apart after her long-time boyfriend abruptly breaks their engagement. When she begins to receive a series of anonymous postcards from around the country, she sets off on a valuable journey of self-discovery to find the sender.

In the mood for a little comedy? Breaking Bad star Bryan Cranston returns to his comedy roots as Ned, an overprotective father who learns that his daughter is dating an eccentric and wildly inappropriate Silicon Valley billionaire (James Franco).

Get excited ladies, because Christian Grey is back in time for Valentine's Day. The sequel to the 2015 film has Christian (Jamie Dornan) trying to convince Anastasia (Dakota Johnson) to give their relationship another shot—this time on her terms.

Legendary hitman John Wick (Keanu Reeves) makes a return to the criminal underworld to repay a complicated debt. This time, the edge-of-your-seat action takes place in Rome, where Wick faces off with some very deadly killers.

Batman was arguably the best part of 2014's The LEGO Movie, so it's only fitting that he gets his own standalone movie. Will Arnett reprises his hilarious role as the Caped Crusader who must save Gotham from the Joker while learning to work with others. The movie also features the voice talents of Jenny Slate, Ralph Fiennes, Rosario Dawson, Michael Cera, and Zach Galifianakis.

Former Bridges of Love co-stars Paulo Avelino and Maja Salvador reunite in this new and exciting indie romance. They portray long-time college friends who go on one final road trip together to La Union to settle how they feel about each other.

Directed by Denis Villenueve (who also helmed thrillers like 2013's Prisoners and 2015's Sicario), this critically acclaimed Oscar contender stars Amy Adams as a linguistics professor who must find a way to communicate with aliens who visit Earth. The film is nominated for eight Academy Awards, including Best Film, Best Directing, Best Adapted Screenplay, and Best Cinematography.

A Cure for Wellness

Director Gore Verbinski returns to the silver screen with a psychological horror starring Dane DeHaan. The latter plays an ambitious executive who is sent to retrieve his company's CEO from a remote and mysterious "wellness center" in the Swiss Alps. He soon realizes that the spa's miraculous treatments are not what they seem.

The famously controversial Mel Gibson returns behind the cameras to tell the extraordinary real story of Desmond Doss (Andrew Garfield in his Oscar-nominated role), a WWII combat medic who saves 75 soldiers in Okinawa without firing a single shot.