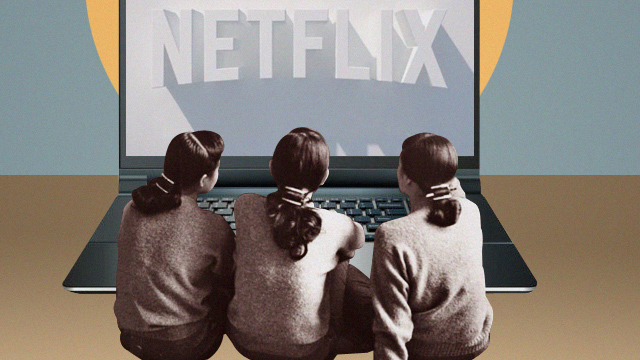 10 Legit Streaming Sites for a Whole Day of Binge-Watching

Warning: You will be tempted to stay up all night. Don't tell your boss. 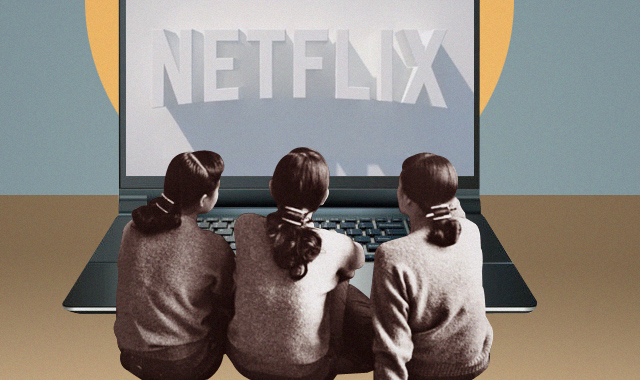 (SPOT.ph) With everyone constantly glued to their computer and phone screens, it’s no wonder streaming sites are all the rage. It’s a great and convenient way to watch all your favorite movies and TV shows, whether you’re constantly on the go or you’re just cooped up at home. Questionable Internet speed aside, plenty of legal streaming sites have also cropped up online, featuring everything from independent Filipino films to all your favorite series and movies.

We're no tech experts by any means, so consider this a quick and basic rundown of what you can expect from some of the most popular streaming sites. Happy binge-watching!

Shell out: P129/month for credit card users and P99/month for PLDT Home, Sun, and Smart subscribers. First-time subscribers get a free 30-day trial, which gives them unlimited access to all content. Once the trial expires, the account will remain inactive until subscribers sign up for paid access.

App availability: The iflix app is available on iOS, Android, web browser, and HDMI or Chromecast. You can also download up to 10 episodes or movies per device so you can watch even while offline.

What to expect: By now, you've already heard of Netflix series, from House of Cards to Stranger Things, Narcos, and The Crown. You can also watch a handful of shows uploaded every week, such as Riverdale and Designated Survivor, as well as plenty of other acclaimed TV shows from other networks. In the mood for movies? They've got original films, plus cinema that spans across genres and decades.

Shell out: Users can choose between three plan options: Basic (P370/month), Standard (P460/month), and Premium (P550/month), with each plan having specific features. Globe, Smart, and PLDT subscribers can also opt for subscription add-ons with their existing accounts. You can test the waters for free in the first month, but Netflix will keep charging a monthly membership fee beyond the trial period (unless you cancel your account).

App availability: You can pretty much watch Netflix anywhere, whether it's mobile, desktop, or your TV at home. You can also download files to watch offline, provided you have the latest version of the Netflix app.

What to expect: Brought to you by the folks behind some of the most popular indie films today, Cinetropa is a haven for thought-provoking Filipino cinema. Think local indie titles like Heneral Luna, Ang Kwento Nating Dalawa, K'Na The Dreamweaver, and more.

Shell out: Right now, films are on a pay-per-view basis (about P288 each). Subscriptions will be arriving as soon as their limited library expands.

App availability: Cinetropa doesn't have a mobile app just yet, but you can stream via browser on your computer, mobile device, or TV (using HDMI).

What to expect: Have your fill of over 10,000 hours of Hollywood blockbusters, timeless classics, and your favorite TV shows. Recently, they've expanded their lineup to include anime, kid-friendly content, and mainstream Pinoy TV and movies—with a little helping of indie films on the side, too. (We also can't wait for the upcoming On The Job TV series.)

Shell out: There's a free seven-day trial, and you'll need to pay P149/month to keep using your account. If you're a Globe subscriber, pay anywhere between P149 to P299 (depending on the specific data plan you choose) a month. You can also opt to bundle it up with your existing Globe mobile or broadband for P149/month.

App availability: HOOQ is accessible via iOS, Android, and computers. You can also watch offline by downloading up to five episodes or movies per account.

What to expect: This streaming site only covers content from HBO and Cinemax, but it gives you uncut access to complete seasons of all your favorite shows! They also offer comedy specials, documentaries, and exclusive behind-the-scenes extras. HBO Go also has Series Pass, which will automatically send new episodes of your favorite shows to your Watchlist within 12 hours of U.S. airing.

Shell out: P199/month for SKY Cable subscribers with the basic HBO channel. HBO Go is free for subscribers of HBO PAK, or select SKY Cable plans.

App availability: HBO Go is available on iOS, Android, and desktop. There's no offline viewing, but you can register a total of three devices, and stream up to two at the same time.

What to expect: Fox Play gives audiences access to a wide selection of TV, movies, and sports under Fox International Channels. It's basically video-on-demand that's delivered straight to your device of choice.

Shell out: Fox Movies Play is available for free for Cignal subscribers on Plan 490 HD and up. Fox Play—which covers TV, movies, and sports content—is available for SKY Cable subscribers under select plans (though you can access a free 30-day trial).

App availability: It works on desktop, as well as devices with iOS or Android. Only one session is allowed per user at a time.

What to expect: CrunchyRoll is a one-stop shop for all things anime, manga, and other Asian content. Think over 25,000 episodes and 15,000 hours of translated and officially-licensed content within minutes of its TV broadcast!

Shell out: A free membership gives you limited access to their library with ads and standard 480p definition. You can try a premium membership for free for two weeks; then you'd need to pay U.S. $6.95/month for unlimited access, no ads, and high-definition streaming.

App availability: CrunchyRoll is accessible on desktop, iOS, Android, and other devices such as Chromecast, Xbox, PlayStation, and Apple TV.

What to expect: If you keep missing theatrical runs, Blink is the perfect site for you! They've teamed up with SM Cinema to stream movies just two to three months after their initial theater release. There's also a Rental service (movies priced at a per-title basis) and an Online Cinema service (films exclusively available on the platform).

Shell out: Pay as low as P99 to P150 for Blink's Rentals or access the rest of library for P125/month. (You'd need to pay a separate fee for titles under Rentals if you already have an account.) Pay via credit card, SM Cinema counters, prepaid scratch cards, or charge directly to your phone bill.

App availability: Access Blink via iOS, Android, or desktop. You can also watch movies simultaneously on up to three devices.

What to expect: Satisfy your Hallyu obsession with Viu! The newly launched site offers an extensive library of subtitled Korean and Japanese content, including: Weightlifting Fairy Kim Bok-Joo, Descendants of the Sun, The K2, and much more. Plus, you can watch new episodes eight to 24 hours after its initial telecast in Korea!

Shell out: For now, you don't have to pay a thing! All you need to do is register with your e-mail or Facebook account. Viu will soon launch a paid, premium service that will offer additional features.

App availability: Access Viu via desktop, iOS, or Android. Registered users can download one video per device, as well as enjoy seamless viewing across devices.

What to expect: Amazon Prime Video has been around for a while now, but it didn't officially launch in the Philippines until December 2016. Their library hosts TV and movie content, as well as Amazon original series like Transparent, The Man in the High Castle, and Mozart in the Jungle.

Shell out: There is a seven-day free trial, and you'd have to pay an introductory price of U.S. $2.99/month for the first six months. Membership renewal beyond that will cost U.S. $5.99/month.

Legal Streaming Miss World Philippines 2018 Streaming Sites Amazon Prime Video Viu Blink Crunchyroll Fox Play Hbo Go Cinetropa Netflix Iflix Hooq
Your Guide to Thriving in This Strange New World
Staying
In? What to watch, what to eat, and where to shop from home
OR
Heading
Out? What you need to know to stay safe when heading out