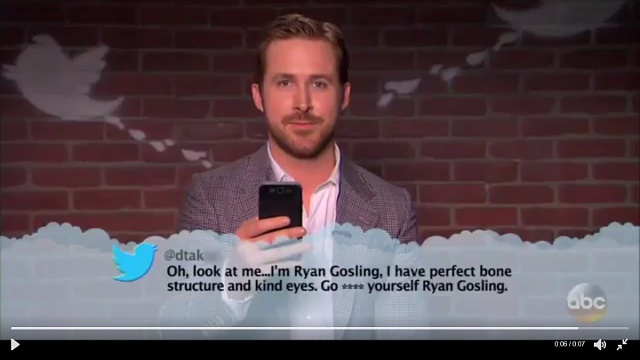 (SPOT.ph) Whether you're an avid movie-watcher or you just love all things pop culture-related, the annual Academy Awards is always a treat. By now, you've come to expect the usual eye-popping red carpet outfits, the surprise wins, and heartbreaking snubs. What's new, of course, is the politically charged tone—thanks to the current political climate and fiery statements from host Jimmy Kimmel (and pretty much everyone else).

From the red carpet down to the actual awards night, we round up 10 of the biggest moments from Oscars 2017.

The red carpet is always the best place to see some candid moments from your favorite celebrities. Take, for instance, Justin Timberlake's cute moment with his wife, Jessica Biel, which immediately became a meme.

It didn't take very long until this year's host, Jimmy Kimmel, took many, many shots at the controversial president. The moment he stepped onstage, he said, "This is being watched live by millions of people in 225 countries that now hate us."

About halfway through the show, Kimmel began to worry why President Trump wasn't reacting to the show and began goading a reaction from him (above).

Mahershala Ali becomes the first Muslim to win an Oscar

You might know him best as Remy Danton from House of Cards, but 2016 (and 2017) was Mahershala Ali's big year. He played a memorable baddie in Netflix's Luke Cage, starred in Moonlight (which won him a Best Supporting Actor trophy), and even had a small role in the Oscar-nominated Hidden Figures.

The real star of Hidden Figures goes on the Oscar stage

Hidden Figures is a drama biopic about the brilliant and very real black women behind NASA's success in the '60s. During the show, the cast of the film brought the real-life, former NASA mathematician Katherine Johnson onstage, where she received a powerful, heartwarming standing ovation.

If Ellen DeGeneres had pizza, Jimmy Kimmel had...candy that rained from the sky! Some stars, like Taraji P. Henson and Andrew Garfield, embraced the Red Vines and Junior Mints, while Ryan Gosling kind of looked suspicious at the surprise.

Viola Davis is the first black woman to win an Emmy, Oscar, and Tony Award

Viola Davis nabbed her first Oscar trophy for Best Supporting Actress for her work in Fences, making her one step closer to being an EGOT. (Now, all she needs is a Grammy!)

Throwback! Former Mickey Mouse Club members Justin Timberlake and Ryan Gosling had a mini-reunion; they even shared a super-cute hug during the former's opening musical performance.

Jimmy Kimmel gives some Chicago tourists the "surprise" of their lives

Don't be surprised to see "Gary from Chicago" trending online. Kimmel escorted a group of seemingly unsuspecting Hollywood tourists into the middle of the ceremony venue, where they got to interact with stars like Ryan Gosling, Nicole Kidman, Denzel Washington, and Mahershala Ali.

The stars read "Mean Tweets" about themselves

It's like Miss Universe and Pia Wurtzbach all over again. La La Land was mistakenly announced as the Best Picture winner by presenters Warren Beatty and Faye Dunaway. After the acceptance speech began, Beaty returned to explain that the actual winner was Moonlight. Awkward.

Academy Awards 2017 Academy Awards Oscars 2017 Oscars
Your Guide to Thriving in This Strange New World
Staying
In? What to watch, what to eat, and where to shop from home
OR
Heading
Out? What you need to know to stay safe when heading out