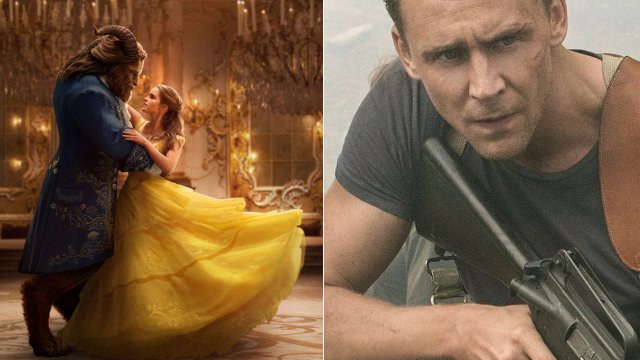 Baka Bukas, Beauty and the Beast, and more!

(SPOT.ph) Say hello to a new month with a fresh roster of movies you can't miss! Blockbuster season officially begins with a new King Kong, a Power Rangers reboot, and a live-action version of your favorite Disney princess. There's plenty of indie fare to go around, too!

Originally an entry in the 2016 Cinema One Originals festival, Baka Bukas stars Jasmine Curtis-Smith as Alex, who harbors unresolved feelings for her best friend (Louise delos Reyes). The film nabbed a number of awards at the festival, including Audience Choice and Best Actress.

Set 50 years after the events of Days of Future Past, a much-older Wolverine (Hugh Jackman) is now caring for a weakened and vulnerable Charles Xavier (Patrick Stewart). His life of solitude is interrupted at the arrival of a murderous criminal (Boyd Holbrook) hellbent on eradicating all remaining mutants. Logan is reportedly the last stand-alone Wolverine movie starring Jackman.

A team of explorers venture deep inside a primordial and uncharted island, only to stumble upon the mythic king of the apes...among other terrifying monsters. The movie features a stellar cast that includes Brie Larson, Tom Hiddleston, Samuel L. Jackson, John Goodman, and John C. Reilly.

Comedian Jordan Peele ventures into filmmaking with a clever horror film that puts a sharply funny and racially charged twist on the genre. Chris (Daniel Kaluuya) is all set to meet his girlfriend's (Allison Williams) parents for the weekend; it turns out he's in for way more than he bargained for. The film initially premiered at the Sundance Film Festival and has been gaining plenty of critical acclaim ever since.

Lionsgate capitalizes on the trendy '90s nostalgia with a new reboot of the beloved, teen sci-fi franchise. Their version recruits relatively unknown actors to play five ordinary teenagers who must use their powers to save the world from an alien threat. Still, there's still some dose of star power in the form of Bryan Cranston, Elizabeth Banks, and Bill Hader.

Life revolves around a six-member space crew on the verge of a massive scientific discovery: the first evidence of extraterrestrial life on Mars. As the crew conducts research, they soon realize their experiments have dangerous, unintended consequences. The all-star cast includes Ryan Reynolds, Jake Gyllenhaal, and Rebecca Ferguson.

Ghost in the Shell

Scarlett Johansson stars in this sci-fi crime drama adapted from a Japanese manga and directed by Rupert Sanders. Johannson plays a cyborg policewoman who must take down a nefarious computer hacker.