TV Shows You Can Stream In One Day For Binge Watching
Loading
Already a member? Log in
No account yet? Create Account
Spot.ph is your one-stop urban lifestyle guide to the best of Manila. 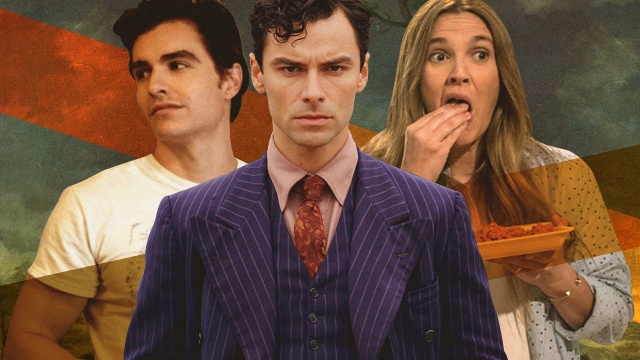 10 Addicting TV Shows You Can Stream in One Day 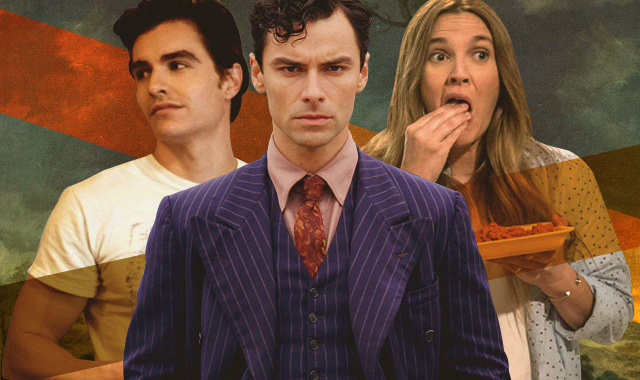 (SPOT.ph) If you love all things TV, you’re probably all too familiar with being curled up in bed and binge-watching the day away. Remember when you devoured shows like Stranger Things, The Crown, and Black Mirror in one sitting? These 10 shows are just as addicting and best of all, it will only take you a day to watch each one.

And Then There Were None

Sumptuous period drama meets engaging crime thriller in this BBC adaptation of Agatha Christie’s mystery novel. Ten strangers (including Aidan Turner, Douglas Booth, and Charles Dance) are invited to a solitary mansion in a remote island cut off from the world. As people start to mysteriously die one by one, the remaining hotel guests soon realize there is a vicious murderer among them. Each dark, engrossing episode runs at a little over an hour, so it should have you glued to your laptop screen for a solid afternoon.

If you were shocked at how Hunger Games pushed the limits of its fictional contestants, you haven’t seen anything yet. This Brazilian dystopian thriller centers on a world in ruins and all its citizens are given a chance at a better life in the gleaming and progressive Offshore. The catch? Only 3% will succeed and many will fight to the death to win. Packed with interesting characters, compelling backstories, and shocking twists, 3% is a fresh and brilliant take on the tired dystopian genre.

In the mood for an addictive murder mystery? HBO’s Golden Globe-nominated miniseries stars Riz Ahmed (now of Rogue One fame) as a Pakistani-American student whose one night of partying leads to a brutal murder he can’t remember. Intriguing, devastating, and full of palpable tension from start to finish, The Night Of is a richly crafted crime drama that will have you constantly on the edge of your seat.

Brit Marling portrays Prairie Johnson, a blind and adopted woman who suddenly goes missing. Seven years later, she mysteriously resurfaces with her vision restored, vicious scars on her back, and an explanation she refuses to tell anyone—even her parents. Naturally, there may be more to her disappearance than it seems.

Imagine your favorite zombie-themed TV show but instead of just blood and gore, you get a few good laughs in between, too. Drew Barrymore’s first foray into the TV realm has her playing a suburban mom who contracts a strange disease that renders her hungry for human flesh. Justified star Timothy Olyphant plays her husband, who will do anything to support her. At just 10 episodes—each clocking in at about half an hour—you’ll be breezing through this sitcom in no time.

HBO’s surprise hit brings together some famous faces (including Anthony Hopkins, Evan Rachel Wood, James Marsden, and Thandie Newton) in this part-Western and part-science fiction drama. Majority of the show takes place in Westworld, a Wild West-themed amusement park with life-like androids that cater to wealthy guests. In this futuristic park, visitors can indulge in any fantasy they want without fear of repercussion—until the androids start gaining consciousness and the humans begin to forget what’s real.

This British rom-com revolves around Dylan, a romantic 20-something whose long quest for love ends up with him contracting chlamydia. Now, he must contact everyone he has ever slept with to tell them the bad news. The show features a non-linear narrative, going from present-day to flashbacks of Dylan’s previous relationships—which is all sorts of awkward, hilarious, and sometimes very relatable.

Reality dating shows are filled with drama, but UnREAL’s craziest moments happen when the fictional cameras aren’t rolling. Shiri Appleby plays Rachel, an ambitious producer who is willing to lie and manipulate contestants in order to create scandalous content for their Bachelor-esque TV show. As the dating show peddles single bachelors to a pool of more-than-eager women, its staff members also have their own versions of juicy drama behind the scenes.

This Emmy-winning anthology enlists an all-star cast that includes Kirsten Dunst, Patrick Wilson, Martin Freeman, Ted Danson, Colin Hanks, and more to portray quirky residents of a Minnesota town—all caught in a twisted murder investigation. The series, based on the 1996 film by the Coen Brothers (who also serve as the show’s executive producers), is filled with dark humor, shocking twists and turns, and excellent performances all around.

Marathon And Then There Were None 3 Percent The Night Of The Oa Easy Santa Clarita Diet Westworld Lovesick Unreal Fargo Netflix Hbo Go Iflix Streaming Tv Shows
Your Guide to Thriving in This Strange New World
Staying
In? What to watch, what to eat, and where to shop from home
OR
Heading
Out? What you need to know to stay safe when heading out