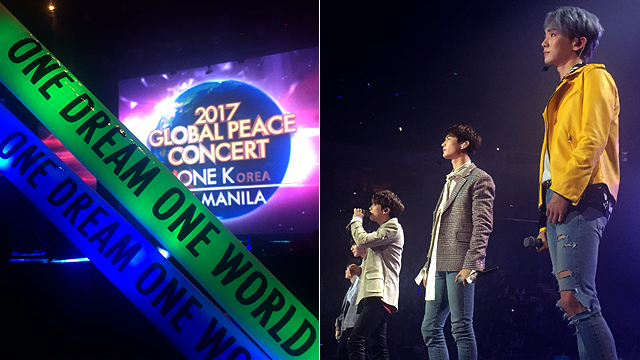 Missed out on the big show? Here's a quick recap!

(SPOT.ph) KPop fans were in for a treat yesterday, March 2. The One K Global Tour brought together some of the biggest and brightest names in KPop, including PSY, SHINee, CNBlue, AOA, B1A4, BTOB, and BAP.

It was all for a good cause, too! The massive event at the Mall of Asia Arena aims for the peaceful unification of the divided North and South Korea by showcasing popular Korean artists calling for global peace.

The Arena was filled with fans from the different KPop fandoms, happily showing their love and support with posters, banners, and customized headbands. Before the concert started, everyone was given blue and green glowsticks to light up the massive crowd. 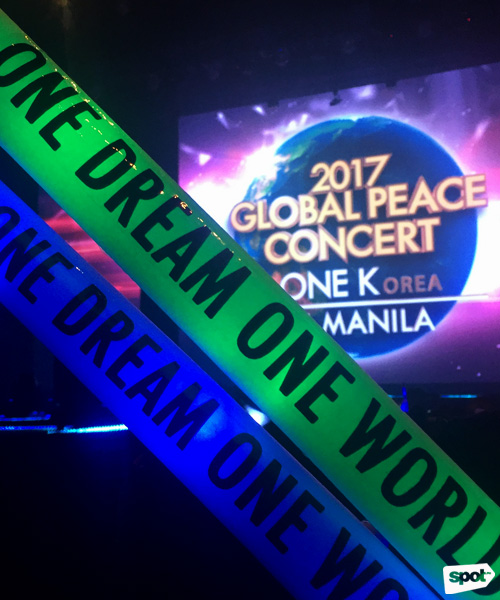 One of the biggest moments from the night was a surprise cover of Freddie Aguilar's "Anak" by BTOB's Eunkwang and Hyunshik, with special participation from Cesar Montano. 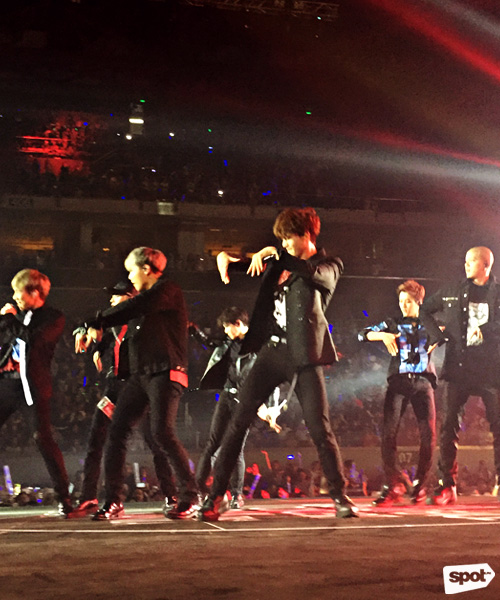 You might be familiar with BTOB's Yook Sungjae from the popular K-drama, Goblin. It seems everyone else was, because the crowd went wild when he screamed "I Love Philippines!" They started their set with an energetic performance of "Beep Beep." 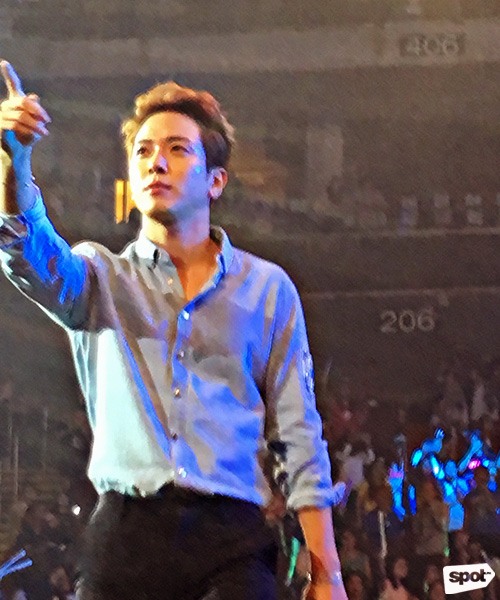 As for CMBlue, Yeong Hwa had hearts fluttering as he blew kisses to different corners of the arena. His performance of "Cinderella" was accompanied with eye-popping fire flares, which energized the crowd even more. 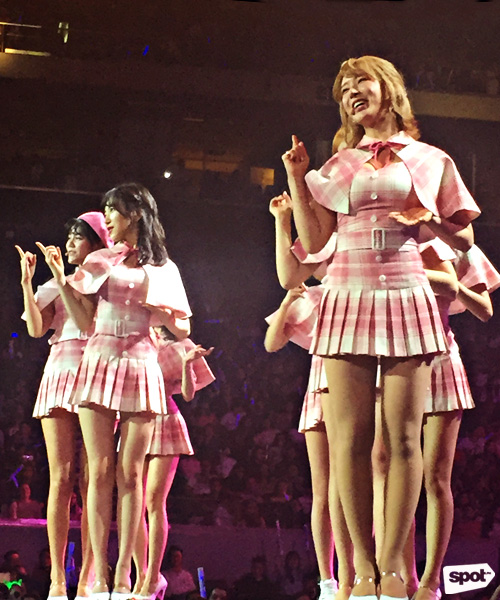 AOA got interactive with the audience, and played a super-cute game of "Who's the most?" 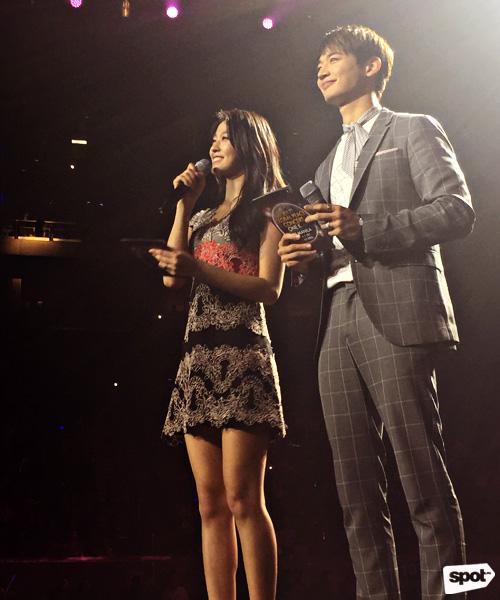 Seolhyun from AOA and Choi Minho from SHINee acted as the event’s hosts, narrating everything in straight Korean. Nobody seemed to mind the language barrier, as the reception was still as unbelievable as ever! 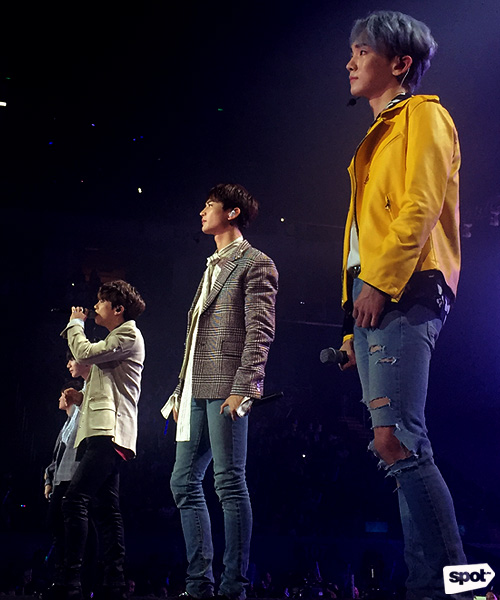 SHINee fans were notably the loudest and the most well represented in their light blue shirts; after all, it's the first time they've ever seen all of them in Manila! (During their first trip to the country, Choi Minho missed out due to scheduling conflicts.) 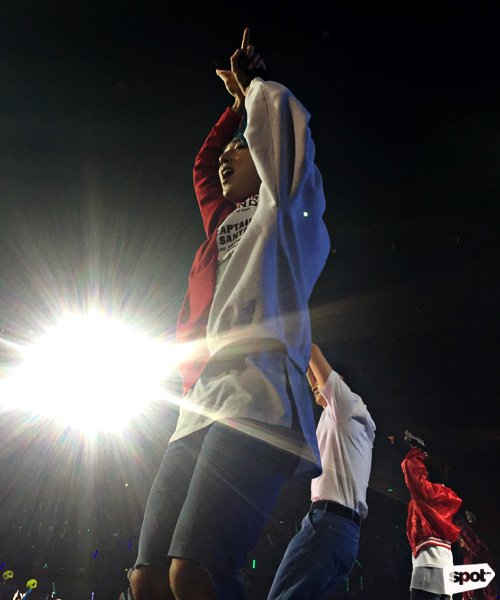 B1A4's Baro also got interactive with the loud audience, and showed off a super-cute dance move for the song, "Beautiful Target." 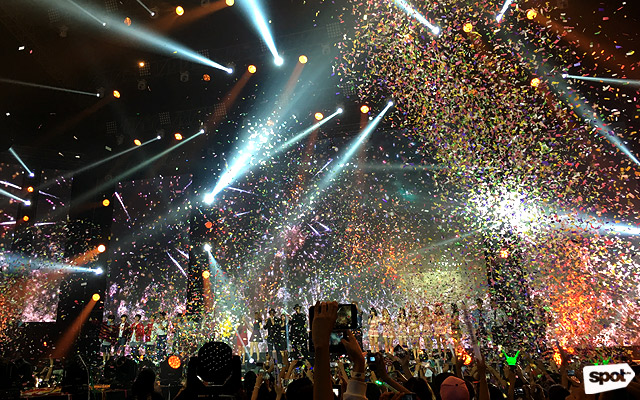 Goosebumps moment! All of the KPop stars finally converged together onstage singing their theme song "One Dream, One Korea" as they were showered in a flurry of confetti.

Psy Shinee Cnblue Aoa Btob K-Pop Bap B1a4
Your Guide to Thriving in This Strange New World
Staying
In? What to watch, what to eat, and where to shop from home
OR
Heading
Out? What you need to know to stay safe when heading out