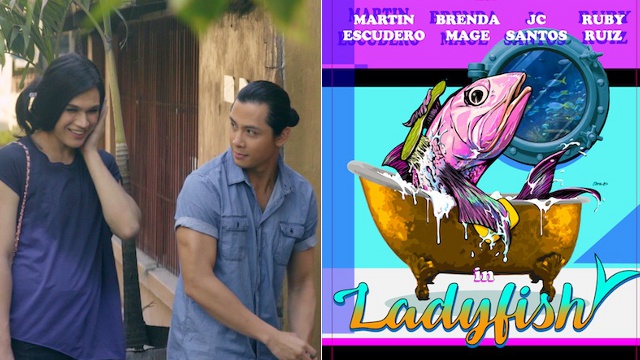 The SPOT.ph Guide to the 3rd Sinag Maynila Film Festival

Mark your calendars for March 9 to 14.

(SPOT.ph) Movie fans are in for a treat this month, because another film festival is hitting local cinemas across the Metro! Now on its third outing, Sinag Maynila Film Festival has gone through a revamp, expanding its lineup to include short films and documentaries.

Here is a quick rundown of the five feature films you can expect to see this week.

Director Joel Lamangan makes his foray into independent filmmaking with a crime drama about two small-time felons who steal from the rich to help the poor. Their paths cross when they develop mutual disdain for another competitor.

Spanning 50 years, this docu-drama is a personal account of the growth of hip-hop dance in the Philippines. The film covers every fascinating aspect of the genre, from Penthouse 7 in the '70s to Dance 10 in the '80s, and finally, Pinoys who join international dance competitions today.

To provide for his family, Boy works as a cockfight bet taker by day and a market vendor by midnight. This is his daily routine—until one fateful day changes everything.

This LGBT-themed entry centers on Kaye, who is unjustly fired from her job and must sell homemade soap to make ends meet. When her best friend appears at her doorstep with her adopted son asking for help, the two must face the challenge of raising a family in a judgmental society. The film stars JC Santos, Martin Escudero, and Brenda Mage.

This film revolves around an indigenous community in Mindanao who, by tradition, must go up to the mountains to bury and grieve for a member who passed away. As they make their way back to the village, they encounter a group of abusive soldiers who refuse to leave their home.

Tickets are at regular cinema prices, depending on the venue. For more information and the full list of screening schedules, visit Sinag Maynila's Facebook page.

Film Screening Screening Sinag Maynila Film Festival Sinag Maynila
Your Guide to Thriving in This Strange New World
Staying
In? What to watch, what to eat, and where to shop from home
OR
Heading
Out? What you need to know to stay safe when heading out