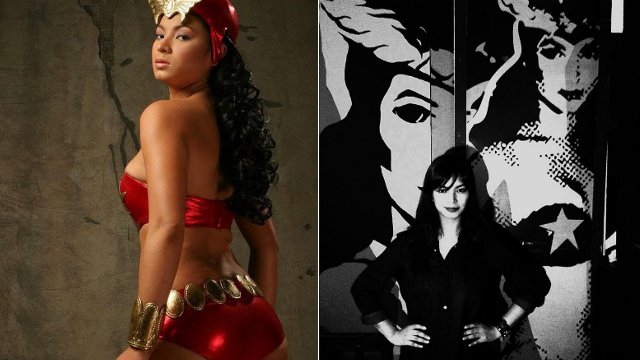 You won't be seeing her in the star-spangled costume any time soon.

(SPOT.ph) It's for real this time: Angel Locsin is hanging up the star-spangled costume that initially made her a star. According to a report from ABS-CBN News' MJ Felipe, Locsin and Star Cinema cited health risks as the reason behind the decision.

In the TV Patrol report, Locsin's doctor did not give her clearance to do the role because she felt pain in her back again. (The actress initially backed out of the project after announcing spine damage, but has since underwent therapy for her injury.) "Gusto kong magawa siya kasi parang ang daming umaasa. Ayaw kong maka-disappoint kahit alam ko na inilalagay ko na ang sarili ko sa risk," she said.

Director Erik Matti admitted that the role was physically strenuous, saying, "There's going to be a harness, a lot of flight. Medyo ayaw din namin mag-risk kasi kawawa siya. Sayang lang, she would have been really good as Darna."

In a previous interview with SPOT.ph, Matti said his approach to Mars Ravelo's character would be "more serious" but still "popcorn entertainment." In terms of the character, he explained that she would be a "strong and independent" woman facing "modern-day issues [...] such as gender roles and how she sees herself."

So far, neither Matti nor Star Cinema have announced a replacement for the role. Some names that have cropped up include Pia Wurtzbach, Nadine Lustre, Liza Soberano, Jessy Mendiola, Anne Curtis, Maja Salvador, and Yassi Pressman.

Angel Locsin Darna Erik Matti
Your Guide to Thriving in This Strange New World
Staying
In? What to watch, what to eat, and where to shop from home
OR
Heading
Out? What you need to know to stay safe when heading out