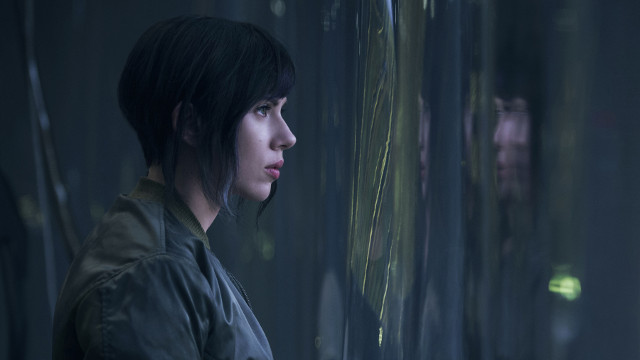 MOVIE REVIEW: Ghost in the Shell hides its emptiness behind beautiful visuals

Scarlett Johansson stars in this visually insane adaptation of the Japanese manga.

(SPOT.ph) There aren't a lot of Hollywood films based on Japanese manga series, and the ones that have been made aren't the greatest—think 2008's Speed Racer and 2009's Astro Boy and Dragonball Evolution. Admittedly, the 2017 adaptation of the beloved Ghost in the Shell, starring, quite controversially, Scarlett Johansson, is a step above the aforementioned films. Visually it's gorgeous and stunning, but it lacks strong emotional spirit and thematic depth to be anything special.

In an unnamed future, the human race has begun to cybernetically enhance themselves by surgically getting stronger limbs, new scope-like eyes, data that saves all your memories, and more. Along with these advancements, a team of doctors led by Dr. Ouelet (legendary French actress Juliette Binoche in a role that prompts the question “What are you even doing in this film?”) and funded by Hanka Robotics have created the so-called first cyber-enhanced human: the Major (Johansson), whose brain was recovered from a dying person and placed in a fully robotic body.

The Major is teamed with Section 9, a counter-terrorist group led by Chief Aramaki (legendary Japanese actor Takeshi Kitano) tasked to handle cybercrime terrorist attacks. Major does the work, but also wrestles with her past and trying to remember what life was like before her brain was placed in a robot body. Section 9 faces off with a hacker named Kuze (Michael Pitt), who threatens members of the Hanka Robotics team and Major herself.

Casting Johansson as the lead in an action-blockbuster seems like a good idea, if not a great one. She's a capable and bankable actress, and she's had her fair share of fierce, ass-kicking roles. Casting her as a robot assassin also sounds absolutely perfect, as she's played both a robot and an assassin before. Eyebrows were raised when she was cast as the lead of a presumed Asian-led Ghost in the Shell (and there's even a plot point in the film that might add fuel to the fire of this whole controversy), so you can't help but think how much more interesting this film could've been with a different lead. 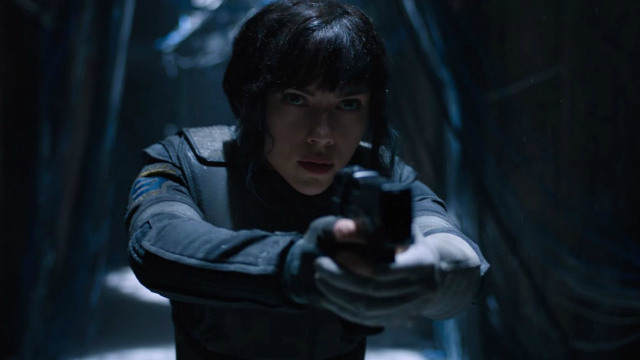 It really isn't Johansson's fault, as the film never quite captures her steely charm. She's perfectly fine and she does her ass-kicking extremely well, but she's saddled with a too-serious character lacking real emotion as doesn't come off as empathetic. When you should be cheering for her, you just feel kind of indifferent, which is sad because Johansson is usually good at getting the audience to like a supposed emotionless human or object. You're better off enjoying her work as a sad alien in Under the Skin or an enhanced human in Lucy, or a phone in Her—all of which make better use of her skills.

The rest of the cast do what they can with a heavy-handed script. Not even Binoche can do justice to lines that go something like, “You have a shell, but your ghost lives inside it.” Nothing is subtle about this film except the much-welcome performances from Binoche and Kitano. Pilou Asbek as Major's fellow Section 9 fighter Batou ia allowed moments of charming greatness, whereas Pitt as Kuze is not given enough to really make his role menacing and memorable. 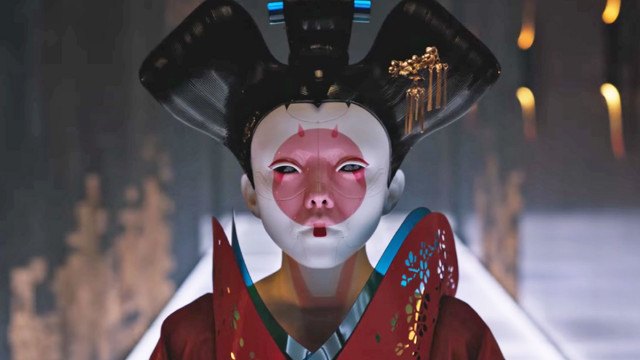 The best part of the film is its cyberpunk technology-heavy world. The gorgeously designed skyscrapers, roads, and ads are stunning. The movie is excellent when it plays around with the idea of enhanced humans and robots, like when a human-like character suddenly pulls their eyes off and sticks a USB into it to read files. The production and costume design are near-exquisite in the most punkish of ways. There is so much painstaking detail, from a building that looks like moving water, to even just little bits of electricity moving through wires that you don't notice unless you actually look for it. Director Rupert Graves mirrors the same spectacular visuals from his previous film, Snow White and the Hunstman, making every crazy part of the fictional world look and feel plausible.

Aside from a lead that doesn't connect as often as you'd like, this film's story of a person who can't remember their past just doesn't feel fresh anymore. When Ghost in the Shell first came out, its concept was mind-blowing but nowadays, this is a story that doesn't quite feel as relevant or different. It's still engaging in some ways and you do want to learn more about where Major comes from but beyond that, you can kind of zone out and just watch its gorgeous visuals and that would be an even better experience. Sadly, much like its title, Ghost in the Shell is merely floating emptiness hidden inside a visually stunning outer shell.

Ghost in the Shell is now showing in cinemas nationwide. Photos courtesy of Columbia Pictures.

Ghost In The Shell Scarlett Johansson Film Review Movie Review
Your Guide to Thriving in This Strange New World
Staying
In? What to watch, what to eat, and where to shop from home
OR
Heading
Out? What you need to know to stay safe when heading out