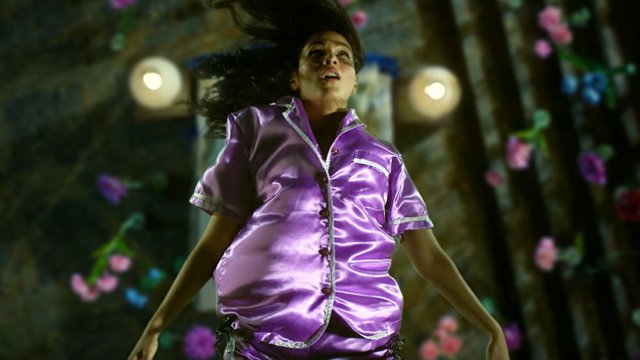 (SPOT.ph) Many movie fans were thrilled when Heneral Luna director Jerrold Tarog aannounced his return to the silver screen with a new psychological horror, Bliss.

Although initially planned for a May 10 release in local theaters, the film was rated "X" by the MTRCB and will not be allowed for public exhibition. Although an exact reason behind the rating has not been announced, a report by PEP.ph quoted Noel Ferrer (the handler of the film's star, Iza Calzado), who said the thriller contains "explicit nudity scenes."

In the same report, the producers, TBA Studios, said that they will be appealing for a second review. In most cases, films of a similar nature will have to edit the offensive scenes and will mostly likely be given an R-18 rating.

Bliss tells the story of an actress (Calzado) who begins to experience a series of unending, terrifying nightmares. It also stars Ian Veneracion, TJ Trinidad, and Adrienne Vergara. The film landed Calzado a Best Actress trophy at the recently concluded Osaka Asian Film Festival in Japan.

So far, both Tarog and the MTRCB have yet to release a statement on the issue.

Pinoy Indie Film Indie Film Mtrcb Bliss Tj Trinidad Ian Veneracion Iza Calzado Jerrold Tarog
Your Guide to Thriving in This Strange New World
Staying
In? What to watch, what to eat, and where to shop from home
OR
Heading
Out? What you need to know to stay safe when heading out