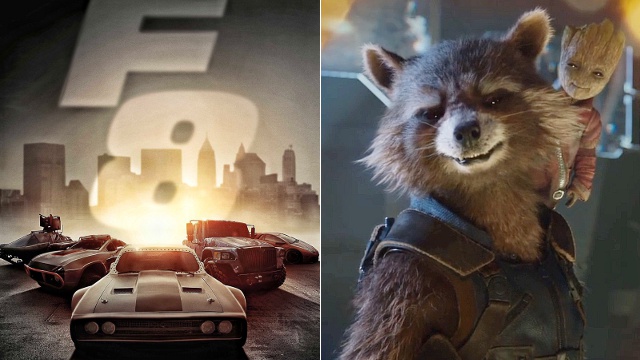 (SPOT.ph) Stuck in the Metro this summer? Don't worry, because there are plenty of exciting films to see in cinemas this April! There's a little something for everyone, including a highly anticipated sequel, a new Fast & Furious installment, and a last-minute influx of movies from the awards season. Keep your calendars open, Spotters!

Ewan McGregor's directorial debut has him playing the devoted patriarch of a seemingly perfect family. Everything falls apart when his daughter (Dakota Fanning) is accused of committing a terrible crime. The film also stars Jennifer Connelly and Uzo Aduba.

Awards season may be long over, but you still have a chance to catch this former contender in theaters. Five-year-old Saroo (Sunny Pawar) gets lost in the middle of Calcutta's busy streets and is adopted by an Australian couple. Twenty-five years later, Saroo (Dev Patel) sets out on an epic search to find his real family.

Life-long best friends Willie (Morgan Freeman), Joe (Michael Caine), and Albert (Alan Arkin) are swindled out of their retirement funds. In desperation, they embark on a daring bid to steal from the bank that took their money.

Directed by F. Gary Gray, the eighth installment of the Fast & Furious franchise shows the gang retired from the game and retreating into a normal life. Things change, however, when Dom (Vin Diesel) is seduced back into the world of crime. The ensemble cast includes Dwayne Johnson, Jason Statham, Michelle Rodriguez, Scott Eastwood, Tyrese Gibson, Ludacris, and Charlize Theron.

Featuring an all-star voice cast, this animated comedy is about how a new baby's (Alec Baldwin) arrival will impact Tim's (Tobey Maguire) family. The sibling rivalry gets even more interesting when Tim realizes his new brother is actually a spy on a secret mission.

Kristen Stewart plays Maureen, a young American working as a personal shopper for a celebrity. Don't be fooled, though: we soon find out that Maureen has the ability to communicate with spirits. The eerie psychological thriller competed for the Palme d'Or at the 2016 Cannes Film Festival.

Ready for more head-bopping music from "Awesome Mixtape Vol. 2"? The highly anticipated sequel to the 2014 runaway hit reunites Star-Lord (Chris Pratt) with the rest of the gang as they help him learn more about his parentage. Directed by James Gunn, the film also stars Zoe Saldana, Dave Bautista, Vin Diesel, Bradley Cooper, and Kurt Russell.

Originally a CineFilipino 2016 entry, 1st Sem revolves around the complicated relationship of Precy (Lotlot de Leon) and her son, Maru (Darwin Yu). The coming-of-age comedy gets interesting when Maru foregoes his promising college education and returns home to the province.

It's 1939 and a couple, Jan (Johan Heldenbergh) and Antonina (Jessica Chastain) Zabinski, are the happy owners of a flourishing Warsaw Zoo. When their country is invaded by the Nazis, the couple must work with the Resistance to save hundreds of lives.

Voice From the Stone

Set in 1950s Tuscany, Voice from the Stone is the suspenseful story of Verena (Game of Thrones' Emilia Clarke), a nurse who is mysteriously drawn to helping a young boy who has gone mute after his mother's sudden passing.