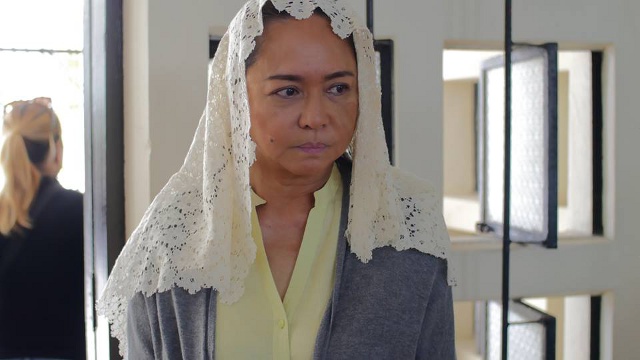 Lav Diaz and Charo Santos-Concio Are Doing Another Film Together

The entire movie will be shot in Singapore.

(SPOT.ph) Critically acclaimed director Lav Diaz will be shooting another film with ABS-CBN Chief Content Officer Charo Santos-Concio, following the success of Ang Babaeng Humayo. Santos-Concio revealed in an interview with PEP.ph that the film will be about the hardships of OFWs in Singapore.

“It’s about an OFW who comes home to bury her son but na-delay ‘yong flight niya so she had to stay in the Singapore airport,” she said.

This is where her character will meet younger OFWs and get to know their way of thinking. “They work hard for their families but they are also thinking of themselves. Hindi na katulad noong previous generation na nakakalimutan ang sarili, ang nasa isip lang nila ay 'yong pamilya nila,” Santos-Concio says. “They forget about their own happiness. They forgot to love themselves," she adds.

She goes on to describe her character as someone who has been working abroad for about 20 to 30 years. It is only during the untimely death of her son that she is forced to return home.

Her first project with Diaz was the 2016 film Ang Babaeng Humayo (The Woman Who Left) which was based on Leo Tolstoy's short story titled God Sees the Truth, But Waits. In Ang Babaeng Humayo, Santos-Concio stars as Horacia Somorostro, a teacher who is framed and jailed for a crime that she did not commit.

Ang Babaeng Humayo was part of the Cinema One Originals film festival and it was later screened at the 73rd Venice Film Festival, where it won the prestigious Golden Lion trophy. Santos-Concio also received a nomination for Best Actress at the 11th Asian Film Awards for her role in the movie.