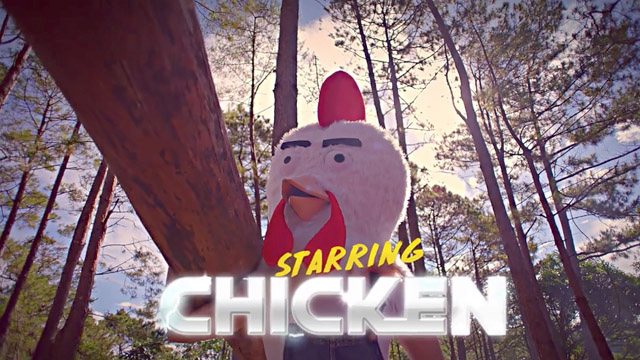 They're not as serious as you think.

(SPOT.ph) Hugot ads seem to be all the rage these days, with a handful seemingly popping up every month or so. Then again, some viral ads are actually on the funnier side but Max's Restaurant takes the humor to an entirely different—and delightfully bizarre—level.

Their newest promo delves into the history of their slogan "The House That Fried Chicken Built" quite literally, with a trippy approach that involves video game effects, mascot heads on top of human bodies, and lots of rubber ducks. (Seriously, if you haven't seen it yet, we urge you to.)

We spoke with Jim T. Fuentebella, the Chief Marketing Officer of Max's Group about their collaboration with ad agency Petch Worldwide. He explained that the concept remained intact from the ad agency's initial presentation, but it was the production that went through a lot of twist and turns to "enhance the characters, the narrative, and even the song selection."

When asked why they took such a wildly different direction from their usual ads, he simply replied, "Can’t we laugh a little? Haha!" It's an approach that he said was meant to "address a younger market," saying, "We were forced to think and behave differently. We were open to making a departure from what we were doing well traditionally."

In somewhat recent times, Max's ads are usually known for drawn-out storytelling narratives that span multiple chapters, such as the 2004 commercials with Piolo Pascual and then-newcomer Isabel Oli, or #MaxStories in 2016. They also tugged at heartstrings, with a Father's Day-themed mini-movie with filmmaker Brillante Mendoza, as well as Coco Martin's journey to fame.

The inspiration was from the brand's "humor that was present when it all began in 1945." And yes, no matter how many emotional Max's ads you remember, they're actually not as serious as you might expect. "Max’s as a brand enjoys a good laugh," he shared. "We’re not locked into our past. Yes, we need to value where we are because of our heritage but we always need to see the lighter side of things."

So far, the response has ranged from wildly amused to simply bewildered and confused, and Max's seems to be A-okay with that. "We were pretty confident there would be a reaction," said Jim. "It was a risk we wanted to take for various reasons and we are happy to see the conversations and maybe even debates online today."

Max's Restaurant Ads Commercials Viral
Your Guide to Thriving in This Strange New World
Staying
In? What to watch, what to eat, and where to shop from home
OR
Heading
Out? What you need to know to stay safe when heading out