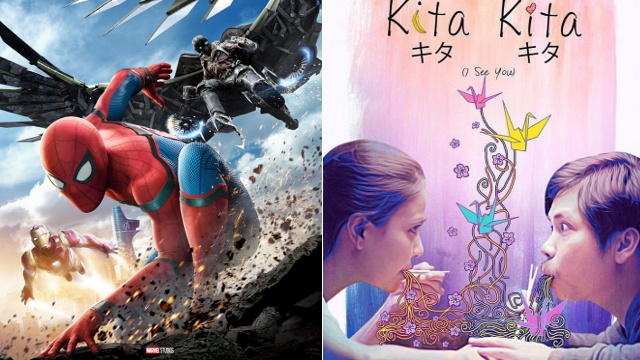 (SPOT.ph) We're officially halfway into 2017, and we almost can't believe how many awesome movies we've seen so far. Brace yourselves because the year has so much more in store for movie fans—especially this July! This month, expect a chilling Netflix original, award-winning dramas, and a new iteration of everyone's favorite webslinger. Mark your calendars for these release dates!

Fans were in for a surprise when a teenage Peter Parker (Tom Holland) made a sudden appearance in 2016's Captain America: Civil War. A 15-year-old Peter is swinging into his own set of problems, including figuring out his newfound superpowers, trying to be part of the Avengers, and just surviving high school. The film also stars Michael Keaton, Zendaya, Marisa Tomei, and Robert Downey Jr.

Directed by Eduardo Roy Jr., the gripping drama revolves around two teenaged street dwellers and their desperate search for their kidnapped baby. In Cinemalaya 2016, the film took home trophies for Best Film, Best Direction, Best Performance of an Actress, Best Editing, and the NETPAC Award.

Director Matt Reeves caps off the critically acclaimed Planet of the Apes trilogy with its most signficant chapter. In the film, an all-out war has broken out between the remaining Apes and the remaining humans, ultimately determining the fate of the Earth. The cast includes Andy Serkis, Woody Harrelson, and Judy Greer.

Netflix's latest offering is a sobering film that centers on a young girl (Lily Collins), as she battles anorexia. She eventually meets an unconventional doctor (Keanu Reeves) who teaches her to face her condition head-on and embrace life. Originally an entry to the Sundance Film Festival, it starts streaming on July 14.

Award-winning filmmaker Sigrid Andrea Bernardo makes her debut in the rom-com genre with an unlikely yet utterly charming love story. Alessandra de Rossi is a woman suffering from temporary blindness; while in Japan, she befriends Empoy Marquez's character.

Three years after Interstellar, director Christopher Nolan finally returns to the big screen with an epic war film that he also wrote and co-produced. Based on real-life events from 1940, Dunkirk tells the story of Allied soldiers who are surrounded by the German army and are evacuated with an incredible plan. The film stars Tom Hardy, Cillian Murphy, Kenneth Branagh, Mark Rylance, James D'Arcy, and Harry Styles (yes, that guy).

Valerian and the City of a Thousand Planets

Based on the popular French comic series, Dane DeHaan and Cara Delevingne play special space operatives tasked to maintain order among humans. Considering that elusive director Luc Besson is best known for his visually spectacular and unique action films like Lucy and Leon: The Professional, the anticipation is pretty high from fans and critics alike. The film also stars an impressive cast that includes Ethan Hawke, Clive Owen, and a shape-shifting Rihanna.

The latest installment in the kid-friendly Disney-Pixar animated franchise has Lightning McQueen (Owen Wilson) determined to prove his worth as a new generation of blazing-fast cars dominate the racing scene.

Now a bonafide action star, Charlize Theron is all set to kick ass in this thrilling action film from John Wick co-director, David Leitch. Here, she plays an undercover MI6 agent whose mission is to take down a spy ring in Berlin during the Cold War. The star-studded cast also includes James McAvoy, John Goodman, Bill Skarsgård, Toby Jones, and Sofia Boutella.

Written and directed by Sofia Coppola, this drama competed for the Palme d'Or at the 2017 Cannes Film Festival and eventually, won her the Best Director award. Set during the American Civil War, an injured soldier (Colin Farrell) takes refuge in an isolated all-girls boarding school. Soon, rivalries and an eerie sexual tension begin to escalate. The cast also features the talents of Nicole Kidman, Kirsten Dunst, and Elle Fanning.

July 2017 Release Dates New Movies Manila
Your Guide to Thriving in This Strange New World
Staying
In? What to watch, what to eat, and where to shop from home
OR
Heading
Out? What you need to know to stay safe when heading out