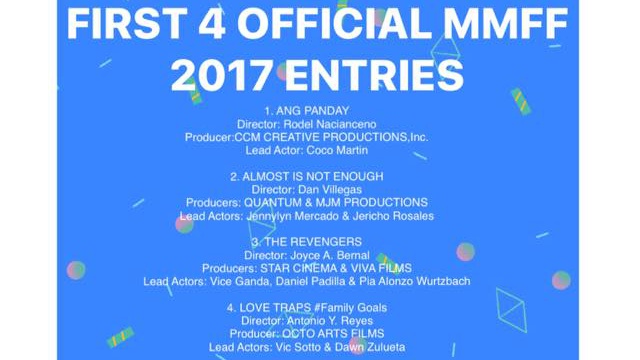 Even they're divided on the issue.

(SPOT.ph) Since the latest Metro Manila Film Festival controversy exploded on social media, the always outspoken director Erik Matti was the first to weigh in on the issue. One of his main points was that if the festival wanted to cater to commercial films, they should simply change their criteria and not "hide behind the vision [of] artistic excellence."

His sentiments were somewhat echoed by the Film Development Council of the Philippines Chair Liza Diño-Seguerra, who finally broke her silence via Facebook. In her lengthy statement, she admitted that she was "not happy with how MMFF is shaping up this year" and continued, "Walang masamang gumawa ng blockbuster films. We all watch Hollywood's money-making films. Kaso ang tanong, 'yon ba ang direksyon ng MMFF? Maybe it's about time to take a closer look into aligning the supposed vision with the real intention of the festival." 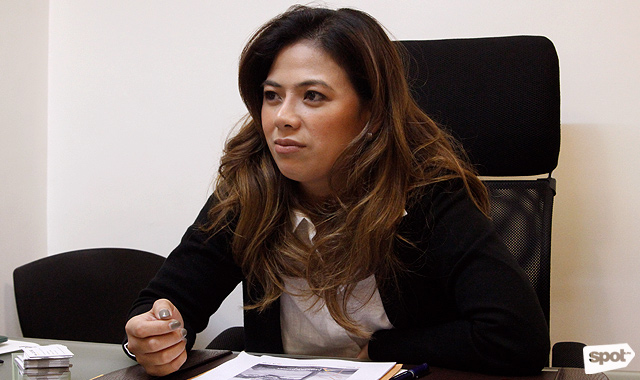 In the same statement, she cited "conflicting" interests within the Metro Manila Film Festival (MMFF) committee and ultimately, it was the majority that won. She added that although the 2016 edition of the festival was an "achievement" for local cinema, its earnings of P400 million were "not enough to sustain a theater industry."

She explained, "In a country where we only have an annual average of 20% audience viewership, they need that Christmas revenue in order to recoup their losses. Mahalaga ang audience turnout when we talk about the business side and a P1 billion loss is no joke kahit saang sektor."

The statement has since received mixed reactions from stakeholders within the industry. Some, like Enzo Williams (director of Bonifacio: Ang Unang Pangulo, The Escort) and Rachel Alejandro (star of the snubbed MMFF 2017 entry, Ang Larawan) expressed support for the Film Development Council of the Philippines (FDCP) Chair.

Other filmmakers disagreed, including Babyruth Villarama-Gutierrez (who won Best Picture for Sunday Beauty Queen in 2016): 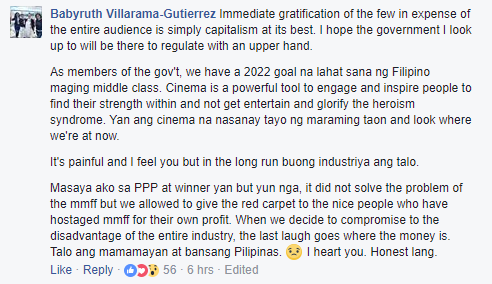 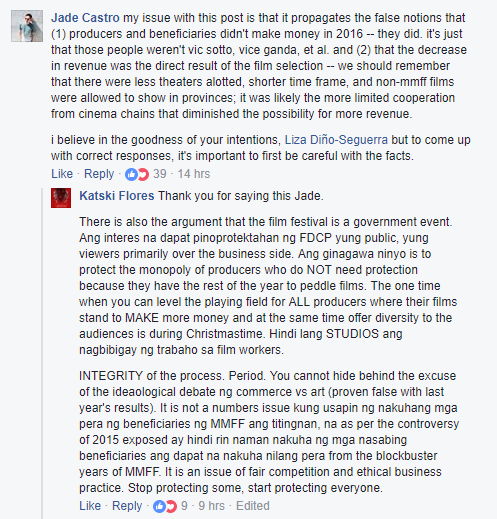 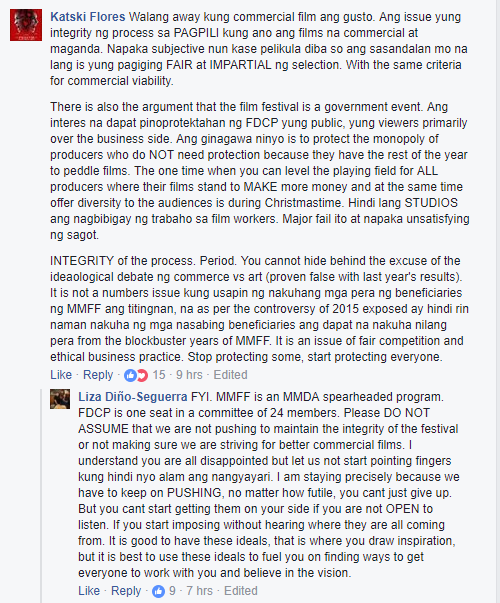 In the same Facebook comments, Emmanuel Dela Cruz (director of Slumber Party) also raised a question about why "anomalous" members of the committee—presumably those who were called to Congress in 2015—were back: 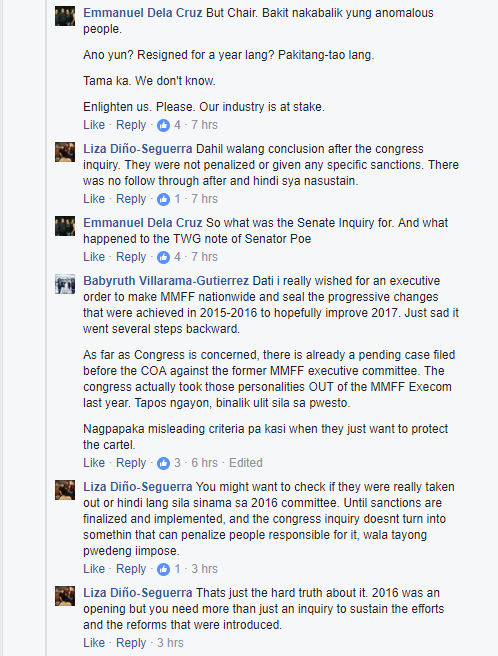 Mmff 2017 Liza Dino-seguerra Liza Dino Metro Manila Film Festival Mmff
Your Guide to Thriving in This Strange New World
Staying
In? What to watch, what to eat, and where to shop from home
OR
Heading
Out? What you need to know to stay safe when heading out