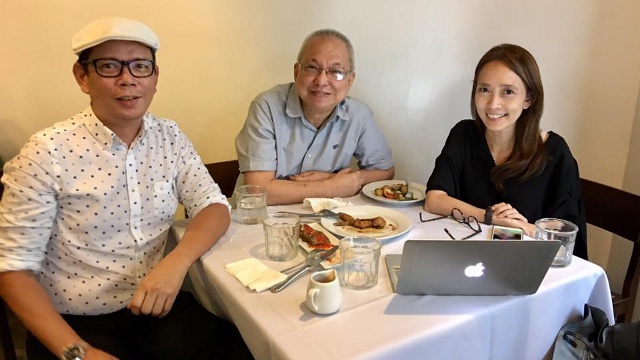 "The Filipino audience deserves no less."

And although they've somewhat kept mum on the issue, the three have finally released a joint statement today, July 5. They said that they only accepted the invitation to be Execom members because they were "excited to maximize the gains of the MMFF 2016."

However, they resigned upon realizing that the committee was "putting too much emphasis on commerce over art." They made it clear, however, that their resignation had nothing to do with the four announced entries, and that they had wanted to resign long before then. (This was previously hinted at by Erik Matti in an interview with the press.)

They also stressed that producing a box-office hit and creating quality films can be done by both major studios and independent film outfits. More than that, they said all excellent films "deserve all forms of support," including being screened for the entire duration of the festival both inside and outside of Manila.

The MMFF is notorious for pulling out low-performing films without prior notice, sometimes even within the first few days of the festival. In 2016, for instance, films like Oro and Saving Sally, had to rally audiences via social media in order to stay in cinemas.

Lee, Tolentino, and Alikpala ended their statement, saying, "We stand committed to seek reforms in the Filipino film industry. We remain steadfast believing in a Metro Manila Film Festival that can once more be a celebration of the finest of Filipino artistry. The Filipino audience deserves no less."

Meanwhile, in a separate statement, Film Development Council of the Philippines (FDCP) Chair Liza Dino-Seguerra said that although she "wasn't happy" with the turn of events, the majority within the Execom had to be followed and added that last year's earnings "were not enough to sustain a theater industry."

Kara Magsanoc-alikpala Ricky Lee Rolando Tolentino Mmff 2017 Metro Manila Film Festival Mmff
Your Guide to Thriving in This Strange New World
Staying
In? What to watch, what to eat, and where to shop from home
OR
Heading
Out? What you need to know to stay safe when heading out