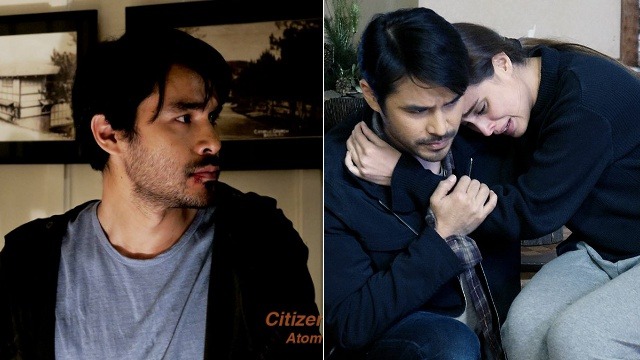 LOL of the day!

(SPOT.ph) The never-ending controversy surrounding the Metro Manila Film Festival (MMFF) brews on. Just a day after the resigned committee members released a statement, Citizen Jake is now throwing some serious shade at the festival. (That means an implied criticism for the titas out there.)

The film's official Facebook page clarified that they never submitted a screenplay for two reasons: that an entry "should always be a film, not a script" because it's "just common sense"; and that aside from a handful of people, the identities of the committee members were "never revealed to the public."

The statement continued to demand for the Execom's credentials with even more shady comments, saying, "They may be qualified (or not) to solve Manila's traffic nightmare, but does this qualify them to pass judgment on film scripts and finished films? Did all these members read all the script entries? Apparently not."

A previous report by Interaksyon.com said that Citizen Jake "may be submitted later in its finished form." The film, directed by one of the greatest Filipino filmmakers Mike de Leon, will also serve as the acting debut of broadcast journalist Atom Araullo.

No specific plot details have been released as of yet, but we do know the titular character is a journalist and the script is written by Araullo, de Leon, and Noel Pascual. It also stars Max Collins, Cherie Gil, Gabby Eigenmann, Luis Alandy, and Teroy Guzman.

Citizen Jake Mmff Mmff 2017 Metro Manila Film Festival Atom Araullo Mike De Leon
Your Guide to Thriving in This Strange New World
Staying
In? What to watch, what to eat, and where to shop from home
OR
Heading
Out? What you need to know to stay safe when heading out