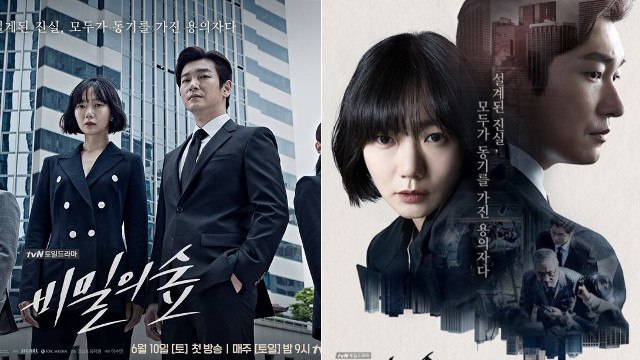 WATCH: This Addictive K-Drama Is One of Netflix's Best Hidden Gems

Have you binge-watched Stranger yet?

(SPOT.ph)  like us, you've spent your entire weekends (or even many late nights) binge-watching on Netflix, then you're probably rapidly running out of things to watch. Luckily for you, the streaming site has plenty of hidden gems—including one that will be perfect for the K-Drama addict in you.

is an edge-of-your-seat crime thriller revolving around Hwang Si- (Jo Seong-Woo), the only honest prosecutor in an office full of corrupt government officials. He teams up with a passionate police lieutenant (Bae Doo-na) to investigate a mysterious crime scene in the city. Together, they find themselves caught in a web of corruption and murder where everyone is a suspect.

Meanwhile, Seong-Woo is one of Korea's most bankable film actors; he is also known for his work in theater productions like Zorro, Rent, Carmen, Jekyll and Hyde, Doctor Zhivago, Hedwig and the Angry Inch, and Sweeney Todd.

is still currently airing in Korea's tvN and new episodes are uploaded on Netflix every Saturday.

Netflix Stranger K-drama Korean Drama
Your Guide to Thriving in This Strange New World
Staying
In? What to watch, what to eat, and where to shop from home
OR
Heading
Out? What you need to know to stay safe when heading out