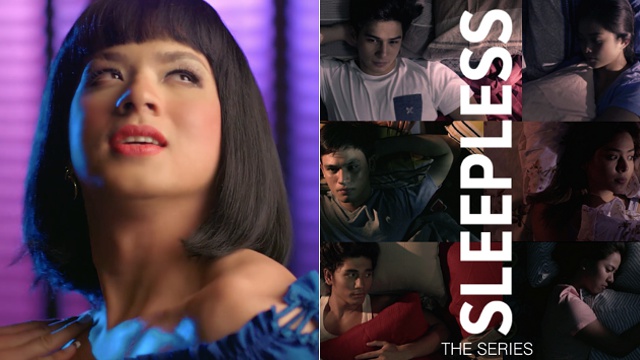 Indie Films Die Beautiful and Sleepless Are Getting TV Spin-Offs

Plus more from your favorite Pinoy indie filmmakers!

(SPOT.ph) We're at the point where Filipino independent cinema is truly thriving, with film festivals cropping up left and right, and unique stories are constantly being told. The same couldn't be said, however, for local television. Of course, there been a handful of truly compelling TV series over the years—with Erik Matti's upcoming On The Job miniseries also on the way—but now, we have even more reason to tune our TV sets.

The IdeaFirst Company, led by award-winning filmmakers Jun Lana and Perci Intalan, will be producing new original shows that will be aired on  Entertainment very soon. So far, four have been officially announced, and they feature some of the best and most promising names from the indie film industry.

Here's what we know so far:

Everyone's favorite BFF is back! Breakout star Christian  will reprise his award-winning role, and the show will be set after Trisha's (Paolo Ballesteros) death in 2016's Die Beautiful. It will depict Barbs' new job as the makeup artist in the funeral parlor that held Trisha's colorful wake. The film's original director, Jun Lana, will be helming the show alongside Perci Intalan.

Originally a QCinema 2015 entry, this other breakout hit is also getting its own spin-off. It will still be directed by Prime Cruz and will follow the stories of six lonely people in search of connections in the wee hours of the Metro.

For your dose of relatable  and laughs, this anthology series will tackle love and the many things that can happen within just 24 hours. Even more exciting, the show is created by Sigrid Andrea Bernardo (Ang Huling Cha-Cha Ni Anita and Kita Kita) and Ivan Payawal (I America).

Created by Miko Livelo (I Love You to Death) and Dominic Lim (The Write Moment), this quirky and promising show follows three guys whose lives revolve around a pretty girl.

Die Beautiful Sleepless Jun Robles Lana Perci Intalan The Ideafirst Company Sigrid Andrea Bernardo Prime Cruz
Your Guide to Thriving in This Strange New World
Staying
In? What to watch, what to eat, and where to shop from home
OR
Heading
Out? What you need to know to stay safe when heading out