James Reid Is Set to Play the Role of Pedro Penduko
Loading
Already a member? Log in
No account yet? Create Account
Spot.ph is your one-stop urban lifestyle guide to the best of Manila. 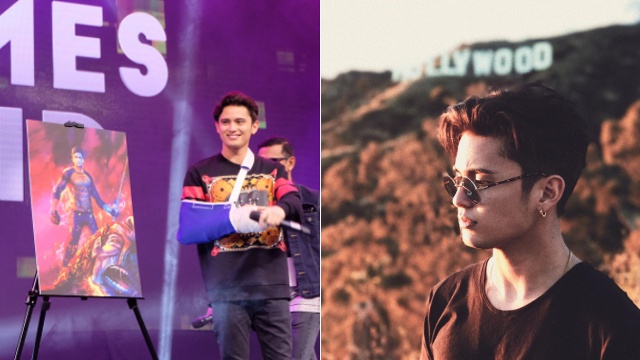 James Reid Will Be Playing Pedro Penduko in a New Movie

The komiks character is getting an onscreen treatment.

(SPOT.ph) Another popular  hero is headed to the big screen! According to a report from ABS-CBN, James Reid is confirmed to play Pedro Penduko in an upcoming movie adaptation.

The original story, written by National Artist Francisco , revolves around an everyday Filipino man who fights off evil with the help of a magical amulet. According to the same report, the reimagined version will have Reid playing a "wimpy teen" named Peter Harris, a Filipino who has lived in the U.S. all his life.

After his father passes away due to a mysterious accident, he flies back to the Philippines in search of his estranged mother, only to stumble upon a mystical curse and an ominous evil that threatens to destroy the town.

The announcement was made during the opening day of the annual History Con at the World Trade Center in Pasay City. Reid, who was at the event, said that filming has already begun and will continue on until 2018.

The new Pedro Penduko movie is written by Regene Estolatan of Epik Studios, but a director has yet to be named in reports. The studio was also previously responsible for a reimagined graphic novel launched at New York Comic Con in August 2016.

Previous actors who have played the character include Efren Reyes Sr., Ramon Zamora, and most recognizably, Janno Gibbs, who starred in two films. Aside from this movie, Reid has recently released a new studio album, Cool Down, and is also a host of the noontime show, It's Showtime.

James Reid Pedro Penduko Epik Studios Komiks
Your Guide to Thriving in This Strange New World
Staying
In? What to watch, what to eat, and where to shop from home
OR
Heading
Out? What you need to know to stay safe when heading out