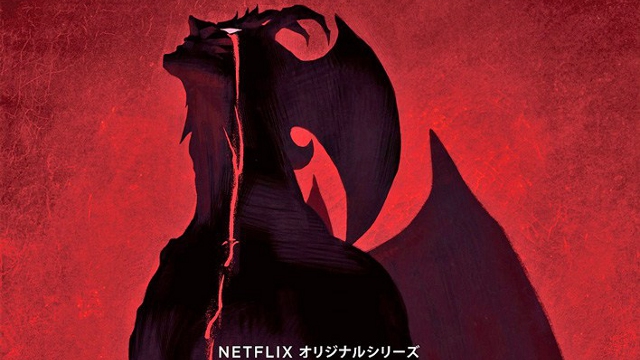 LOOK: Netflix's New Anime Lineup Will Have You Pumped From Now Till 2018

There's something for everyone, even if you aren't a big anime fan.

(SPOT.ph) Avid TV fans are already well-aware of Netflix's original programming, but did you know they've also recently expanded into new territory with anime? With the currently streaming adaptation of the 1989 video game, Castlevania, a Hollywood adaptation of Death Note, and plans to do a Godzilla movie trilogy, the streaming site has unveiled a lineup of over a dozen new shows and movies that will have you pumped all the way into 2018.

Here are just some of the titles you can expect to stream on your screens very soon.

This original sci-fi series is set in a futuristic Tokyo, where scientific research goes horribly wrong, producing an "out-of-control artificial life form" called Matter that threatens humanity itself. A young girl, who lost her family to the Matter, might just hold the key to stopping it—but first, she needs to infiltrate its quarantined place of origin.

Helmed by Masaaki Yuasa and based on the popular manga series that dates all the way back to the '70s, this new show will take the story to darker and more adult territory. An ancient race of demons has returned to take over the Earth from humans, and the only way to stop them is to adapt their supernatural powers by uniting with an actual demon. When a man named Akira takes on the task, he struggles to control his newfound powers and retain his humanity.

Blending magic with medieval elements, Fate/Apocrypha mainly centers on an age-old epic war between various clans with incredible, unique powers. The 25-episode series is slated for streaming in November.

In this fictional world, nothing else matters except gambling—so much so that a gambling school was actually built. The show follows the students of this school, who all put their money, and even lives, on the line for gambling glory.

These following titles don't have trailers yet as of writing, but they're also worth looking out for, including:

Streaming New Tv Shows Anime Anime Slate Netflix
Your Guide to Thriving in This Strange New World
Staying
In? What to watch, what to eat, and where to shop from home
OR
Heading
Out? What you need to know to stay safe when heading out