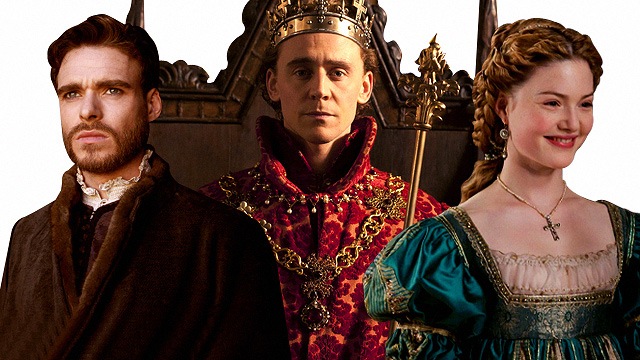 10 Addicting TV Shows to Watch After Game of Thrones

(SPOT.ph) As of writing, the seventh season of Game of Thrones is coming to a close, which means you'll have to wait for practically another year to find out what happens next. Though not a lot of shows may compare with Thrones' exhaustive narrative and big-budget effects, there are plenty of period dramas that are just as juicy and intriguing. Even better, a lot of them are based on real-life events, which makes the story even more compelling.

So grab some snacks and settle in, because these addictive shows will make you miss Game of Thrones a little bit less—or even hold you over until the next season.

The White Queen is set during War of the Roses—the historical event that inspired George R.R. Martin to write Game of Thrones. Based on the best-selling book by British author Philippa Gregory, the story is told from the perspective of the women who were caught in the middle of this war. The “White Queen” pertains to Elizabeth Woodville, the low-born noble who married Edward IV of England. The sequel, The White Princess, tells the story of Elizabeth of York, their daughter, who had to marry Henry Tudor to finally end the war.

Starring the likes of Tom Hiddleston and Benedict Cumberbatch, The Hollow Crown is based on William Shakespeare’s historical plays that spanned from the reign of Richard II of England in the 1300s until Richard III of England in the 1400s. The series explains the civil and political unrest that led to the War of the Roses, as well as its immediate aftermath.

One of the most controversial monarchs of France was Louis XIV, also known as The Sun King, who was responsible for building the iconic Palace of Versailles to keep his hold on power. A known womanizer who had a taste for all the finer things in life, the series narrates Louis’ struggle for survival as he outmaneuvers enemies from outside and within his court.

Known as the “Original Crime Family,” this fascinating series follows the rise and fall of Pope Alexander VI a.k.a. Rodrigo Borgia (Jeremy Irons), and his rumored incestuous children, Lucrezia (Holliday Grainger) and Cesare (Francois Arnaud). With other noble families constantly plotting their downfall, the Borgias must cheat, marry, and kill to maintain their power and influence over 15th Century Italy. Fun fact: The Borgia family inspired author Mario Puzo to write The Godfather.

After the War of the Roses comes the reign of the Tudors, the most infamous of which is Henry VIII who had six wives. The series stars Jonathan Rhys Meyers as Henry VIII and Natalie Dormer as Anne Boleyn. Though the story of Henry VIII has already been told countless times in other series, movies, and documentaries, The Tudors is a rather flamboyant and dramatic retelling of how one man divided his kingdom again and again for the loves of his life.

A historical drama filled with fantasy elements, this series follows a young Leonardo Da Vinci (Tom Riley) as an eclectic artist and inventor hired by the rich and powerful Medici family in Florence, Italy. Set during the Renaissance, the story explores Da Vinci’s constant battle with the church and his involvement with a mysterious organization called the Sons of Mithras.

Set in 15th Century Italy, this political drama stars Thrones alum Richard Madden as a young Cosimo de' Medici, who is thrust into power and inherits the Bank of Medici after his father's mysterious passing. The series follows Cosimo as he navigates treacherous Florentine politics, while also exploring his relationship with his father (Dustin Hoffman). A second season, now revolving around Lorenzo de' Medici (better known as Lorenzo the Magnificent), has also been announced.

A sheltered, young girl becomes the queen of England in Victoria, a new series about one of the most famous female monarchs in English history. The young queen, played by Doctor Who’s Jenna Coleman, immediately becomes the target of ambitious politicians and scheming relatives. She must quickly learn to realize who her true allies if she hopes for a long and peaceful reign.

A young Elizabeth II of England tries to balance family and duty in The Crown, one of the most expensive Netflix shows to date. The series shows the queen as a strong-willed young woman who must learn to adjust to her new role as she maintains a relationship with her husband, her sister, and the rest of her court.

First aired on HBO, Rome is one of the network's first forays into the epic historical genre. Many of the show’s characters were based on real people, but the main characters of the show are two soldiers named Lucius Vorenus and Titus Pullo, whose lives are connected by key historical events during the Roman Republic, including the murder of Julius Caesar.

Game Of Thrones TV Show Hbo Period Tv Show
Your Guide to Thriving in This Strange New World
Staying
In? What to watch, what to eat, and where to shop from home
OR
Heading
Out? What you need to know to stay safe when heading out