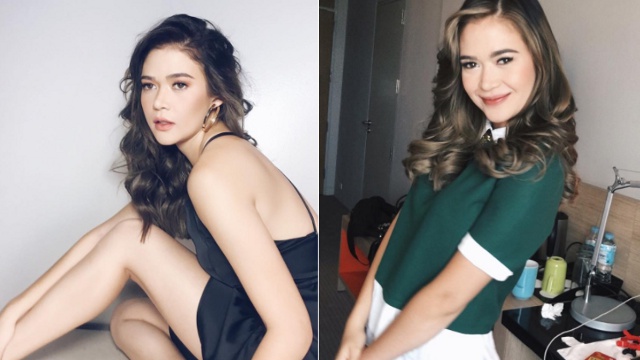 LOOK: Actress Bela Padilla Is the Scriptwriter of the Piolo-Toni Reunion Movie

(SPOT.ph) Bela Padilla is best known for her onscreen work in projects like Ang Probinsyano, 10,000 Hours, Camp Sawi, and more recently, 100 Tula Para Kay Stella. It turns out that this talented actress is pretty impressive behind the camera, too!

Padilla is confirmed to have penned the upcoming reunion movie of Piolo Pascual and Toni Gonzaga, entitled Last Night. (It will also be helmed by Joyce Bernal.) Fun fact: Padilla was part of award-winning screenplay writer Ricky Lee's highly competitive scriptwriting workshop in 2016, alongside familiar names like Giancarlo Abrahan (Dagitab, I'm Drunk, I Love You), Gino Santos (Ex With Benefits), and Kiri Dalena (The Guerilla Is a Poet).

According to a report by ABS-CBN's Push, Padilla wrote the story "from scratch," and she even went Manila to write several scenes. The theme is reportedly a "dark romantic comedy," which she said is one of her favorite genres. "Even when I read, I am more attracted to books that are a little bit darker, may theme na suspense, thriller," she told the site.

Plot details and an exact release date have yet to be revealed, but we do know that both leading stars were all praises for the script. Gonzaga, for one, said that it actually made her accept the "mature" role in the first place. "Actually PJ [Pascual's nickname] ng script . Tapos akin. Sabi , 'May , mo mo.' Binasa ko. In one sitting ko ," she said.

The last time fans saw both Pascual and Gonzaga together onscreen was in 2014 for the hit rom-com Starting Over Again.

Bela Padilla Piolo Pascual Toni Gonzaga Last Night Joyce Bernal Movie Pinoy Movie
Your Guide to Thriving in This Strange New World
Staying
In? What to watch, what to eat, and where to shop from home
OR
Heading
Out? What you need to know to stay safe when heading out