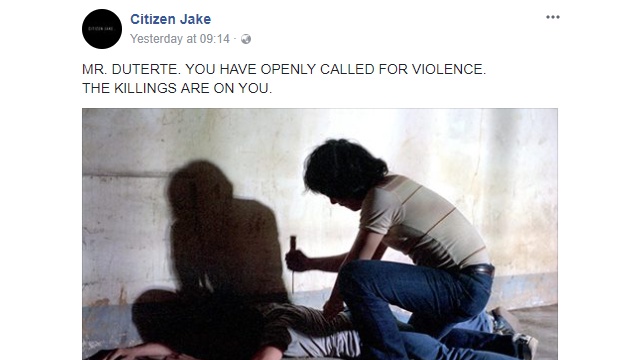 They're really vocal about Marcos, too.

(SPOT.ph) Veteran filmmaker Mike de Leon has never been one to shy away from commenting on political issues. Some of his most notable work, like Batch '81 and Sister Stella L., serve as disturbing allegories to inequality, injustice, oppression, human rights, and Martial Law.

So it probably comes as no surprise that his new film, Citizen Jake, will likely do the same. Although the movie has yet to be released in theaters, its Facebook page has been openly criticizing President Rodrigo Duterte's current war on drugs.

Yesterday, September 7, the page posted screencaps from Batch '81, with some truly savage commentary: 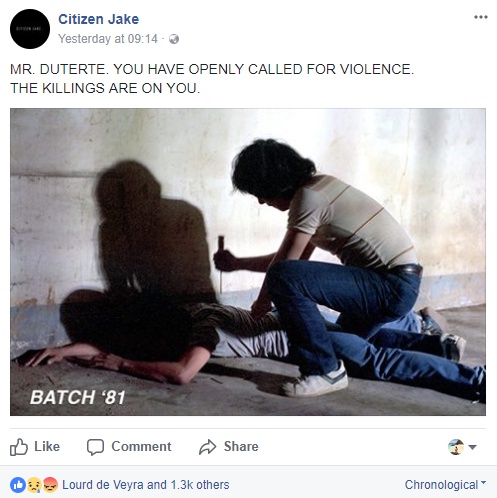 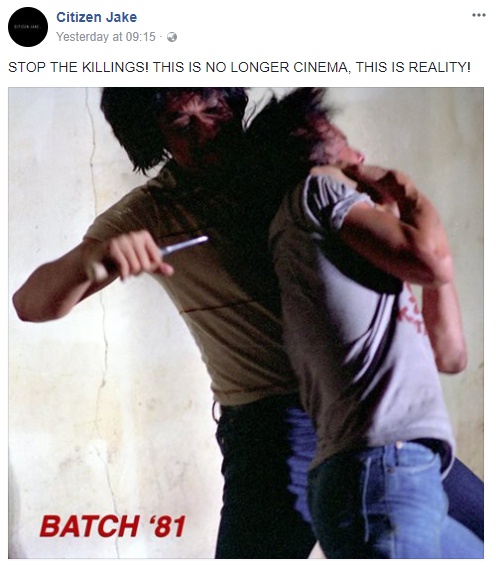 This isn't the first time the page has commented on the news. On August 30, they shared a 2016 statement from de Leon during the time Bongbong Marcos was about to run for vice president:

They also had some very harsh words to condemn the death of 17-year-old Kian Loyd Delos Santos:

When a commenter told them to "stick to promoting [their] film," the Facebook page responded succinctly: "It is our belief that one cannot separate art from politics in a developing country like ours. Several of the films of Mike De Leon issues and Citizen Jake, while still maintaining a strong narrative, cannot escape tackling these same issues, especially in the disturbing times we live in. Thanks for the comment."

Citizen Jake serves as the filmmaker's comeback project after 15 years. Atom Araullo stars as the titular journalist, alongside Luis Alandy, Cherie Gil, Gabby Eigenmann, Teroy Guzman, and more. Both de Leon and Araullo penned the script with Noel Pascual. So far, a release date has yet to be announced.

Citizen Jake Mike De Leon Atom Araullo Indie Film Pinoy Indie Film
Your Guide to Thriving in This Strange New World
Staying
In? What to watch, what to eat, and where to shop from home
OR
Heading
Out? What you need to know to stay safe when heading out