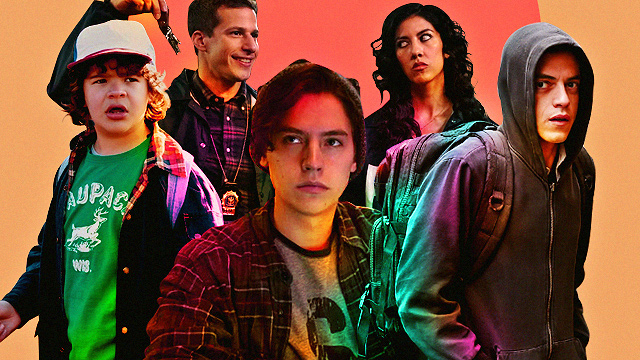 Your Guide to When Your Favorite Shows Are Returning to TV

Mark your calendars and prepare to stay in.

(SPOT.ph) September doesn’t just mean rain-soaked traffic jams and more Jose Mari Chan songs on the radio. The -Ber months also usher in new seasons of some of your favorite TV shows, which means we all have more reasons to stay cooped up indoors. From side-splitting comedies to must-see dramas, we round up the TV series making a return this late 2017.

Now on its third season, the gripping drama deals with a narco world without Colombian drug kingpin Pablo Escobar. Pedro Pascal reprises his role as real-life DEA agent Javier Peña as he takes on a new threat: The Cali Cartel, whose narcotics business is now booming with Escobar finally out of the way.

We’re not horsin’ around; Bojack Horseman’s fourth season is finally here. Expectations are naturally high for one of Netflix’s most critically acclaimed original series, which centers on a washed-up sitcom actor from the ‘90s (Will Arnett) who struggles with returning to celebrity relevance. Season 4 will reportedly show a more compassionate side to the arrogant and self-centered and will feature the new voice talents of Zach Braff, Matthew Broderick, RuPaul, and Felicity Huffman.

Are you ready to start crying in front of your laptop all over again? The Golden Globe-nominated tearjerker follows the intertwined lives of siblings Kate, Kevin, and Randall, while also delving into flashback scenes from the '80s to '90s. The second season is expected to have 18 episodes, and the show has already been renewed for a third.

Hijinks and laugh-out-loud moments are on the way, but Season 4 left off with a major cliffhanger. When we last saw Jake (Andy Samberg) and Rosa (Stephanie Beatriz), they were framed for bank robbery by a corrupt lieutenant; Season 5 will begin with the two cops trying to survive behind bars.

It’s been a rough road for criminal defense attorney Annalise Keating (Viola Davis) and her group of ambitious law students. The last season may have solved the mystery behind who killed Wes (Alfred Enoch) and freed Annalise from being accused of his murder, but there are still plenty of juicy and unanswered questions for the upcoming Season 4. Expect a total of 15 episodes this time around.

Though it might get crazy and ridiculous at times, Shonda Rhimes’ political drama has always been addicting and binge-worthy. Season 6, in particular, focused on the shocking assassination of the newly elected president—and how all the characters somehow had a hand in his death. Prepare to say your goodbyes because Season 7 will reportedly be the show’s last.

If Season 1 of Netflix’s immensely popular Riverdale focused on who killed Jason Blossom, Season 2 will likely be about Fred Andrews (Luke Perry) being shot in front of his son, Archie (KJ Apa). There will be a total of 22 episodes this time around, so there’ll be plenty of room to tackle Jughead (Cole Sprouse) and the Southside Serpents, the return of Veronica’s (Camila Mendes) father, and the brewing Archie-Betty-Veronica love triangle.

Since first airing in 2015, this critically acclaimed thriller drama has won and been nominated for dozens of awards, including an Outstanding Lead Actor trophy for Rami Malek. Three seasons in and things are looking grim for Malek’s cyber-vigilante Elliot, who was last seen trying to survive a critical gunshot wound. Season 3 will feature 10 episodes and now includes a new addition to the cast: Boardwalk Empire and Master of None actor Bobby Cannavale.

If the first trailer is anything to go by, Season 8 will be full of explosive action, nail-biting suspense, and bloody zombie-killing. Fans can also expect an epic, ultimate face-off between Rick Grimes (Andrew Lincoln) and their violent nemesis, Negan (Jeffrey Dean Morgan). Its premiere episode, set for October 22, will be the show’s 100th episode. (Has it really been that long?!)

Everyone’s favorite squad is back—with some unfamiliar faces in tow, too! After a recently released series of ominous character posters, fans finally get a look at new cast members, Power Rangers star Dacre Montgomery as a rumored bully, Bill, and Sadie Sink as Max, who could likely befriend the kids you know and love. And yes, Eleven (Millie Bobby Brown) will definitely be back.

Narcos Bojack Horseman This Is Us Brooklyn Nine-nine How To Get Away With Murder Scandal Mr. Robot The Walking Dead Riverdale Stranger Things Netflix Returning Tv Shows Tv Shows
Your Guide to Thriving in This Strange New World
Staying
In? What to watch, what to eat, and where to shop from home
OR
Heading
Out? What you need to know to stay safe when heading out