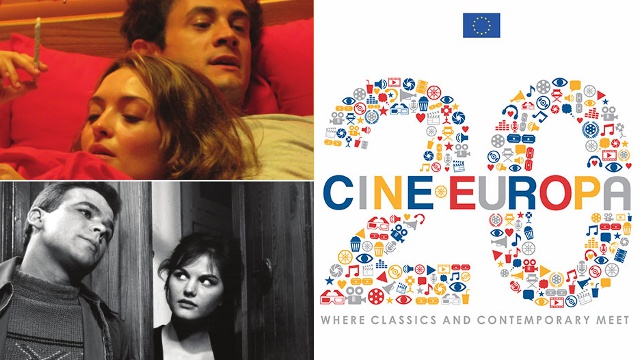 The SPOT.ph Guide to the 20th Cine Europa Film Festival

(SPOT.ph) You don't need to wait for a seat sale to have a taste of European culture. All you need to do is mark your calendars from September 16 to 26 to catch film screenings at the 20th Cine Europa Film Festival. A total of 24 films from all across Europe will be screened at the Shang Cineplex Cinema 2 in Shangri-La Plaza!

The best part? It's all for free, and on a first-come, first-served basis. Tickets will be distributed 30 minutes before screening. If you don't know where to begin, here are the 10 films you really shouldn't miss.

Set during the Commune of Paris uprising in 1871, this film follows Babette, a French fugitive who takes shelter in a fishing village—upturning their lives completely. This Danish film took home the Oscar for Best Foreign Film in 1988.

This 1962 surrealist film revolves around a lavish dinner party where guests realize they are mysteriously unable to leave the room. Over the days that follow, they each shed their facades and their true colors emerge with macabre results. The New York Times cites the satirical flick as one of the "best 1,000 films" of all time.

Think of this film as a "choose your own adventure" of sorts. You watch as terrorists hijack a plane filled with 164 passengers and plan to steer it into a football arena housing 70,000 people. Major Lars Koch decides to shoot the plane and is charged for murdering 164 people. Now, the actual audience must be the jury and determine if it's a crime to kill a few to save tens of thousands. The film will play an alternate ending depending on the vote of the audience.

This harrowing tale centers on Ti, a young girl whose single mother claims that demons have taken over their apartment, forcing the former to live in isolation with her. The twist is that Ti neither sees nor hears the demons her mother fears.

This Italian drama follows Aureliano, a young filmmaker who finds himself at the center of a terrorist attack while shooting on location in Iraq. After being seriously wounded and brought back to Italy, he learns that the press has been fed a different narrative from the actual events.

Academy Award-nominee Isabelle Huppert stars as a singer fading into obscurity as she works in a factory. When she meets and falls for an aspiring boxer, he inspires her to stage her comeback.

Nina is a young artist who returns to her hometown after a long absence, only to find herself at the center of gentrification in Brixton, London. The daring, award-winning drama blends various genres in one, including documentary, fiction, performance art, and animation.

Inspired by paperback crime novels and based on historic events post-World War I, this film follows a quirky detective duo as they search for an elusive murderer in a German town (that would later be known as Bratislava).

A man's 94th birthday party with friends and relatives spirals out of control when half of the guests try to convince him to confess his sins to a priest. The other half argue that no one should be forced to do something against their will.

This crime-comedy is considered one of the masterpieces of Italian cinema. It revolves around a group of small-time thieves who plan a burglary, targeting a state-run pawnshop in Rome.

Film Festival Shangri-la Plaza Cine Europa Cine Europa 2017 Film Screening
Your Guide to Thriving in This Strange New World
Staying
In? What to watch, what to eat, and where to shop from home
OR
Heading
Out? What you need to know to stay safe when heading out