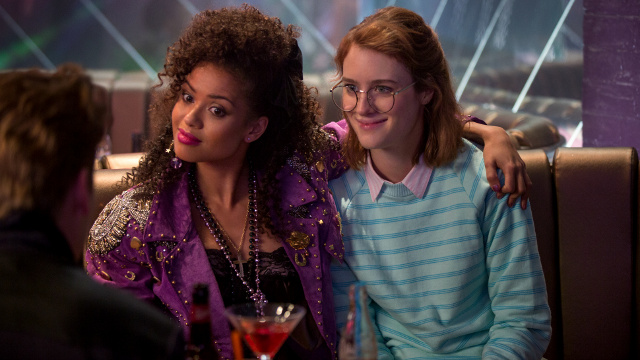 (SPOT.ph) For avid TV fans, the annual Emmy Awards is one of the most exciting times of the year. The 2017 edition was no exception, with familiar titles like Stranger Things, How to Get Away With Murder, and House of Cards scoring nominations.

Even if you can't stream The Handmaid's Tale in the Philippines (yet), there are still plenty of other Emmy-winning shows that you can binge-watch at home.

The political satire has entertained audiences with its sharp humor for six seasons, and lead star Julia Louis-Dreyfus has won an Emmy trophy for her role during every single season. That makes her the first performer who has won the most Emmys for the same role.

Although HBO's Veep won major comedy awards, Aziz Ansari's critically acclaimed gem still took home a statue for the emotionally driven "Thanksgiving" episode. Written by Ansari and co-star Lena Waithe, the episode featured their younger characters as Denise (Waithe) grapples with her sexuality and coming out to her mom.

Where to stream: Fox+

Atlanta may be a relatively young show compared to its other competitors, but it has already made its mark on the comedy landscape. The show won creator-slash-writer-slash-director Donald Glover multiple awards, making him the first black person to win as Best Director. Atlanta will return in 2018 after Glover wraps up filming the Han Solo movie, where he's playing Lando Calrissian.

This seven-episode miniseries was a major winner in its category, landing Nicole Kidman and Laura Dern trophies for Best Actress and Best Supporting Actress, respectively. Based on a novel of the same name, the show revolves around the seemingly perfect lives of three mothers as they unravel to the point of murder.

Netflix's popular dystopian sci-fi impressed critics and audiences with its standalone episode, "San Junipero," which aired in Season 3. Written by creator Charlie Brooker, the standout episode stars Gugu Mbatha-Raw and Mackenzie Davis as two women who fall in love in a virtual-reality world in the neon-filled '80s.

Although Big Little Lies dominated the Limited Series category, The Night Of's breakout star, Riz Ahmed, still managed to take home an acting trophy for his powerful performance of a Pakistani-American student accused of a murder he can't remember. If Ahmed's face is familiar, you've probably also seen him in the recent Star Wars: A Rogue One Story movie.

Emmys Emmys 2017 Streaming Emmy Awards
Your Guide to Thriving in This Strange New World
Staying
In? What to watch, what to eat, and where to shop from home
OR
Heading
Out? What you need to know to stay safe when heading out