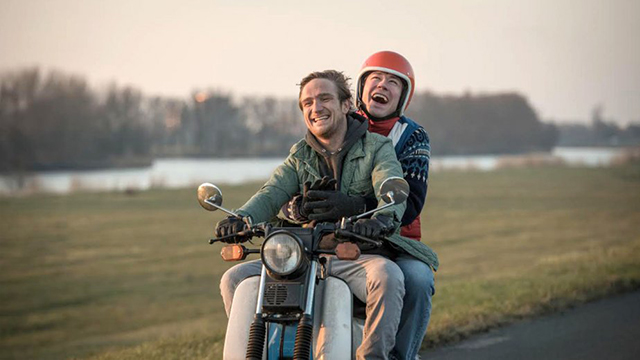 The SPOT.ph Guide to the German Film Week

(SPOT.ph) Great news, film buffs! It’s time to get your friends together and plan a movie marathon because the German Film Week is happening from September 27 to October 5. There’s no need to worry whether you’re coming from the North or the South because they’ll be having screenings at SM North EDSA and SM Mall of Asia. (Heads up: They’ll also be having screenings of the movies in Clark, Cebu, and Davao in October!) From indie movies and mainstream movies to romantic comedies, dramas, and thrillers, this year’s lineup has something for everyone.

You also don't need to break the bank because tickets are only P100. Now that you don’t have any more excuses to not catch a screening or two, here’s a quick rundown of all the must-sees:

This comedy-drama is the opening film of the Film Week and its premiere screening on September 27 will be held for free on a first-come-first-serve basis. In the movie, Ben (Frederick Lau) doesn’t want his disabled younger brother to be sent off to a foster home after their mother passes away. So they go on an adventure to find their estranged father in order to stay together.

After visiting a refugee shelter, Angelika (Senta Berger) decides to bring home with her Diallo (Eric Kabongo), which upsets her husband. Diallo moves in with the wealthy family and suddenly all the children come back bringing with them problems of their own. This lighthearted comedy depicts the Hartmanns' struggle to solve their problems while adjusting to one another.

When the president of Katchekistan is kidnapped, the German government calls on their former spies to help rescue him. They turn to Jochen Falk (Henry Hübchen) to lead his old team and bring the president back. But the government also enlists up-and-coming agent Paula Kern (Antje Traue) to keep the old men in check. What nobody knows is that Falk is still holding a grudge against Kern’s father.

Max Zorn’s (Stellan Skarsgård) wife is waiting for him in New York for the promotional tour of his book, which details a love affair that didn’t last. While in New York, Zorn runs into the woman with whom he shared a special relationship 17 years ago. They decide to go back to where it all happened—Montauk. And while there, they rekindle old feelings but also old regrets.

Ines (Sandra Hüller), who works as a corporate strategist in Bucharest, is surprised when her father Winfried (Peter Simonischek) starts making an effort to talk to her and spends more time with her after his dog died. At first, Ines ignores him. But when he puts on a wig and fake teeth and introduces himself as Toni Erdmann, her new life coach, she begins to take notice.

A comedy isn't usually the genre of choice for a film about the Holocaust but this romantic movie is anything but the usual. As a researcher about the Holocaust, the no-nonsense Toto (Lars Eidinger) is made to work with his eccentric French intern Zazie (Adele Haenel) who is the granddaughter of a Holocaust victim. In time, the two have an affair, while Toto’s wife encourages him to enjoy life more. Things get more complicated when the family secret Toto tries hard to hide is revealed.

When he was admitted into a mental hospital during the Third Reich, Ernst Lossa (Ivo Pietzcker) discovered that it was all just a front. Knowing that the hospital was euthanizing young boys, Ernst makes it his mission to sabotage the program to save his new friends despite the threat of punishment. This movie is based on a real-life story and a novel of the same name.

Based on an autobiography by Saliya Kahawatte, this drama-comedy shows how he strived for his dream to work at a luxurious hotel in Munich despite his deteriorating eyesight. Saliya, played by Kostja Ullmann, goes through life without an aid and without anyone knowing that he cannot see anything.

Goethe Institut German Film Week Film Festival International
Your Guide to Thriving in This Strange New World
Staying
In? What to watch, what to eat, and where to shop from home
OR
Heading
Out? What you need to know to stay safe when heading out