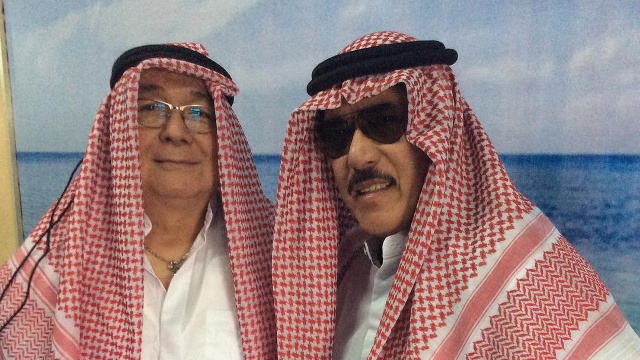 The Most Controversial Moments From Eat Bulaga

The hosts' comments on depression weren't the first to draw flak.

In May 2015, Eat Bulaga was widely criticized after a "Problem Solving" segment where a gay man asked how he could prevent his children from being discriminated against for having a gay father. Jose Manalo advised him to change how he dresses, saying, "Ang solusyon ay ikaw. [...] Magagawa mo ba na hindi ka na maggaganyan ng hitsura? Pero beki ka pa rin."

Meanwhile, Sen. Tito Sotto told him, "Sa madaling-salita, ibalik sa closet." This immediately sparked outrage from the LGBT community, notably with an open letter from a single lesbian mom, who wrote, "I feel sad for the guy for trusting you with what he is going through only to be treated that way."

In September 2013, the MTRCB summoned two GMA Network shows, including EB, for a "mandatory conference" over "scenes allegedly insensitive and unfriendly to children." The concerned scene, which aired in July that year, reportedly showed host Vic Sotto "[spitting] juice on the face of child actress-host Ryzza Mae Dizon" in a segment called "Ang Joke Ko."

In July 2016, Tito Sotto was lambasted (again) over yet another series of controversial remarks, this time concerning "victim blaming." He and co-hosts Jose Manalo and Wally Bayola were speaking with a guest who said her male friend had taken advantage of her while she was drunk. Sotto responded, saying, "Kasalanan ng lahat ng iyan eh ang pag-inom. Kababae mong tao pa-shot shot ka?" to which Manalo added, "Ano suot mo? Naka-shorts ka 'no?"

During the Halloween special of the noontime show in 2015, both hosts appeared on the program wearing Muslim garb. The two quickly drew flak over their costume choice, with many calling it "disgusting," "shameful," "racist," and "insensitive." In a Facebook post, Governor Mujiv Hataman of the Autonomous Region in Muslim Mindanao (ARMM) called for the hosts to issue a public apology. Sotto said they had "nothing to apologize for" because his friend from Saudi Arabia gave him the costume and did not object to him wearing it.