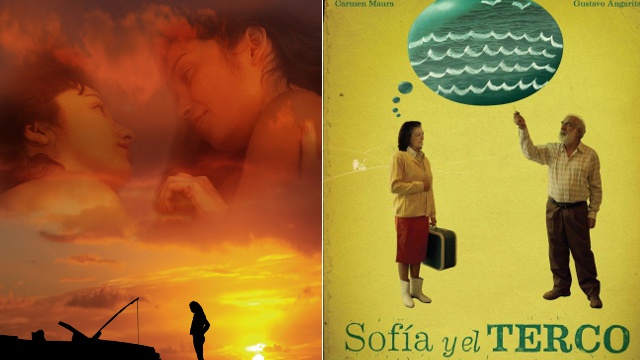 (SPOT.ph) Admit it: You probably blew through your Christmas bonus over the weekend. Luckily for you, there are plenty of free film screenings around the Metro that cater to penny-pinching movie fans.

Head to Shangri-La Plaza from now through December 10 to catch the first-ever Cine Latino Film Festival, which showcases movies from Argentina, Brazil, Chile, Colombia, Mexico, Panama, and Venezuela. Best of all, admission is free and on a first-come, first served basis!

Here are the films that you can still watch until Sunday, December 10:

Despite all his success, 42-year-old Rafael struggles with his responsibilities and just can't escape his father's shadow. After suffering a heart attack, he reconnects with an old friend and learns to reevaluate his life.

In this comedy, a difficult mother spends her twilight years at odds with her family. When they accidentally believe she has passed away, her family's perspective about her changes.

This film revolves around a housing project in the '60s that eventually became one of the most dangerous places in Rio de Janeiro. It tells the intersecting stories of people living in this violent community. This critically acclaimed title was nominated for four Academy Awards in 2004.

This biopic tells the rags-to-riches story of two poor boys who grow up to become one of Brazil’s biggest (Brazilian "country" music) singers, Zeze di Camargo and Luciano. This film is one of the most successful movies in Brazil for the past 20 years.

Set in what was, at the time, the largest coal mine in the world, Subterra follows the quest of one courageous man determined to improve the working conditions of his fellow miners. As their bosses plan the expansion of their vast empire, the workers fight for change.

All their lives, Sofia and her husband, Gustavo, live in a small village in the Colombian countryside, Sofia longs to see the ocean as she has seen nothing but mountains. Gustavo, on the other hand, always seems to have reasons to delay the trip.

This film revolves around an elderly couple, Antonio and Bertha, who find themselves in deep trouble when their pensions are suspended due to Mexico's financial crisis.

Cine Latino will also be screening a collection of six short films from Mexico, including one about a two-day romance and another about a ghost and the tragedies that shaped her life.

In this hilarious comedy, two housekeepers for the aristocratic González-Dubois family are tired of being mistreated and hatch a plan to take control of the mansion.

Shaken by a tragedy, two brothers must decide between keeping their family together or pursuing their soccer dreams.

In this heart-wrenching family drama, a dying grandfather tries teaching his six-year-old granddaughter the importance of the simple things. Sadly, his daughter decides to send him away to a hospital against his will. He then tries to plan an epic escape with the help of his granddaughter.