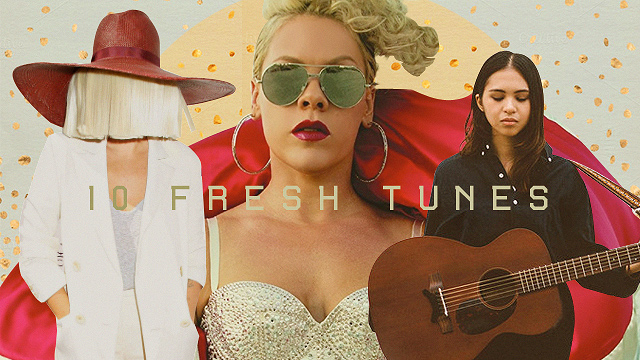 10 New Songs to Add to Your Playlist This December 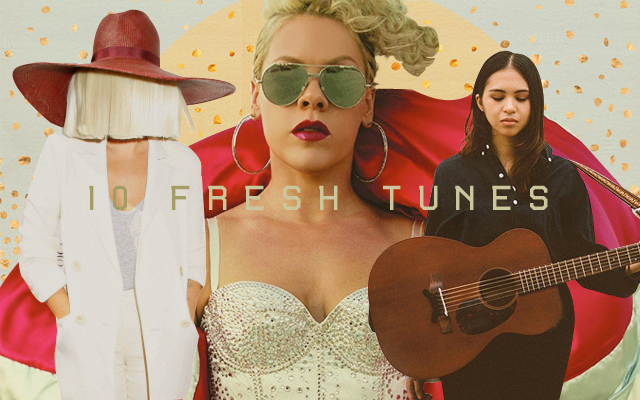 (SPOT.ph) End 2017 with a round of new music that will have you bopping while waiting for noche buena. Have a listen to Sia's holiday tune, Miguel's chill single, Ed Sheeran and Beyonce's sweet duet, and and Sam Smith's soulful number. Don't miss out on the freshest tracks from Clara Benin, Rizza Cabrera, Quest, She's Only Sixteen, and more. Happy listening and happy holidays!

Song: "Santa's Coming For Us"

This holiday jam off Sia's eighth studio album (and first Christmas album) features a catchy tune that brings holiday cheer minus the cheesiness. Here, the Australian singer-songwriter's vocals relax a little bit as she lets the radio-friendly melodies shine.

Fun fact: The music video for "Santa's Coming For Us" features Dax Shepard, Kristen Bell, Caleb McLaughlin, among other celebrities.

Although she's on hiatus from performing live, indie-folk musician Clara Benin isn't taking a break from music. She just released "Parallel Universe," a bittersweet heartbreak track that can seriously make you ugly-cry. In it, she sings, "In a parallel universe, maybe you'd be my first. I could be your only one. This universe is a curse."

Fun fact: Benin opened for Oh Wonder in July. It was one of her few performances during her indefinite hiatus.

Song: "Come Through and Chill"

R&B crooner Miguel and hip-hop artist J. Cole collaborate in this lush Salaam Remi-produced track. The new version of the 2016 track is richer and more layered, and therefore deserves a renewed appreciation.

Solo artist Rizza Cabrera's delicate and poignant "One" will take your breath away at first listen. She soulfully croons, with a slight rasp in her vocals, through the strings-led arrangement. Add this to your list of ultimate love songs, stat.

Fun fact: "One" is featured in Anne Curtis and Erwan Heussaff's wedding preview video by Jason Magbanua. In her Facebook page, Cabrera said she was "given the opportunity to personally write a song" for the newlyweds' video.

Ed Sheeran's "Perfect" is made even more, well, perfect, thanks to Queen Bey's participation. Beyoncé enters the second part of the track and lends her divine vocals to the ballad's acoustic version.

Fun fact: Sheeran said in an interview that the original version of the song was meant to be an acoustic version.

Quest never fails to come up with hopeful and feel-good music. His latest, "Tagay," is an inspiring anthem perfect for anyone at any age. The song celebrates courage and toasts to those who bravely fight their battles every day.

P!nk's "Beautiful Trauma" gets a music video treatment that features a dancing Channing Tatum. (Always a bonus, if you ask us.) The colorful visuals and glittery arrangement makes for a memorable pop ballad, but the words are heavy-hearted.

Alternative rock quartet She’s Only Sixteen has released the music video for their second single, "Magic." The emotional and cinematic visuals aptly match the seven-minute track with a very Arctic Monkeys vibe.

Fun fact: Smith takes a tour of the iconic London Palladium Theater in the music video.

Iñigo Pascual continues to make a name for himself in the entertainment industry. In this collaborative project with Singapore-based rapper REQ, Iñigo shows off his smooth R&B vocals to create a refreshing ditty.

Fun fact: The collaboration made its debut at the recent Dahil Sa’yo: A Thanksgiving Concert by Pascual where the two artists performed together.

Music December 2017 New Music Playlist 10 Tunes
Your Guide to Thriving in This Strange New World
Staying
In? What to watch, what to eat, and where to shop from home
OR
Heading
Out? What you need to know to stay safe when heading out